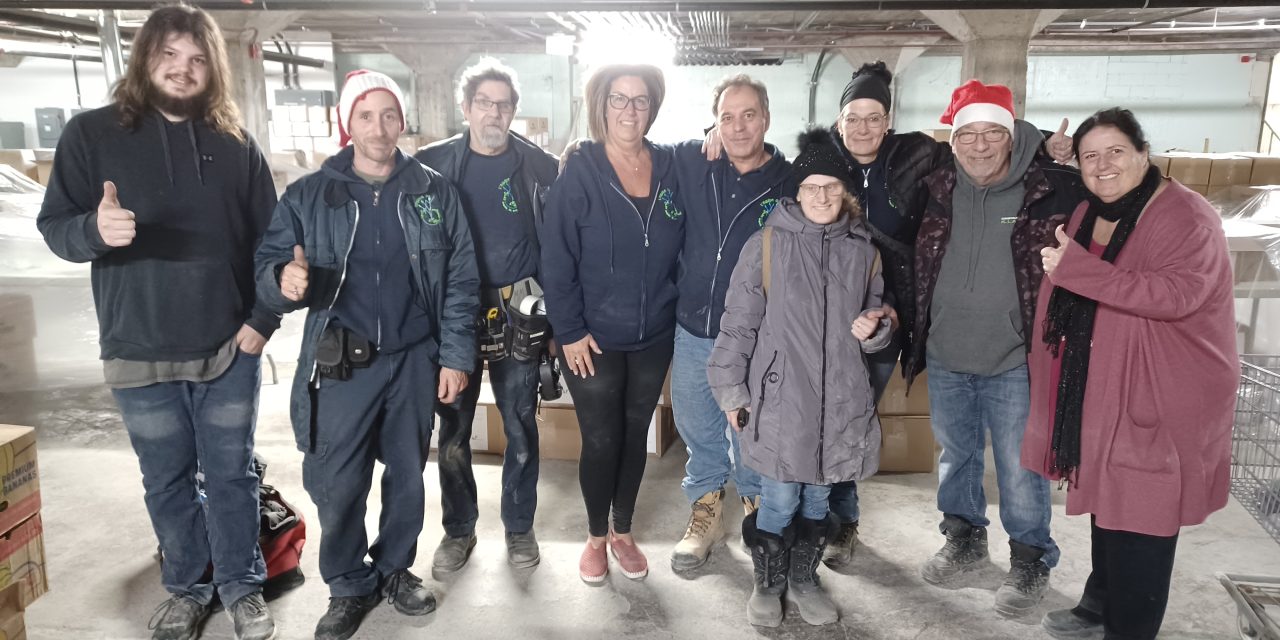 The season is here when local food banks and community service organizations are busiest gathering food and cash donations to ensure everyone has enough to eat.

It was guignolée day in Lachute on Saturday, November 19. According to Centre d’Entraide d’Argenteuil Director-General Louise Desrochers, five teams and about 200 volunteers spent the day going through the community asking for donations of food and cash to support the food bank and its Christmas basket program. All donated food was sorted in warehouse space at the Compagnie Luxor Collection plant on avenue Hamford.

Cash donations were being collected from stopped traffic at intersections throughout Lachute by members of local service clubs, Lachute council and municipal employees, and the MRC d’Argenteuil. Desrochers said all cash donations collected went directly to staff from the Caisse Desjardins d’Argenteuil, who ensured the money was quickly counted and safely deposited at the caisse populaire.

Desrochers said the Centre d’Entraide has received requests for about 500 Christmas baskets, which she believes is a slight increase from last year. In addition to the non-perishable food items collected, the funds collected during the guignolée are used to purchase gift cards redeemable at local supermarkets so people can purchase perishable food items such as produce, meat, and dairy products.