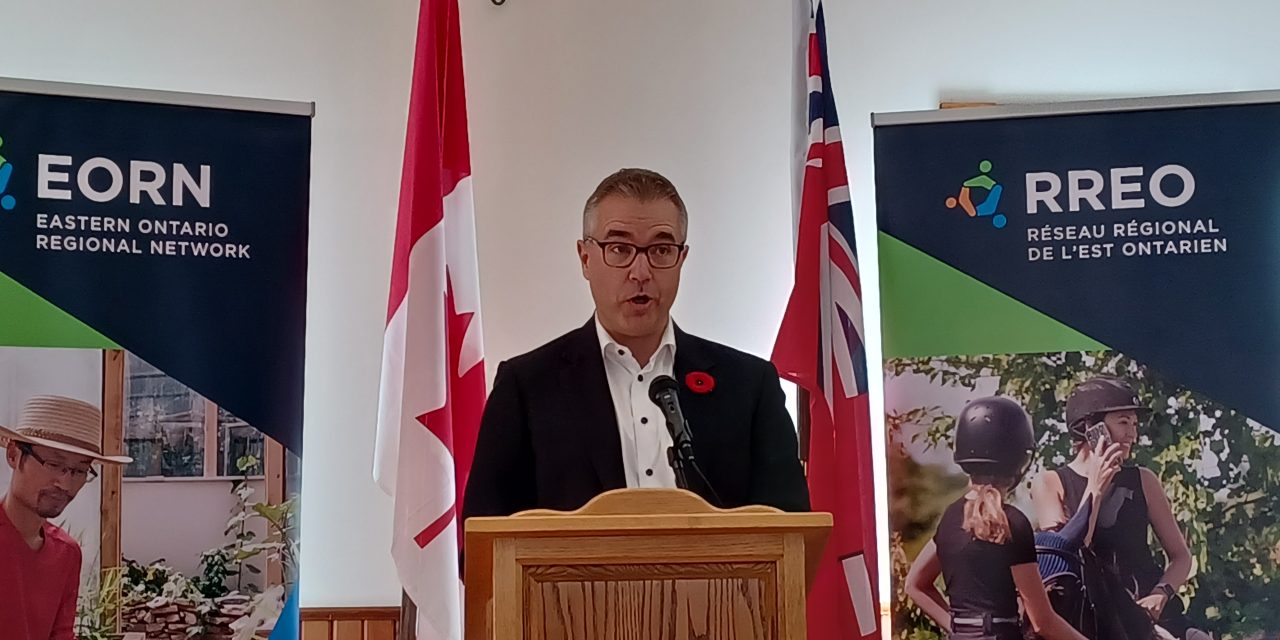 The sound of a cellular phone dropping a call should be a little less common for residents and visitors in certain parts of North Glengarry and Alfred and Plantagenet.

On Monday, November 7, the Eastern Ontario Regional Network (EORN) announced in Maxville that Rogers 5G services are now available in and around Maxville, Greenfield, Glen Robertson, and Wendover.

Four new cell towers were constructed as part of the expansion in North Glengarry and Alfred and Plantagenet. Those towers are part of the 300 new towers and colocations of Rogers equipment with other telecommunications companies, and upgrades to an additional 300 towers which will be completed as part of the EORN Cell Gap Project by 2025. More than 260 sites have already been upgraded.

The area included within the EORN, EOWC, and EOMC goes from Northumberland County, Kawartha Lakes, and Haliburton County in the west to the Ontario-Québec boundary. Russell Township Mayor Pierre Leroux is a member of the EORN Board of Directors.

EORN Lead and Hastings County Chief Administrative Officer Jim Pine said there are “many more steps to take,” to complete the Cell Gap Project, including in remaining areas of need in Prescott and Russell and Stormont, Dundas, and Glengarry.

Rogers Wireless Senior Vice President and General Manager Bart Nickerson said expansion goes ahead faster in areas where approvals have been given.

Those approvals include environmental assessments and consultations with Indigenous people.

“Our community continues to be involved with each cellular tower site,” said Chief Wendy Jocko of the Algonquins of Pikwakanagan (Golden Lake).

When asked if the EORN Cell Gap Project will contribute to lower rates for cellular phone customers, Nickerson federal efforts to increase consumer selection will be the factor that lowers costs.

“As competition grows, it will continue to go down,” Nickerson said.