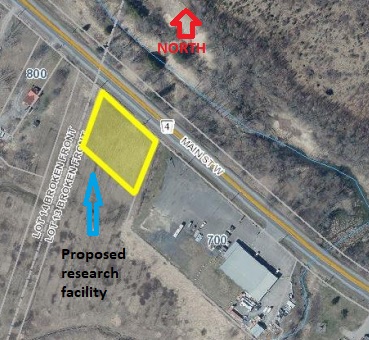 Hawkesbury could soon be home to a fiber optics research and development facility.

On October 11, in one of its final items of business before the municipal election, Hawkesbury town council approved a Zoning By-law Amendment (ZBA) and Official Plan Amendment (OPA), to facilitate plans by O/E Land Inc. to build a new research and development centre on a vacant lot fronting Main Street west, near a right-of-way for the extension of Chartrand Street.

O/E Land projects the new facility will offer five, high-quality jobs during its first year of operation, and more than 15 new jobs will be created during the first three years of operation. The company also believes the research and development facility will help attract other high-tech companies from Montreal and Ottawa to Hawkesbury.

The proposed facility in Hawkesbury will be 6,000 square feet and the company hopes to build it in 2023.

Staff identified that the proposed facility conforms to the Provincial Policy Statement on land use planning.

The development will still be subject to site plan control. As of October 11, no application for a site plan had yet been submitted by O/E Land to the Town of Hawkesbury.

There was no further discussion among councillors on October 11 about the ZBA, OPA, and the proposed fiber optic research and development facility before council approved the by-laws making the changes. The motion to approve the OPA by-law was moved by Councillor Robert Lefebvre and seconded by Councillor Raymond Campbell. Councillor Antonios Tsourounakis moved to approve the ZBA by-law, and Councillor Lawrence Bogue seconded the motion.