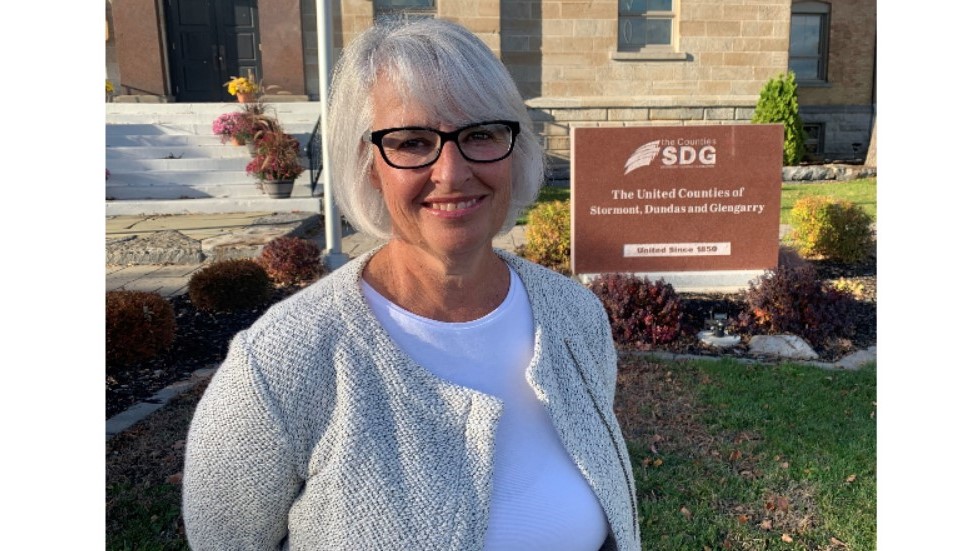 Maureen Adams has been named as the first female Chief Administrative Officer of the United Counties of Stormont, Dundas and Glengarry (SDG).

The appointment of Adams, which is effective January 3, 2023, was announced by SDG Warden Carma Williams on October 25, following a comprehensive recruitment process.

“On behalf of Counties Council I wish to welcome Maureen Adams into her new role as Chief Administrative Officer,” Williams said. “Council is thrilled to be making this exciting announcement as we chart a positive course into 2023.”

Adams’ time in local government is complemented by a 20-year private sector career in both banking and manufacturing.

“I am looking forward to working alongside County Council and the Warden as we embark on this new opportunity together,” Adams said. “Working for an upper-tier municipality presents me with new and exciting challenges and I anticipate building on the strong relationship SDG Counties enjoys with its local municipalities.”

SDG County council led the recruitment process to fill the CAO position following the retirement announcement of Tim Simpson this past summer.

“County council conducted a robust search for the successor of CAO Tim Simpson,” said Warden Williams. “We could not be more delighted with the results.”