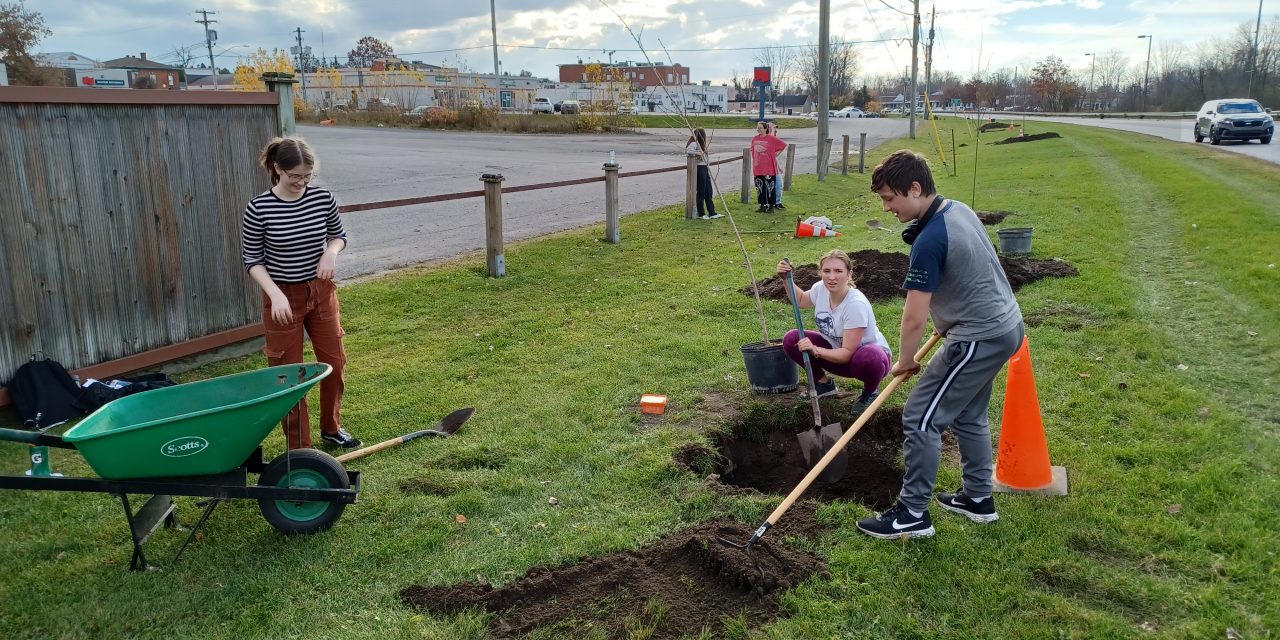 Something new is taking root along Le Chenail Boulevard in Hawkesbury.

“We finally have trees being planted in Hawkesbury,” remarked Mayor Paula Assaly at the announcement, held at Place des Pionniers.

The trees are being supplied by Tree Canada, a not-for-profit organization which promotes tree planting in urban and rural communities across the country. Tree Canada Community Agent Michael Rosen said more than 80 per cent of Canadians live in an urban forest.

“We have a very strong network of people who want to improve the urban forest,” Rosen said.

Truck and trailer rental company U-Haul Canada is a major sponsor of Tree Canada, including the Hawkesbury project.

For the Hawkesbury planting project, tree species which can withstand the harsh conditions of urban environments – such as road salt – were selected, but an emphasis was also placed on selecting trees that will be attractive as they mature. The species selected are linden, honey locust, Japanese lilac, amur maple, and gingko.

Tuesday October 25 was planting day and the summer-like weather made it a perfect time to get the job done. Students from the Fran Vert environment club at École secondaire catholique régionale de Hawkesbury (ESCRH) led by teacher Gilles Trahan spent the afternoon planting the trees.

The total cost of the tree planting project, which included having buried utility cables and pipelines properly located, is about $20,000. Tree Canada contributed $10,000 to the initiative, with the rest of the project being funded by COMZAC-BIA. A plaque in recognition of the tree planting along Le Chenail Boulevard in Hawkesbury is also being added at the site. 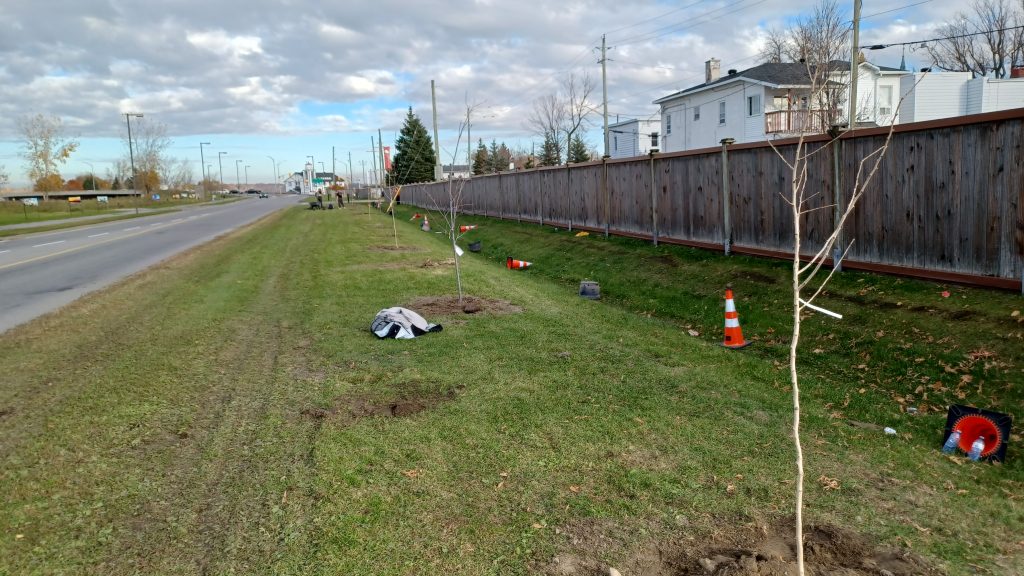