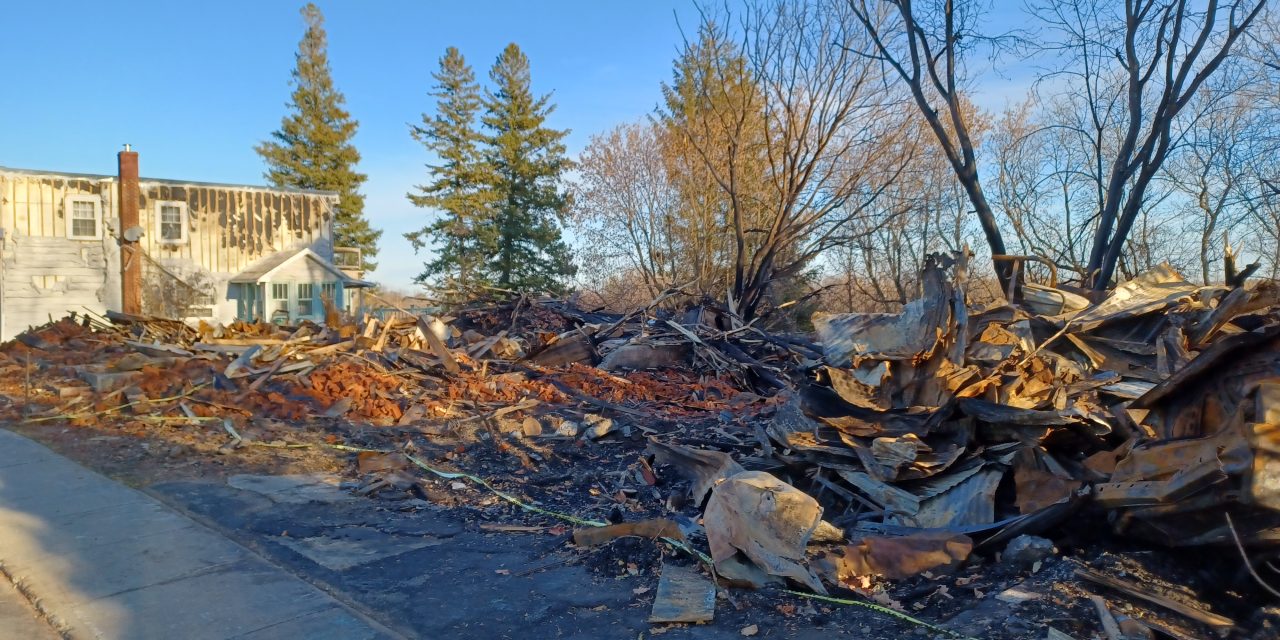 This wreckage is all that remains of the former school and store building in Dalkeith which was destroyed by fire on Sunday, October 23. Photo: James Morgan

A former school, which later was a store in Dalkeith was destroyed by fire on Sunday, October 23.

The fire was deemed under control at 5:25 a.m. The incident was terminated at around 2:02 p.m. on October 23. The Office of the Fire Marshal and OPP are not investigating the fire at this time.

There were no injuries resulting from the fire. 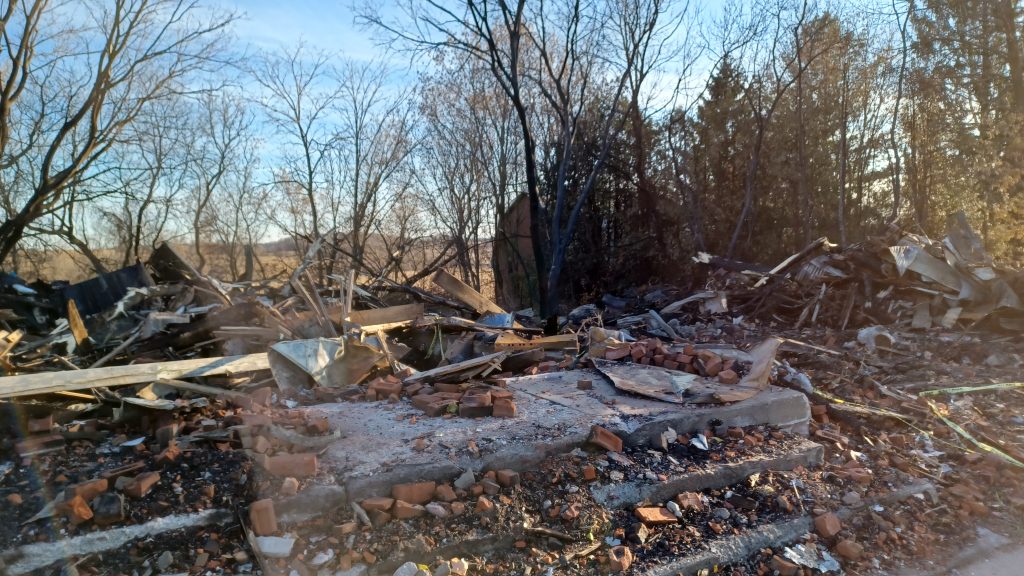