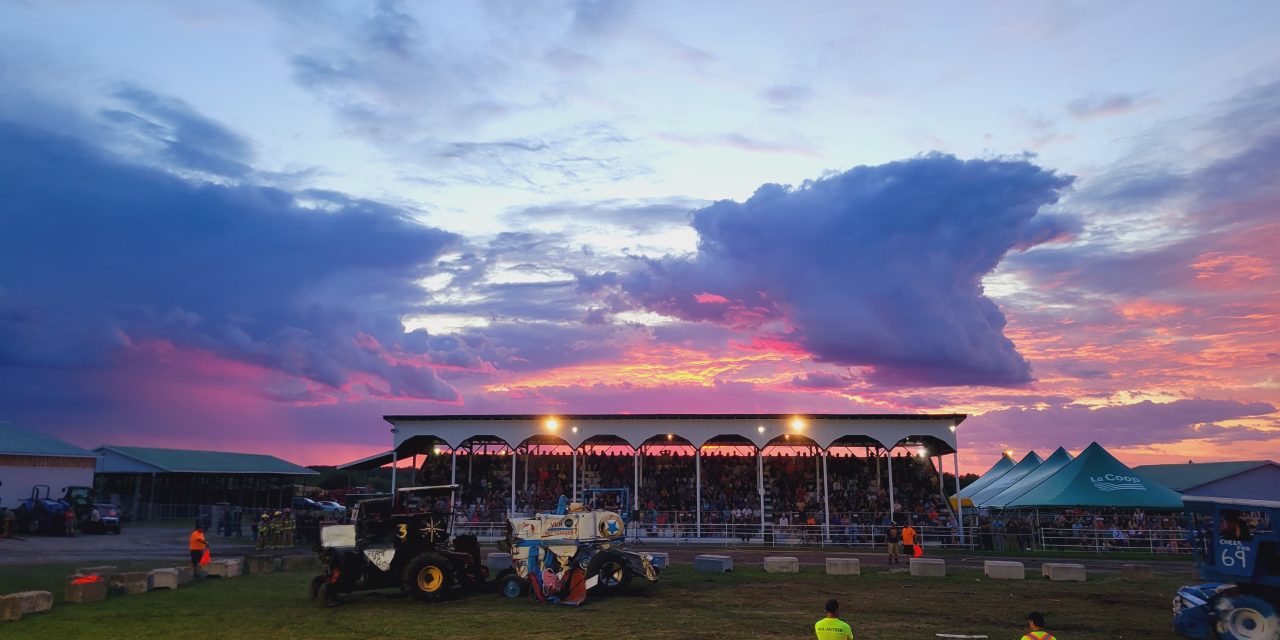 Lisa Broad’s photo of a majestic sky served to highlight the picturesque grandstand at the Vankleek Hill fairgrounds. This photo was selected as the Best Heritage photo in the Vankleek Hill Business and Merchant Association Photography Contest.

The judges have spoken! The winning entries in the Vankleek Hill Business and Merchant Association Photography Contest have been chosen.

A couple of photographers won in several categories.

The Best Landscape Entry category was a sweep by David Chamberlain, with a true landscape-perspective shot (wider than it is in height) with Debbie Carr placing second.

The Best Study In Contrasts first-place entry was a chipmunk sitting atop a Buddha statue, captured by Debbie Carr. Gabe Landriault placed second with a white burst of clouds over Vankleek Hill’s Main Street. 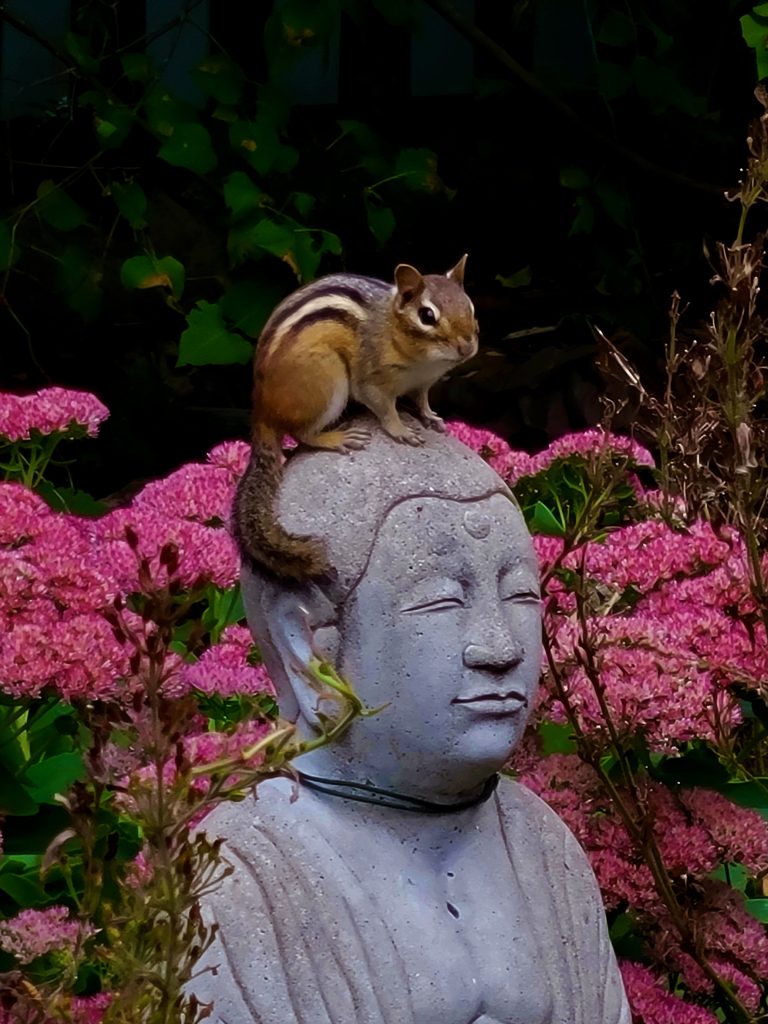 Debbie Carr’s photo of this Buddha statue presented a study in contrasts, with the chipmunk carefully posed atop its head, tail curved graciously around the statue’s head. This photo placed first in the Best Study in Contrasts category.

The Best Night-Time Photo prize went to Bob Houghton, for an evening shot taken of the grandstand at the Vankleek Hill fairgrounds. Second place went to David Chamberlain.

The Best Streetscape prize went to David Chamberlain for an unusual perspective from Philip Arber Memorial Park, with the Bruce Barton Fire Station in the background. Second place went to Gabe Landriault for a rainy streetscape in Vankleek Hill.

Best Heritage preserved was a stellar photo by Lisa Broad, where sweeping skies put the historic grandstand front and centre with the viewer. There was also the heritage element of the Vankleek Hill Fair at work in the photograph. Second place goes to David Chamberlain, for a winter scene which sets in profile two older outbuildings. 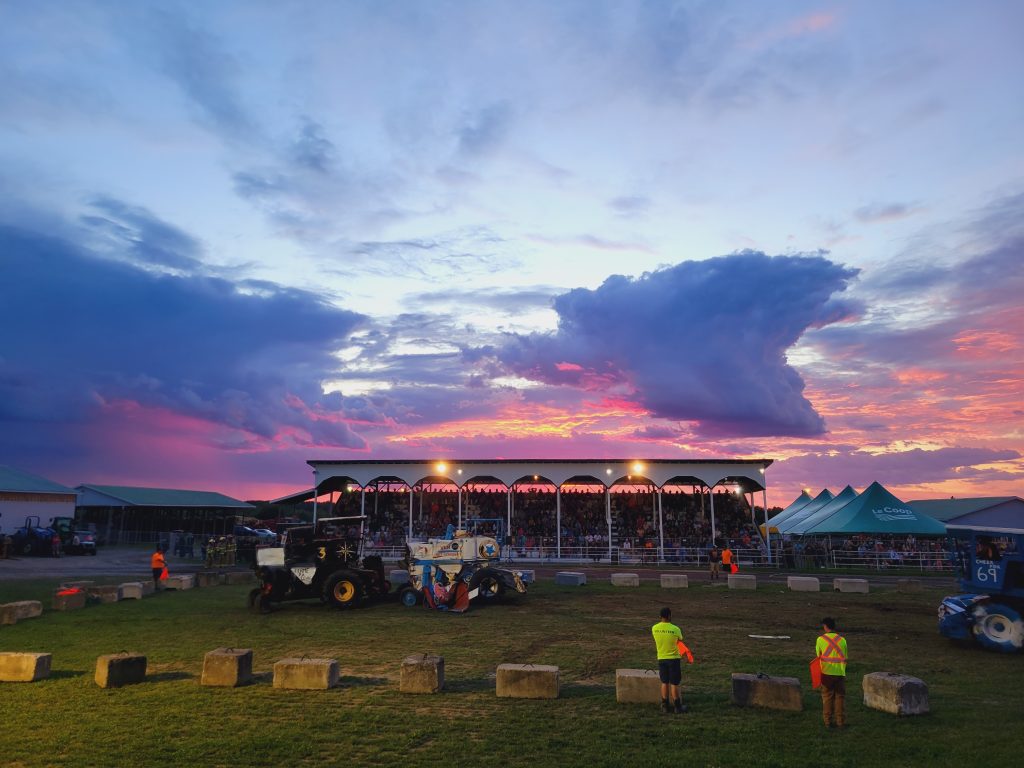 Lisa Broad’s photo of a majestic sky served to highlight the picturesque grandstand at the Vankleek Hill fairgrounds. This photo was selected as the Best Heritage photo in the Vankleek Hill Business and Merchant Association Photography Contest.

There were no entries in the youth category (ages 18 and under).

You can view all of these first and second-place framed photographs at The Review offices at 76 Main Street East until November 21, after which participants can collect their framed pictures to hang in a favourite place in their home.

The contest was organized by the Vankleek Hill Business and Merchant Association (BMA), which recently developed a new website. The idea behind the photo contest was to invite residents to share their best photos of Vankleek Hill. The winners will be asked if their photos can be used (with attribution) on the new BMA website.

Business owners, local organizations, commercial property owners or local residents can join the not-for-profit BMA by signing up here: www.myvkh.com. A new membership formula means that members pay a small monthly amount, instead of an annual fee. Members can create their own profile, add a logo, their contact information and have their business showcased on the BMA website.