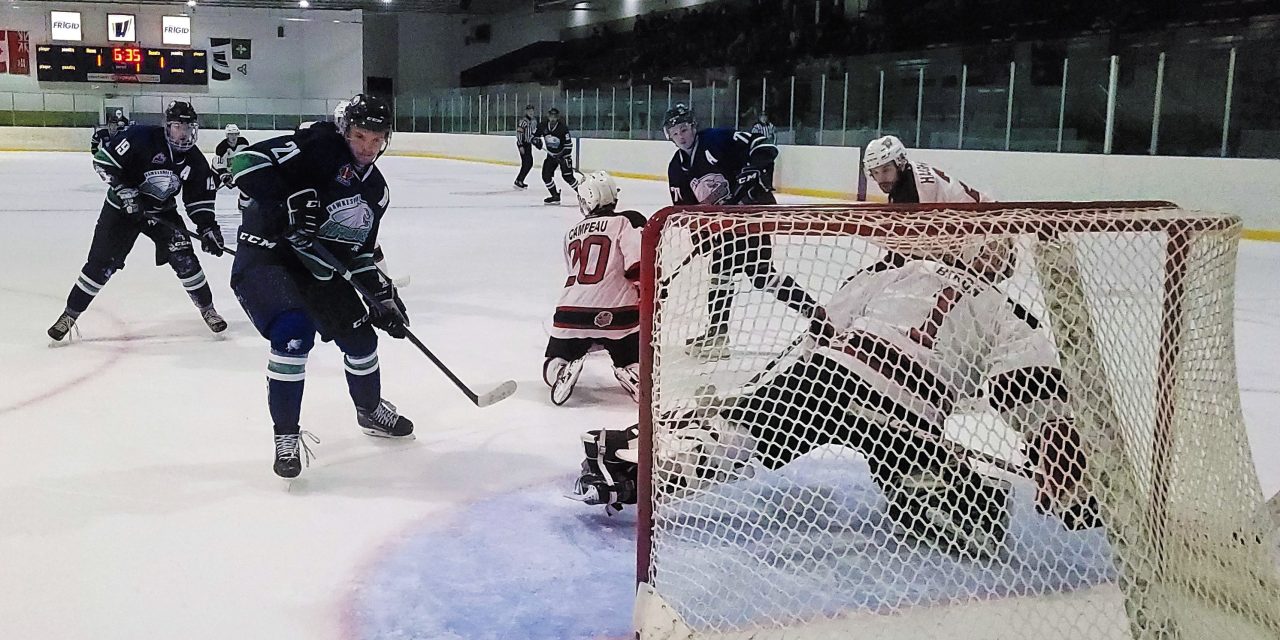 Kemptville 73’s netminder Jacob Biron stretches out to make a stop on Hawkesbury’s Nicholas Brennan (71), as Jakson Kirk (21) and Landon Brownlee (19) battle for a potential rebound. Kirk scored the tying goal early in the third period, as the Hawks beat Kemptville 3-2 in overtime on Saturday, October 22, at the Robert Hartley Sports Complex in Hawkesbury. Photo: Reid Masson

The Hawkesbury Hawks staged comebacks twice on the weekend, to eke out one-goal wins at home over Carleton Place and Kemptville and move into second place in the Central Canada Hockey League’s (CCHL) Yzerman Division standings.

Hawkesbury roared back from an early 3-0 deficit to the Carleton Place Canadians on Friday evening (October 21) to earn a 6-5 win in front of home fans at the Robert Hartley Sports Complex. On Saturday evening (October 22) the Hawks trailed the Kemptville 73’s 2-1 heading into the third period, before Jakson Kirk tied the game early in the final frame to set up an overtime winner by Alex Fournier.

With a record of 7-3-1-1, the Hawks now trail only the defending CCHL champion Ottawa Junior Senators – by just a single point – in the race for first place in the Yzerman Division.

The Hawks are at home this Friday evening (October 28) to face the 6-4-1 Cornwall Colts, who sit in fifth place in what has turned out to be a strong Yzerman Division so far this season. Puck drop is at 7:30 p.m.

On Sunday, October 30, Hawkesbury will travel to Pembroke to face off against the last-place Pembroke Lumber Kings, who sport a record of just two wins against seven losses.

Alex Fournier was the overtime hero, while Dekon Randell-Snow made 29 saves, as Hawkesbury improved on the season to 7-3-1-1. 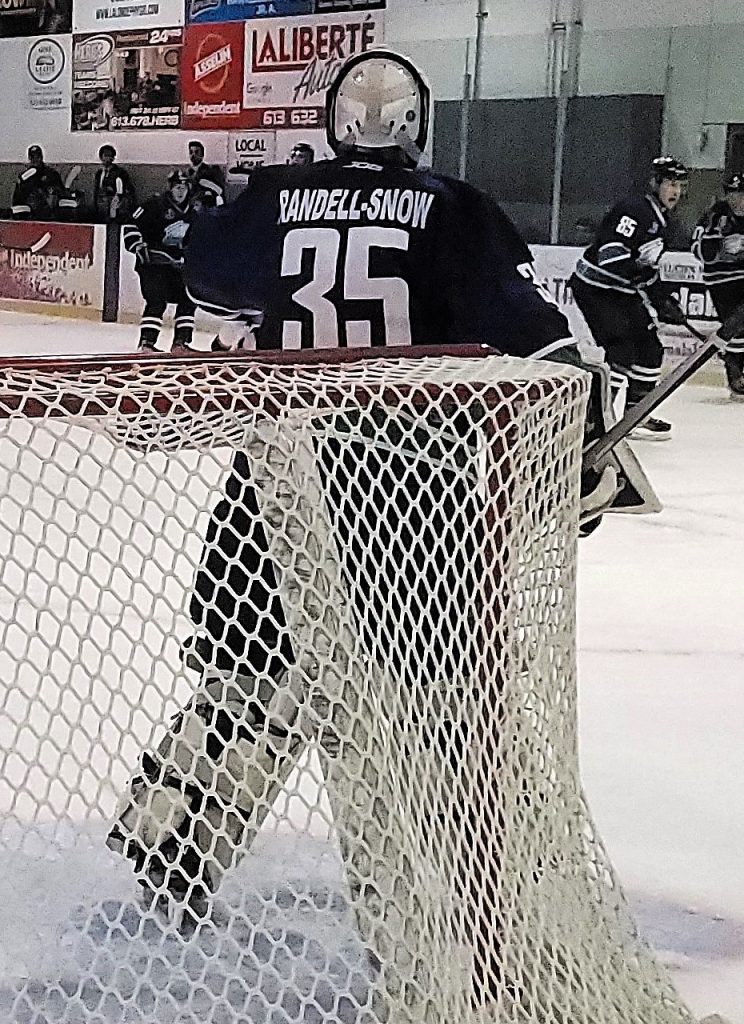 Noah Leithman and Jakson Kirk scored in regulation and the Hawks fired a whopping 51 shots on Kemptville netminder Jacob Biron, who was outstanding in keeping the game close and was named the game’s second star. Fournier earned first-star honors for his overtime heroics, while Kirk was selected as the game’s third star.

Down 3-0 early in the first period, the Hawks staged an epic comeback to eke out a 6-5 victory over Carleton Place at home at the Robert Hartley Sports Complex on Friday night.

Aidan Stubbings fired home the winning goal to break a 5-5 tie just before the eight-minute mark of the third period. Bradley Horner, Thomas Beaudoin, Nathan Gagne, Alex Fournier, and Jakson Kirk added singles, while Dimitri Pelekos made 38 saves, as Hawkesbury improved on the season to 6-3-1-1.

Stubbing was named first star on the night, while Felix Sauvé, who had two assists – including a helper on Subbing’s winning goal – was awarded second-star honors. 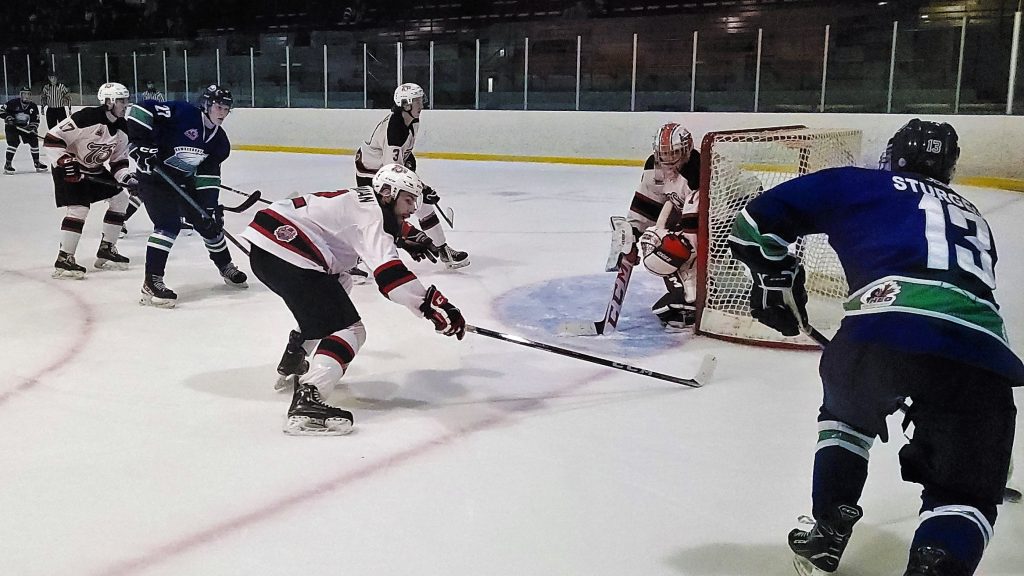 Hawkesbury’s Curtiss Sturgeon (13) controls the puck as linemate Remi Gelinas (27) moves to the front of the net in the Hawks’ 3-2 overtime win over the Kemptville 73’s on Saturday, October 22. Photo: Reid Masson