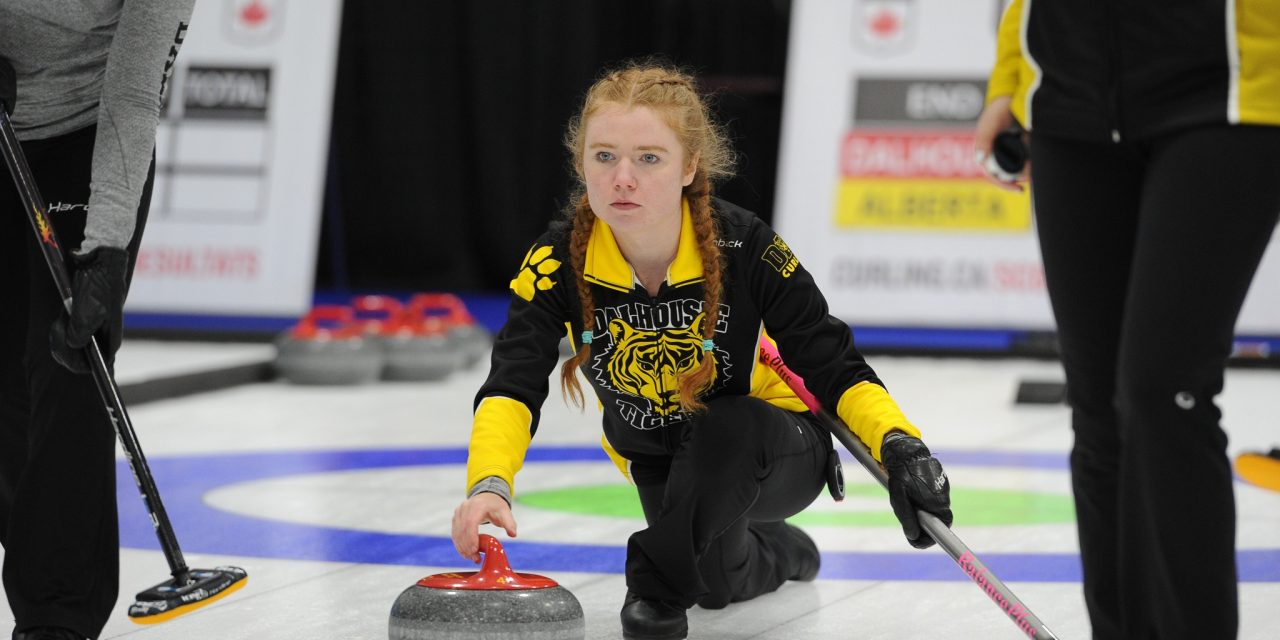 Vankleek Hill’s Natasha Fortin concentrates on her throw at the Canadian University National Finals, held at the RA Centre in Ottawa from September 21-25. Fortin played lead for the team from Dalhousie University, representing the Atlantic Conference at the event. Photo: Curling Canada Claudette Bockstael

Vankleek Hill’s Natasha Fortin and her Dalhousie University Women’s curling teammates finished in fourth place at the Canadian University National Finals – just missing out on a spot in the playoffs.

The third-year student at Dalhousie played lead for the team from Halifax, Nova Scotia, in the event held at the RA Centre in Ottawa from September 21-25. The women’s side of the tournament was won by the University of Alberta Pandas, who dominated all their games in the event. The Alberta team will compete in the 2023 FISU World University Games, which are scheduled for Jan. 12-22, 2023, in Lake Placid, N.Y.

With Vankleek Hill just an hour’s drive from Ottawa, Fortin and the Dalhousie squad had a strong contingent of supporters for their games at the RA Centre.

“It was great to see her!” said Natasha’s mother Julia Fortin-Schwartzenhauer, who was able to make it to Ottawa to watch three of her daughter’s games. “What an experience!”

The Dalhousie squad posted a record of two wins and three losses in the tournament, with all of the losses coming to the three teams that made the playoffs.