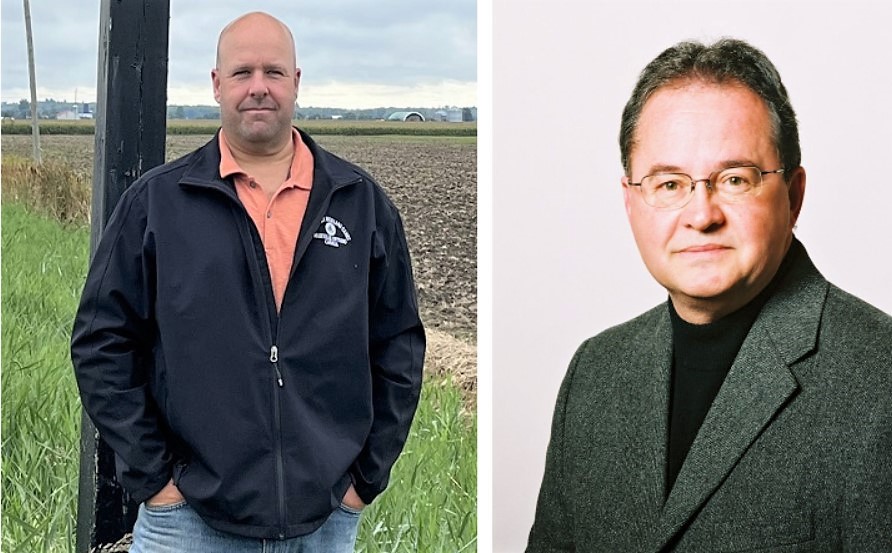 Tim Stewart (left) is facing incumbent mayor François St-Amour for the Ward 1 seat in La Nation. St-Amour has chosen to run for council rather than seek re-election as mayor. Submitted Photos

One thing is for sure in the outcome of the municipal election in La Nation. Ward 1 will have a new councillor after the ballots are counted on October 24. Incumbent Councillor Marie-Noëlle Lanthier is instead running for Mayor of La Nation this time around.

There are two candidates for councillor in the ward, one is a veteran municipal politician, and the other is a newcomer to local government.

Tim Stewart, a paramedic from Fournier, is running for council because he wants to restore trust in government.

“I feel many people have kind of lost faith,” he said.

Stewart said people want honesty from their municipality and he wants to represent Ward 1 with respect for residents and to help them understand why council makes decisions.

Firefighter recruitment and retention and keeping municipal expenses under control are important issues for Stewart.

“We have to make sure every decision we make is on a cost-benefit analysis,” he said.

Stewart has several other ideas and issues he would like to focus on if elected as councillor for Ward 1.

Other concerns Stewart has include attracting economic development to the area, ensuring there are adequate local paramedic services, and ensuring the federal government protects freedom of speech and does not censor the internet.

Incumbent La Nation Mayor François St-Amour is Stewart’s competitor for the Ward 1 seat. After serving two terms as a councillor and then three terms as mayor, St-Amour wants to step back from the responsibility of governing the entire municipality, but still wants to contribute to local government as a representative of his home ward.

“I fully believe I have the knowledge and capacity to help out,” said St-Amour.

For St-Amour, improving the roads across Ward 1 is a significant priority. He said while county roads in the area are in good condition, some of the concession roads under municipal jurisdiction need work.

He is also looking forward to the municipality working with a group of citizens planning to revitalize Parc Jean-Paul Charlebois in St-Bernardin.

St-Amour said while development is slower in the eastern part of La Nation, a few new homes are being built each year – especially since the pandemic led many city dwellers to relocate to rural and suburban areas.

As mayor, St-Amour considers the success of the Innovation business park, a new medical clinic in Limoges, and the new Limoges sports complex among the most notable achievements. He is also pleased with the good management of La Nation.

The accomplishments St-Amour is most pleased about during his time as Mayor of La Nation are agreements that have been reached with neighbouring municipalities. He cited the project to build a water pipeline from Clarence-Rockland to supply Limoges, along with the cooperation with Casselman for the construction of the new Ford Motor Company of Canada parts warehouse, which is nearing completion.