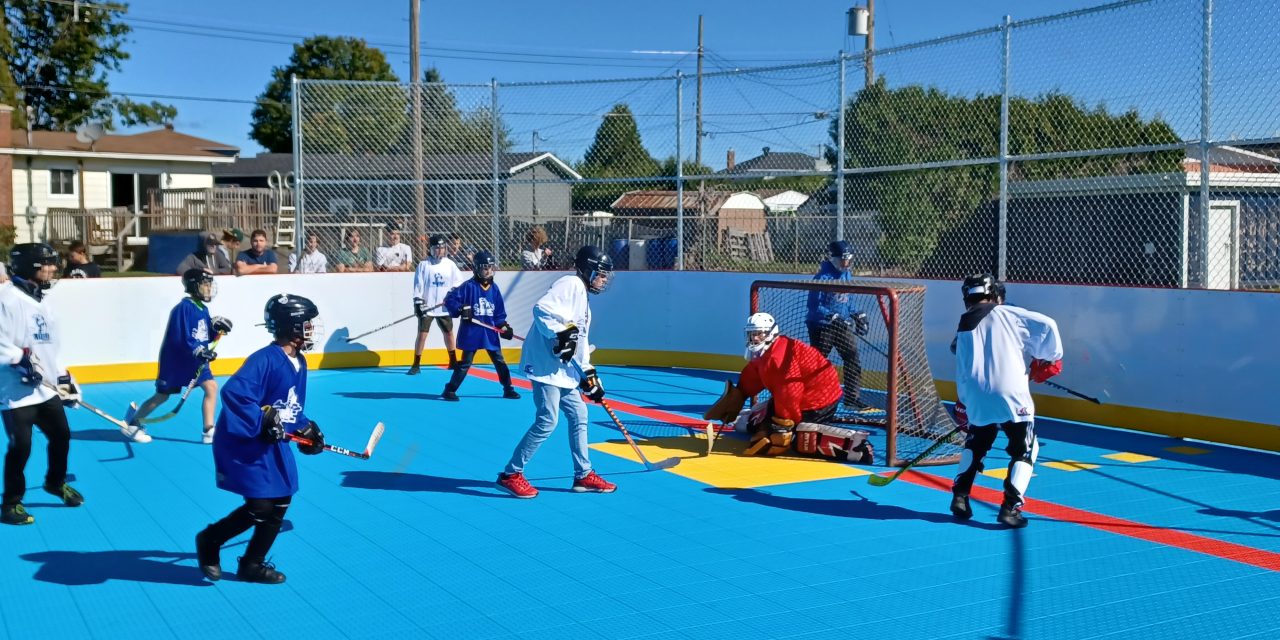 The new outdoor rink is complete and being enjoyed by the community at Cadieux Park in Hawkesbury.

An official opening for the new rink was held on Friday, September 23, with members of town council and Glengarry-Prescott and Russell MPP Stephane Sarrazin. The Ontario Trillium Foundation, an agency of the Ontario government, provided the Town of Hawkesbury with a $265,500 grant for the new rink boards and surface.

The surface is made of cushioned, plastic DEK tiles for hockey from spring to fall. The tiles do not have to be removed for when the ice rink is added during the winter season.

École secondaire catholique régionale de Hawkesbury is located near Cadieux Park, and the rink is heavily used by students from the school. 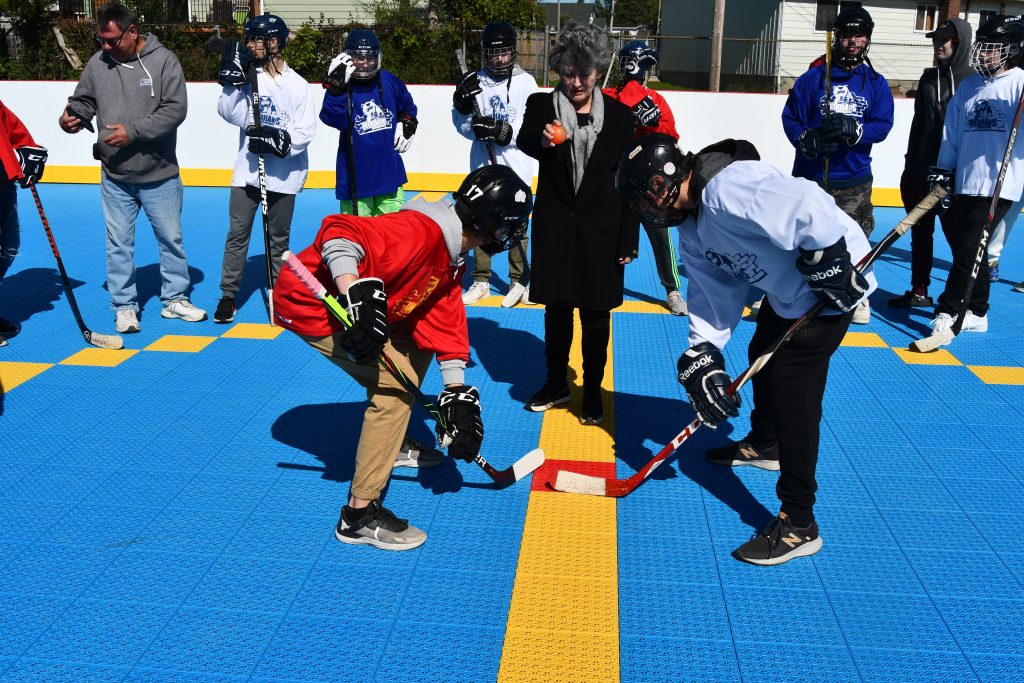