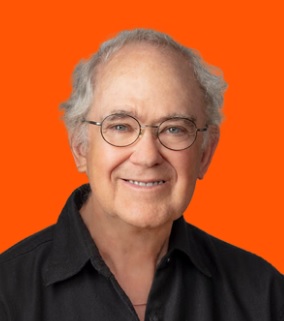 For Marcel Lachaine, everything comes back to one issue. Climate change. Lachaine, who lives in Wentworth Nord, is the Québec Solidaire candidate for Argenteuil in the October 3 provincial election.

He believes Québec Solidaire, a socialist and separatist party, has the best climate change plan among any of the parties hoping to form Québec’s next government. The Québec Solidaire Vision 2030 climate plan aims to make Québec carbon neutral by 2050. Main points of the plan include equal investment in public transportation with road transportation, no further expansion of the autoroute highway system, prohibition of all new fossil-fuel public transportation projects, incentives for organic agriculture, adoption of a law against food waste, and accelerated efforts to protect natural areas.

Lachaine said the plan will ensure the long-term sustainability of Québec’s economy.

According to Lachaine, Québec Solidaire’s plan to solve problems in health care includes providing subsidies to caregivers and encouraging intergenerational housing to better facilitate homecare. The second part of the Québec Solidaire plan for health is to significantly increase investment in Centre locale des services communautaires (CLSC), the network of free, community health centres by adding more doctors, nurses, and physiotherapists at those facilities.

“They are underutilized,” Lachaine said of the CLSC’s.

The party is also promising a full, public dental insurance program if elected.

Québec Solidaire is strongly behind efforts to keep French as the prominent language in Quebec.

“The language of usage will be French in the public sphere, in hospitals, public services,” etc.,” said Lachaine.

He respects the anglophone community, but also believes learning French and integration of newcomers into Québec should be encouraged.

The Québec Solidaire platform says 50,000 new social housing units, and 10,000 new affordable housing units would be built if it forms a government.

Another Québec Solidaire promise is to implement an $18 per hour minimum wage in Québec.

Lachaine has lived in the Argenteuil district for 20 years. He is retired from a career in human resources and training for small and medium-sized businesses. Lachaine is also involved with social solidarity activities in the community. Québec Solidaire does not have a party leader, but instead has two spokespersons, Manon Massé and Gabriel Nadeau-Dubois.