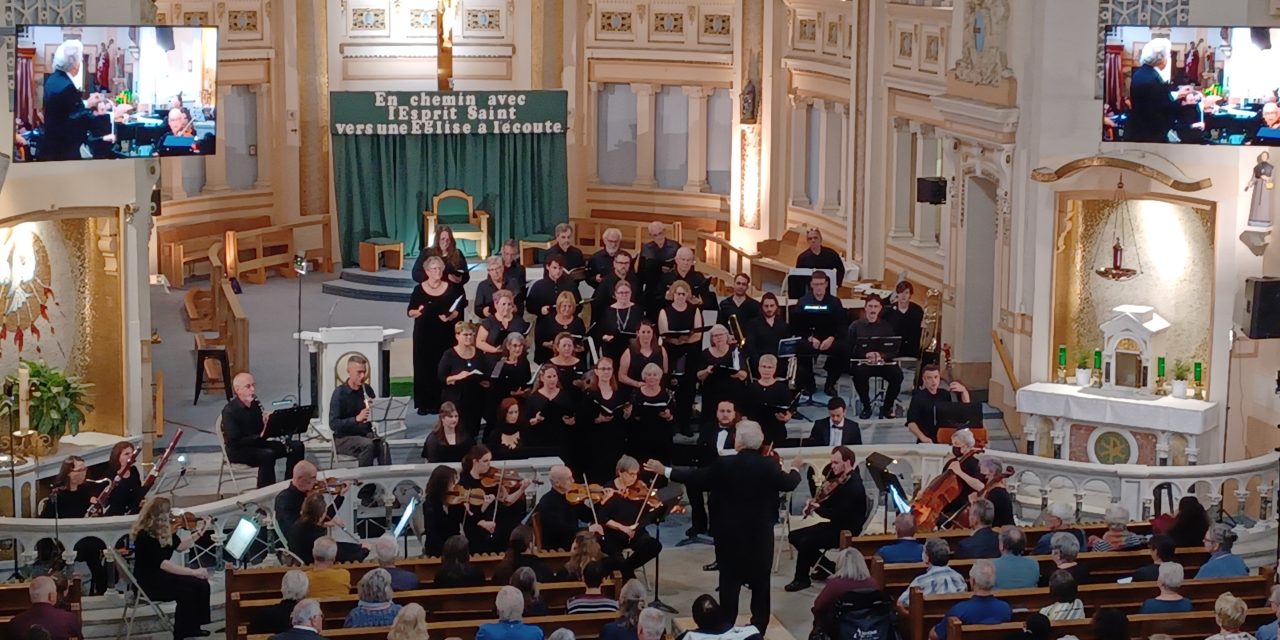 A requiem is a piece of music written for a funeral service, but a concert held in Hawkesbury on September 18 signaled a new life for culture in the community.

The Hawkesbury Chamber Orchestra, accompanied by the Champlain Chamber Choir, both made their world premiere with a performance of Wolfgang Amadeus Mozart’s Requiem at Saint-Pierre-Apôtre church as a benefit for Centre Culturel Le Chenail.

More than 500 tickets were sold for the performance, which was led by a 22-member orchestra comprised of professional musicians conducted by Marc Trautmann of France, who has conducted several orchestras around the world. The 25-member choir was conducted by Rosemary Harden of Vankleek Hill.

Mozart wrote his Requiem in Vienna in 1791, but died on December 5 that year when he was only 35 years old. The Requiem was completed by Franz Xaver Sussmayer and delivered to Count Franz von Walsegg for a Requiem Mass given on February 14, 1792, to commemorate the first anniversary of the death of the Count’s wife.

The intent of the performance of the Requiem in Hawkesbury was not only to benefit Centre Culturel Le Chenail, but also to make classical music more accessible to the community.

“It’s a pleasure being here directing the very first Hawkesbury orchestra,” said Trautmann, after the performance ended with a standing ovation.

Trautmann said all concerns about whether the concert would be a success quickly dissipated.

“We were unsure if it (the public) would bite,” the orchestra’s conductor said. “Obviously, it has bitten.”

Trautmann was optimistic that chamber orchestra and choir performances could become a semi-regular event in Hawkesbury, with two or three concerts per year. He noted however that public and political support is crucial.

The conductor has an incredibly busy schedule but said he would return to Hawkesbury to conduct future concerts.