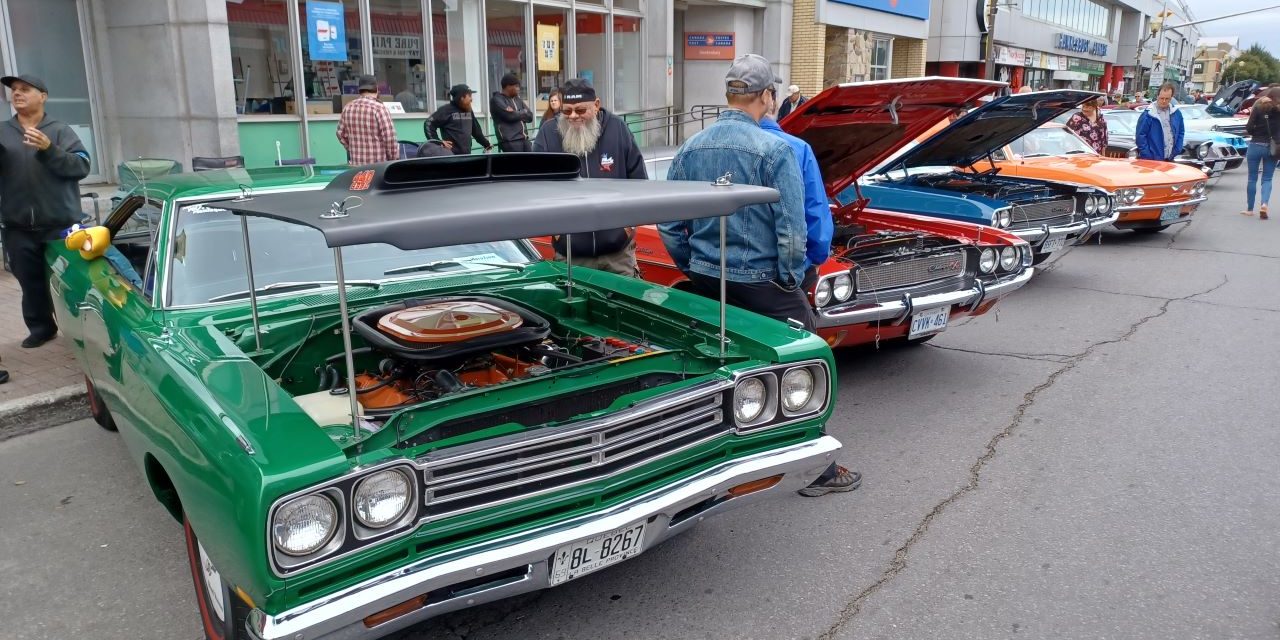 Vintage Mopar and a Corvair were just some of the Antique and Classic cars on display at the Hawkesbury Auto Expo last weekend. Photo: James Morgan

The Auto Expo ran on Saturday evening, September 3, and all day on Sunday, September 4, with a goal of raising money and food donations for the Hawkesbury Central Food Bank. Saturday evening’s activities were done just before heavy rains hit the area overnight and by the time Sunday morning rolled around the skies were clearing and roads were dry.

Sunday’s full day of the Auto Expo saw 264 Antique and Classic Cars lines up on Main Street and surrounding parking lots in Hawkesbury. Saturday evening’s Cruise Night and parts swap attracted a total of 71 cars. Club members and visitors to the show over the two days were thrilled with the turnout.

“We were very fortunate that the sun came out and we had a beautiful day,” said Patrick Denis, President of the Club d’autos Hawkesbury Auto Club, on Sunday’s turnout. “The weather was debatable at the beginning, but it ended up being a fantastic day and people came out.”

In addition to local member of the Hawkesbury Auto Club, owners of Classic and Antique Cars came from throughout Ontario and Québec.

“We had people from all the place,” said Denis, adding that visitors came with their cars from as far as Temiskaming, Ontario – more than 600 kilometres away. “It was great.”

“The cars were amazing, the music was awesome – all I’ve heard is good stuff.”

Denis thanked the volunteers – all members of the Club d’autos Hawkesbury Auto Club – for their hard work in organizing the two days.

“They have a lot of experience – our team has been doing it for 24 years,” the President of the Hawkesbury Auto Club noted of the work volunteers did in finding space and setting up more than 300 cars over the weekend. “They know what they’re doing.”

Over the two days club members collected non-perishable food items and monetary donations for the Hawkesbury Central Food Bank. Anyone who made a donation to the food bank received a ticket eligible for raffle prizes.

The event kicked off on Saturday evening at 5 p.m. with a swap meet of parts and accessories for classic car owners. Saturday evening also saw a Super Cruise Night, with 71 Antique and Classic cars parked on Main Street throughout the evening. Local band Sweet Grass played live for both those displaying their cars and visitors. The first 200 participants in the evening received a bag of curds from Fromagerie St. Albert.

Live music filled Main Street as early as 10 a.m. on Sunday, as cars continued to roll into Hawkesbury’s Main Street. Temporary stages were set up at each end of the Main Street and featuring local bands 50 PROOF and the Railroad Sinners. 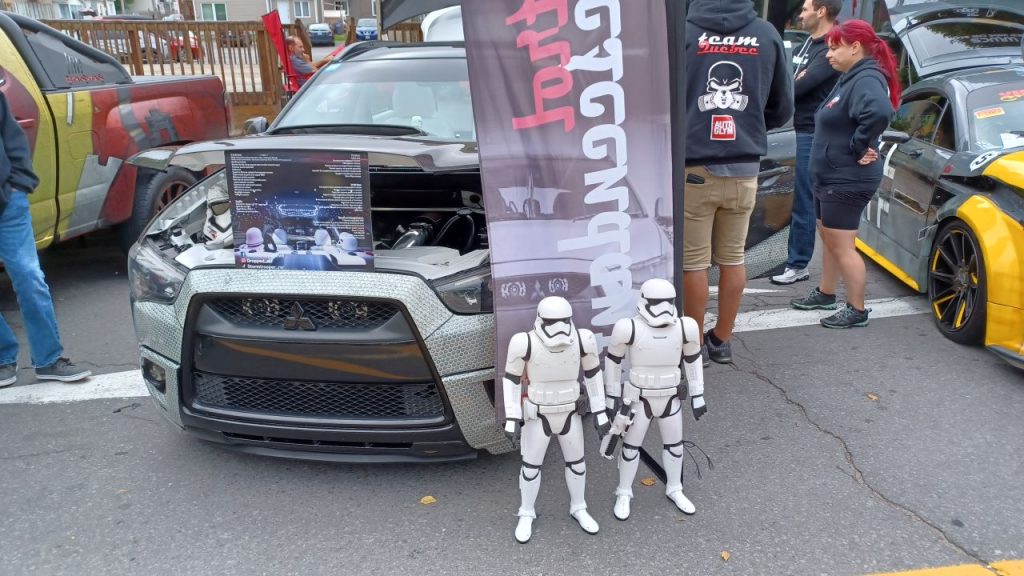 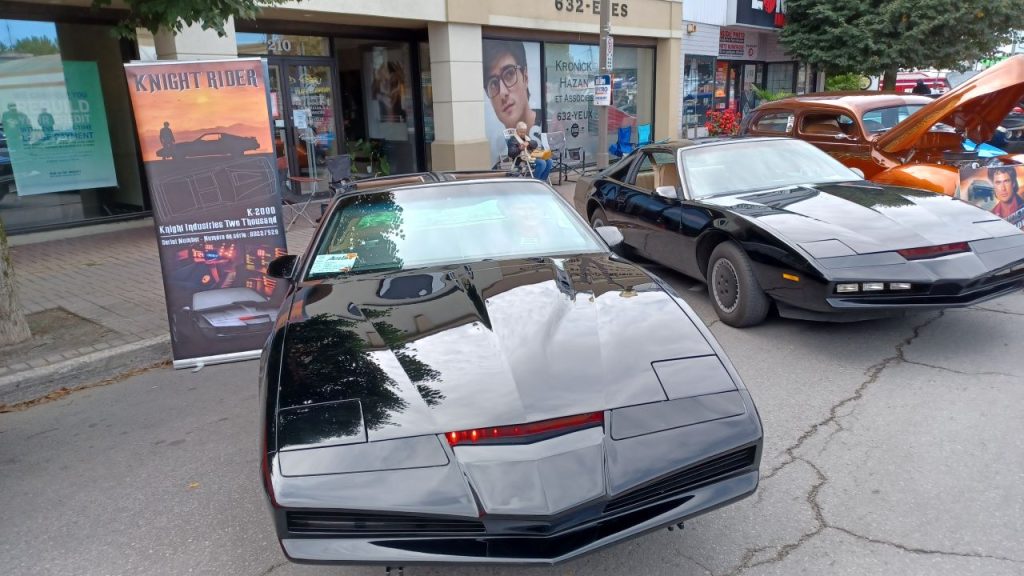 Here’s some 1980’s TV nostalgia. Two Pontiac Trans-Am’s outfitted to resemble KITT, the talking car with artificial intelligence from the 1982-1984 series Knight Rider, starring David Hasselhoff as Michael Knight. However, “The Hoff” was nowhere to be seen in Hawkesbury. Photo: James Morgan 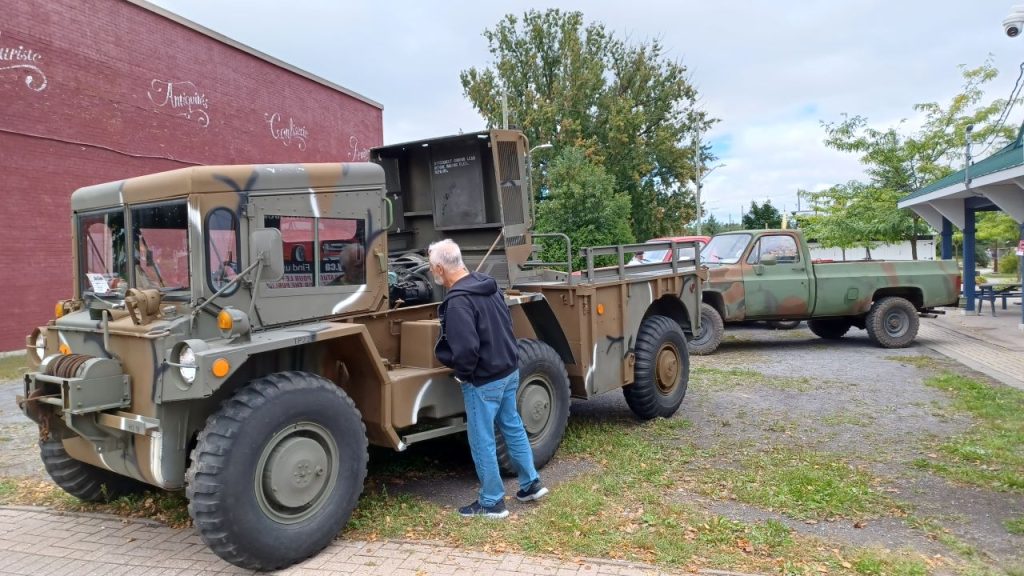 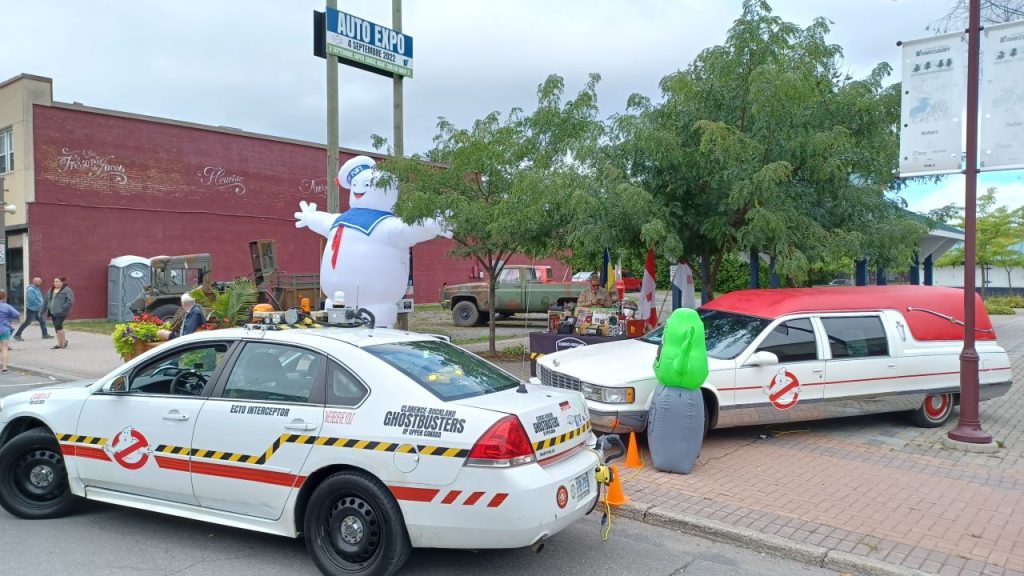 Who ya gonna call? GHOSTBUSTERS! The Rockland Ghostbusters set up at the entrance to Place des Pionniers during the Hawkesbury Auto Expo. ECTO and a patrol car were standing by, and the Ghostbusters were keeping an eye on the Stay Puffed Marshmallow Man and Slimer. Photo: James Morgan

Is it from the past? Or the future? A 1984 Delorean. The gull-winged door cars created by former GM executive John Delorean did not sell good and were plagued with manufacturing problems at the factory where they were made in Northern Ireland. However, the Back to the Future movies starring Michael J. Fox and Christopher Lloyd made the Delorean a lasting symbol of pop culture. Photo: James Morgan 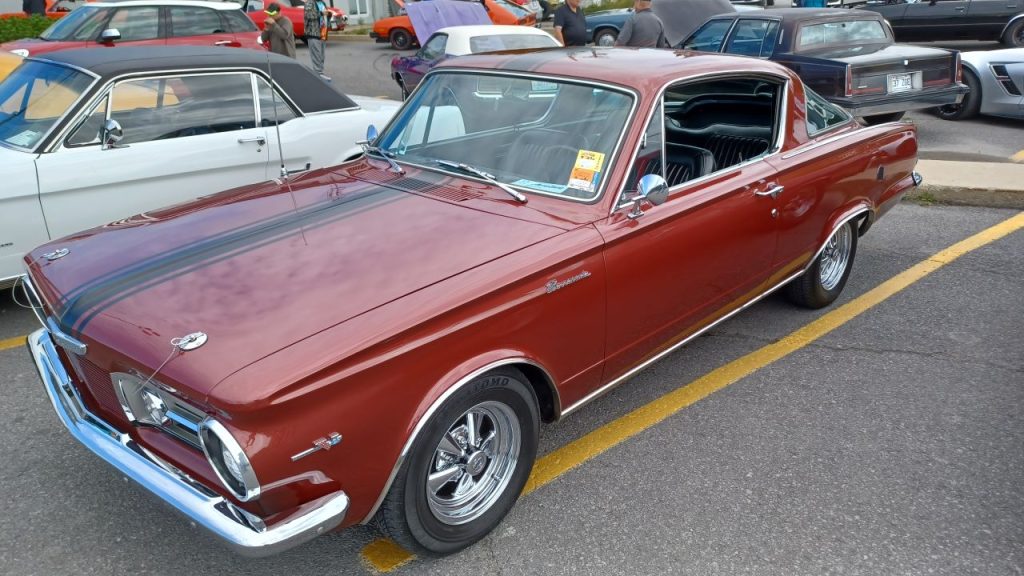 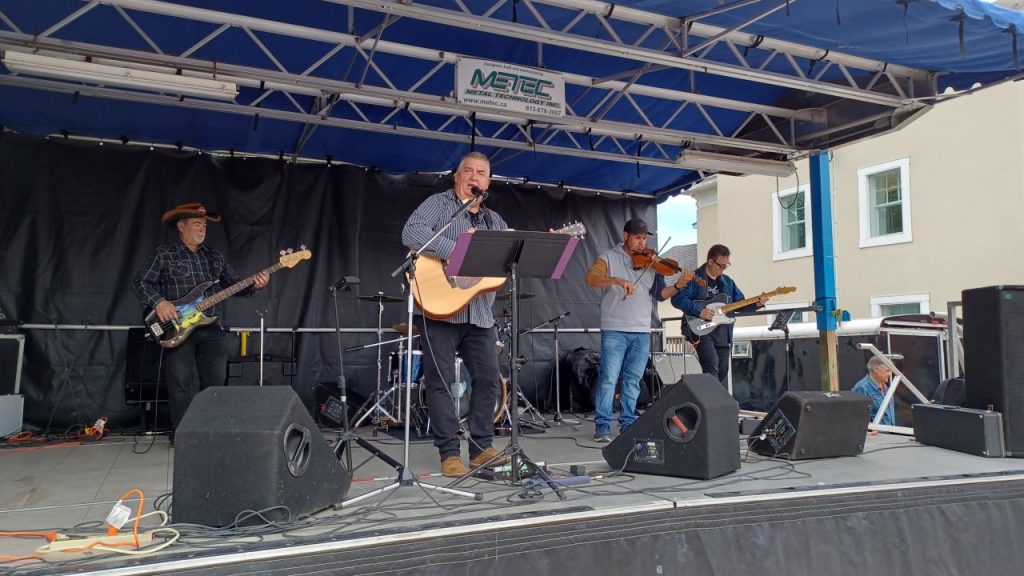 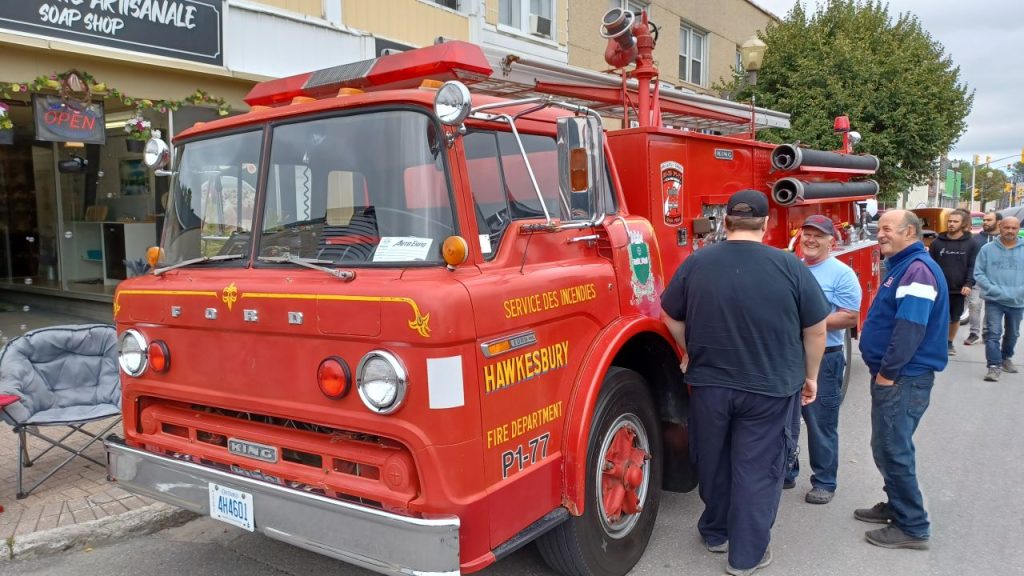