Seven injured, one critically, in crash south of Wendover 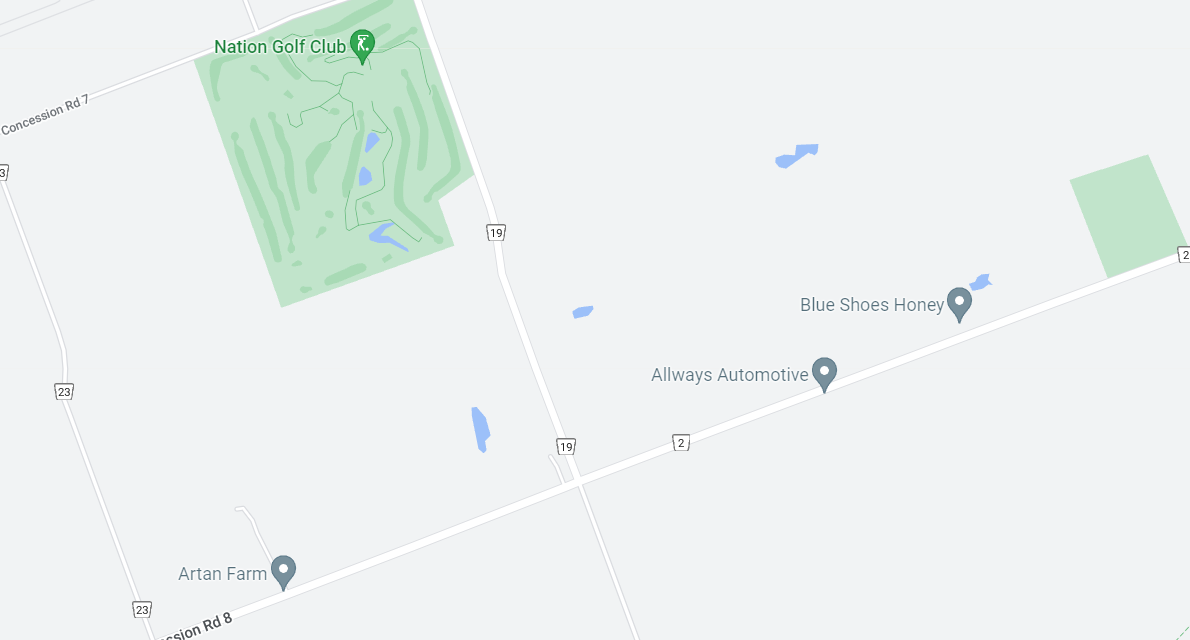 A crash at the intersection of County Road 2 and County Road 19 in Alfred-Plantagenet Township left seven people injured, including one critically. Image: Google Maps

A two-vehicle accident south of Wendover on Sunday, August 28, injured seven people, including one who was taken to hospital by air ambulance.

Ontario Provincial Police were called to the scene of the crash at the intersection of County Road 2 and County Road 19 in Alfred-Plantagenet Township at about 1:40 p.m. Sunday, where they found seven people with injuries. A 29-year-old female critically hurt in the collision between two vehicles was flown to the Ottawa Hospital’s Civic Campus by Ornge air ambulance.

The intersection where the accident happened is about 11 kilometres south of Wendover, and is located just south of the Nation Golf Club and Pendleton airfield. OPP kept the intersection closed for several hours before it was reopened on Sunday evening.