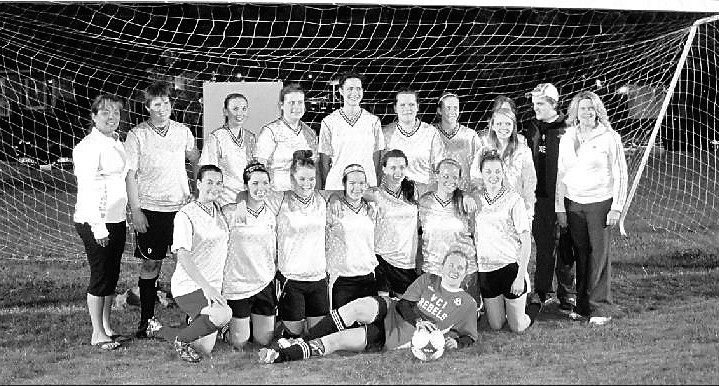 The Review, August 29, 2012 – DALKEITH – The members of the Dalkeith Historical Society never gave up on their dream to take ownership of the last remaining heritage building in their community. The years of hard work have finally paid off, as the DHS is now the proud owner of St. Paul’s Chapel. The society is looking forward to restoring the building and moving into its new home.

The Review, August 30, 1972 – VANKLEEK HILL – Mid-afternoon last Friday a group of four male juveniles arrived by taxi on High Street. In short order they entered one home via a rear window which was forced open and shortly after entered an occupied home via an unlocked front door. In a head-on confrontation upstairs the two sneak thieves fled, one brandishing a knife, down a side street. Another robbery occurred on the 24th on Mill Street, where a sum of money was taken. OPP in Hawkesbury are investigating the incidents.

Another big win for Sydney Mode

The Review, September 4, 1947 – HAWKESBURY – At the province of Québec Gladiolus Show held last week in Montréal, blooms entered by Sydney Mode, won more than 50 prizes and also many specials, including the Royal Bank Silver Cup for the Grand Sweepstakes. This is the second year in a row that Mr. Mode has won the high honour. Mr. Mode also won the Champion Spike Blue rosette for the best spike in the whole show on a recently introduced variety named ‘Sunspot’.

The Review, September 1, 1922 – ONTARIO – The revised fish and game laws for Ontario show a number of changes which will be of interest to local sportsmen. A daily bag limit has been placed on ducks. There has been a bag limit of 200 ducks per season for some time, but now there is a limit of 25 ducks per day. As well a limit has been set of 10 inches for large or small-mouthed black bass and not more than eight can be taken in one day.

Mayor disagrees with The Review

The Review, September 3, 1897 – Vankleek Hill – Dear Sir: Owing to ill health, I have not been able to analyze your editor re my communication of the 24th, published in your last issue, save and except that you have defined the distinction, or difference, between a report of proceedings of council, and editorial comment. And also that Vankleek Hill is in reality a town. Your views and mine may differ on what constitutes a town. But if Providence spares my life, you will hear from me on the subject at an early date. Yours truly, John Shields, Mayor, Vankleek Hill.