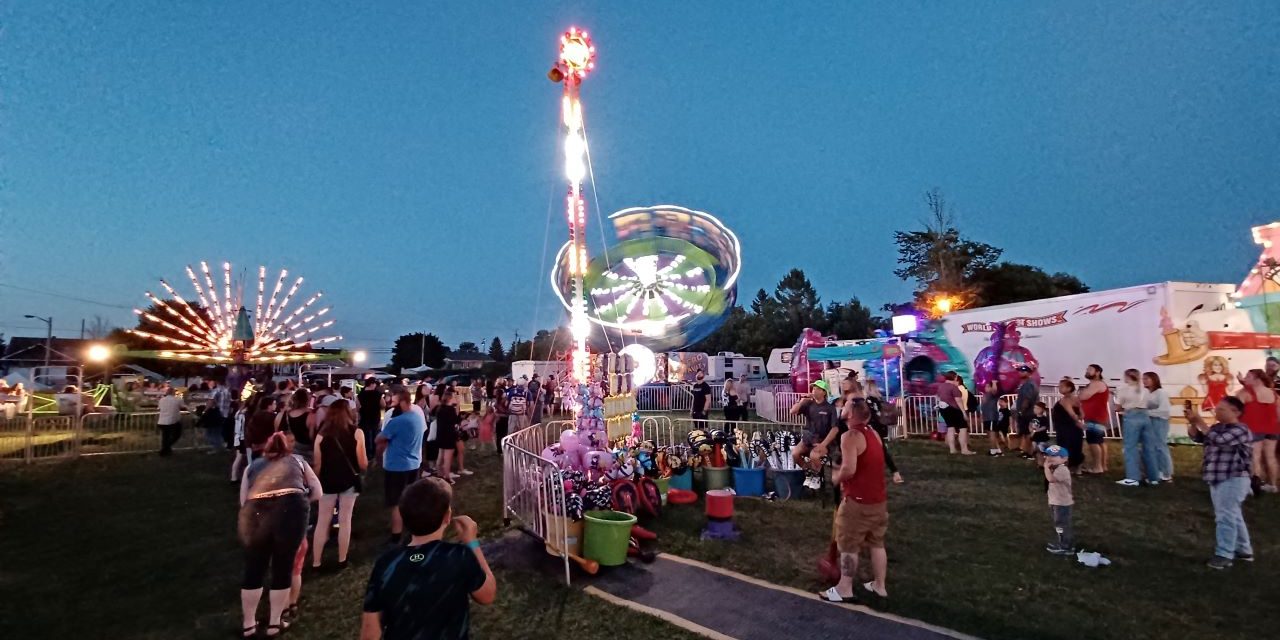 Once the sun went down, the bright lights of the midway came on at the Vankleek Hill Fair. The rides and games were busy with thrill seekers. Photo: James Morgan 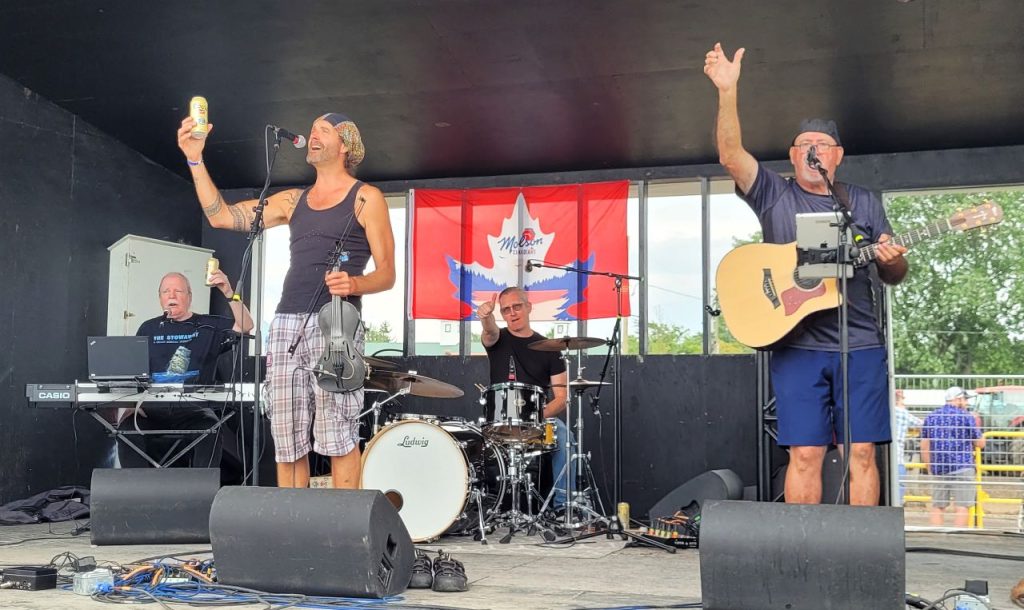 It was a record weekend for the Vankleek Hill Agricultural Fair, as thousands of people crowded the fairgrounds for all four days of the 178th edition of the event from August 18 to 21.

“I haven’t got any figures as yet, but I’m sure we set attendance records every day,” said a beaming Al Nixon, President of the Vankleek Hill Agricultural Society, while at the fairgrounds helping out with the cleanup on Monday morning (August 22). “The crowd was just unbelievable – it sure was nice to see.”

“People just wanted to get out. I think they were so tired of being stuck in for two years. I’m just overwhelmed with the turnout.”

Despite the massive crowds each day, the fair’s president noted everyone on site was well behaved and all of the events over the four days ran smoothly.

“We had no issues, everyone seemed to get along well and were just happy to mingle and talk with other people. It was a great weekend.”

The highlight of the weekend is always the Demolition Derby on Saturday evening and this year was no exception, with the grandstands and bleachers full of spectators, while others crowded 10-deep along the fence line to catch a glimpse of the action. Other events throughout the weekend also set records.

“It was probably the biggest beef show on Sunday that we’ve ever had,” Nixon said, adding the beef cattle show had double the number of entries from past years.

“Our kids tent on Friday and Saturday was full from start to finish,” Nixon observed.

Fair goers were in a very happy mood throughout the weekend, with the refreshment area full each evening, as revelers sang along and danced to the on-site entertainment. 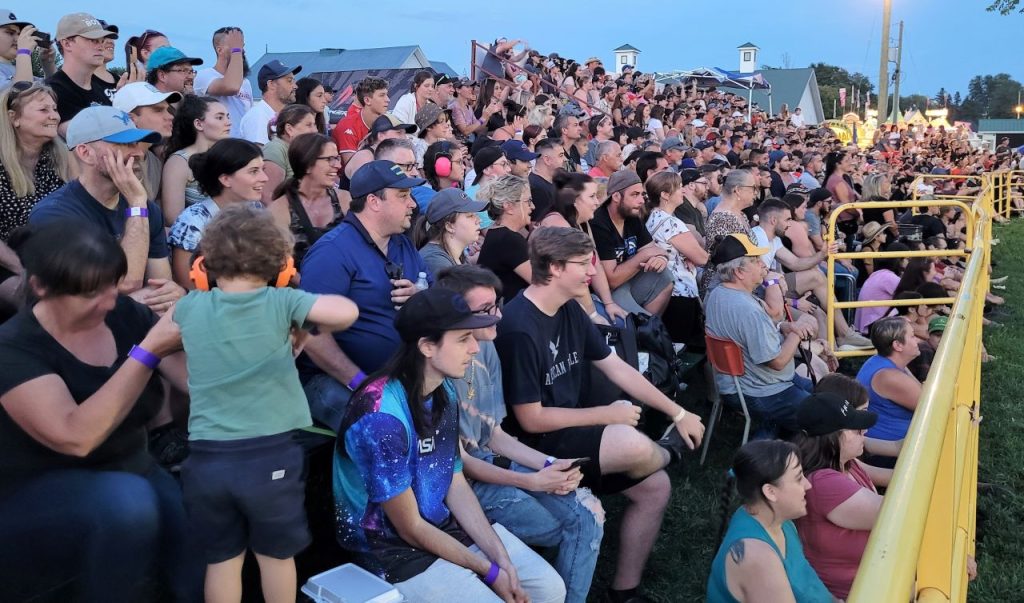 “Everyone commented on the entertainment we had in the beer garden,” Nixon said. “People were saying whoever booked the music should get a big pat on the back.”

The fair’s president had high praise for the volunteers and fair committee members, all of whom put in a great deal of work to make this year’s Vankleek Hill Agricultural Fair the largest one ever.

“The biggest thing – we need to thank all the volunteers – it takes a lot of people,” Nixon said. “All the committee chairs and volunteers did their part and it made my job a lot easier.”

“They are the ones who deserve the credit.”

If there was one issue during the weekend it was that organizers had difficulty in getting food vendors due to the COVID-19 pandemic. A shortage of vendors, combined with record attendance, led to some long lines at the food concession stands. But people were patient and vendors worked hard to keep up, despite shortages of staff.

“A lot of the vendors we used to have are no longer in existence since COVID,” Nixon explained. “But the ones that were there did a great job.”

Photo Gallery: Click on any photo to see it in full size 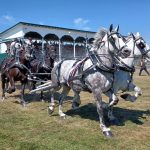 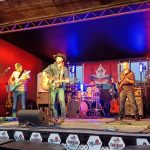 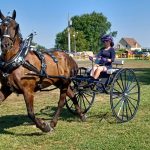 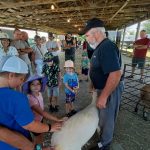 Sheep shearer Ross Creighton of Clayton in Lanark County was at the Vankleek Hill Fair to demonstrate the skills of giving the wooly ruminants a haircut on a hot summer day. Photo: James Morgan 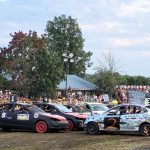 Cars line up for the demolition derby. Photo: Reid Masson 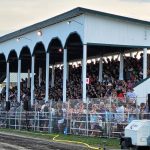 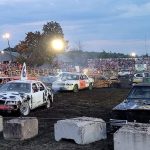 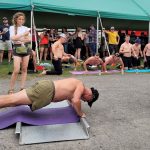 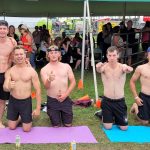 Hudson supporters performed pushups along with him. Photo: Reid Masson 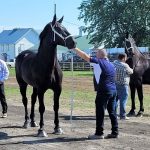 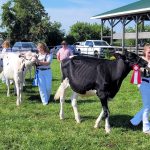 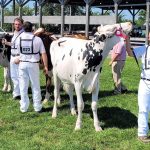 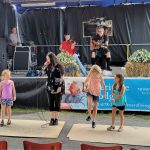 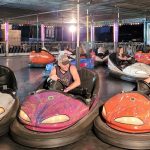 The midway was packed all weekend. Photo: Reid Masson 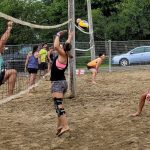 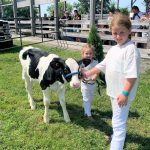