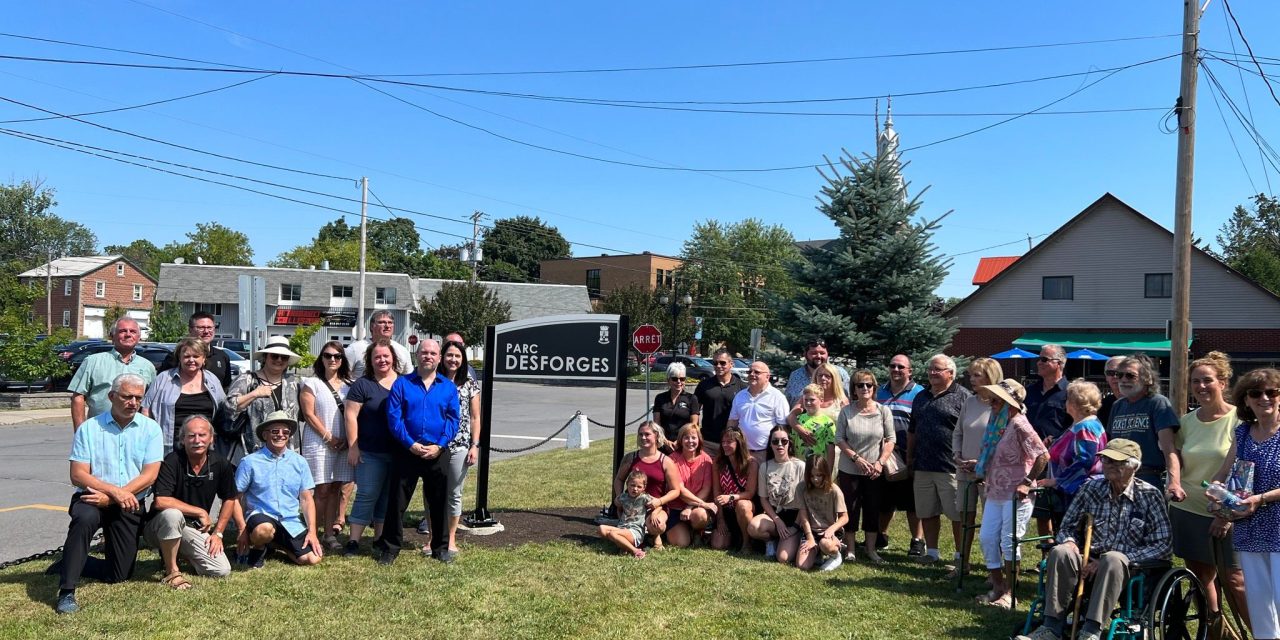 The park in the centre of Grenville by the canal is now named Parc Desforges. The Desforges family has a long history as village councillors and funeral home owners in Grenville. Mayor Pierre Thauvette, village councillors, Argenteuil-La Petite-Nation MP Stéphane Lauzon, Argenteuil MNA Agnès Grondin, and MRC d’Argenteuil Prefect Scott Pearce, along with members of the Desforges gathered on August 20 to unveil a new plaque and sign at the park. Village of Grenville Facebook photo

Two landmarks in Grenville are now named after prominent people in the village.

On Saturday, August 20, the youth centre on rue Tri-Jean was renamed after late Mayor Luc-Grondin, who passed away in November of 2018. For the dedication and plaque unveiling, Mayor Pierre Thauvette and the village council were joined by members of Grondin’s family, Argenteuil-La Petite-Nation Member of Parliament Stéphane Lauzon, Argenteuil Member of the National Assembly of Québec Agnès Grondin, who is a cousin of the late mayor, and MRC d’Argenteuil Prefect Scott Pearce. 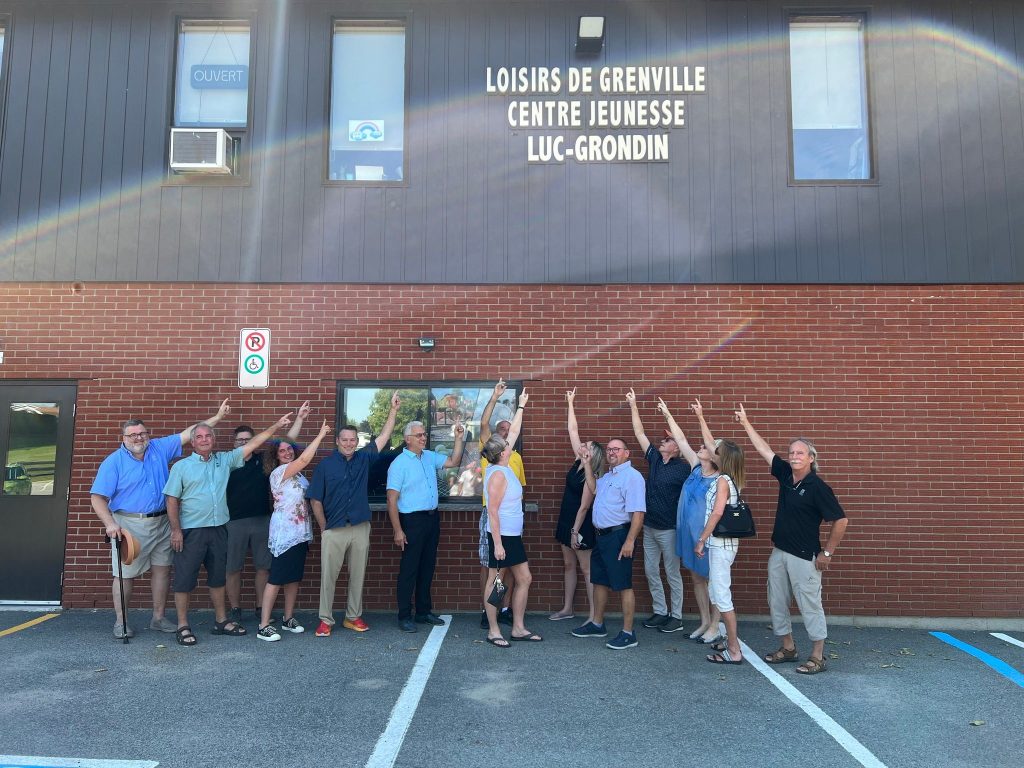