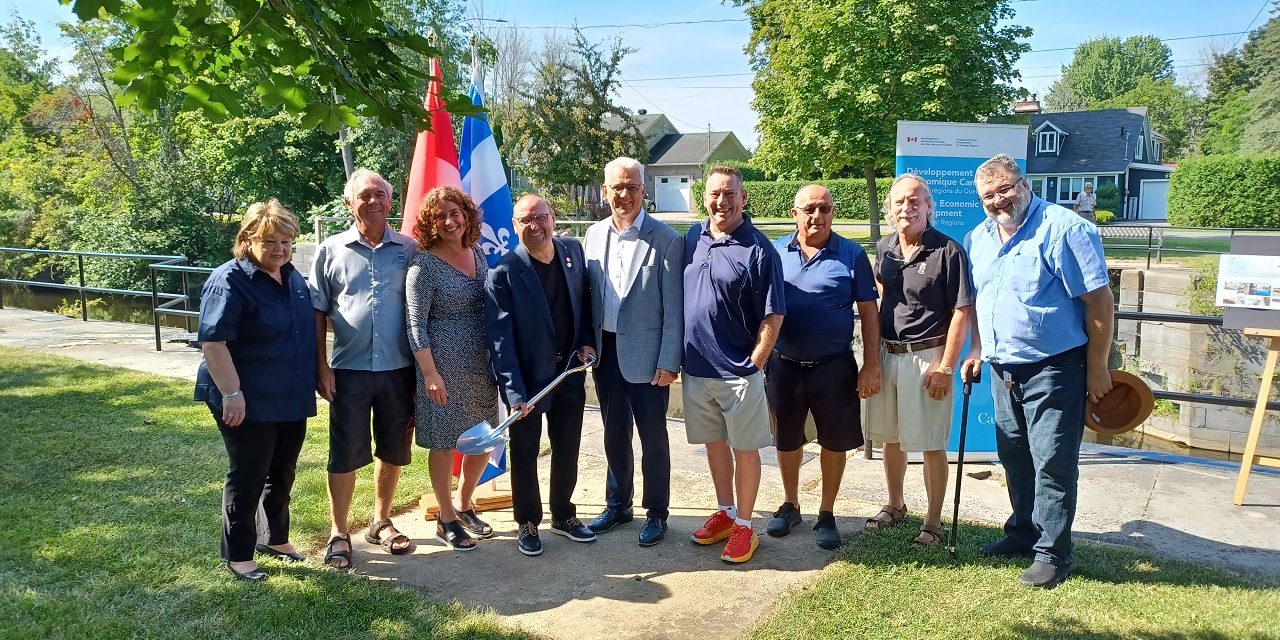 After months of delays and then preliminary work, the Village of Grenville is finally able to begin major rehabilitation work on the historic Grenville Canal. Work began on Monday August 15.

Stabilization and reconstruction of the canal walls is taking place along the northern part of the canal near the pier and near the site of the former lock beside Parc Desforges.

The project is made possible because of $2.5 million each from the Québec and federal governments, which was originally announced in January 2021.

“This has been an important dossier for me,” said Argenteuil-La Petite-Nation Member of Parliament Stephane Lauzon at a press conference held in Grenville on August 19.

Lauzon said securing the funding took a long time. He described it as a start towards preserving the canal as the work being done currently is the first of two phases.

Argenteuil Member of the National Assembly (MNA) of Québec Agnès Grondin spoke of the canal’s heritage significance and how preserving it could benefit the local economy.

Grondin also referred to how important preserving the canal was to former Grenville Mayor Luc Grondin, who passed away in November 2018. Mayor Grondin was a cousin of MNA Grondin.

“The municipality is very thankful to the governments of Canada and Québec,” remarked Grenville Mayor Pierre Thauvette.

The contractor completing the work on the canal is PRONEX of Lachute, which has significant experience with excavation in marine environments. 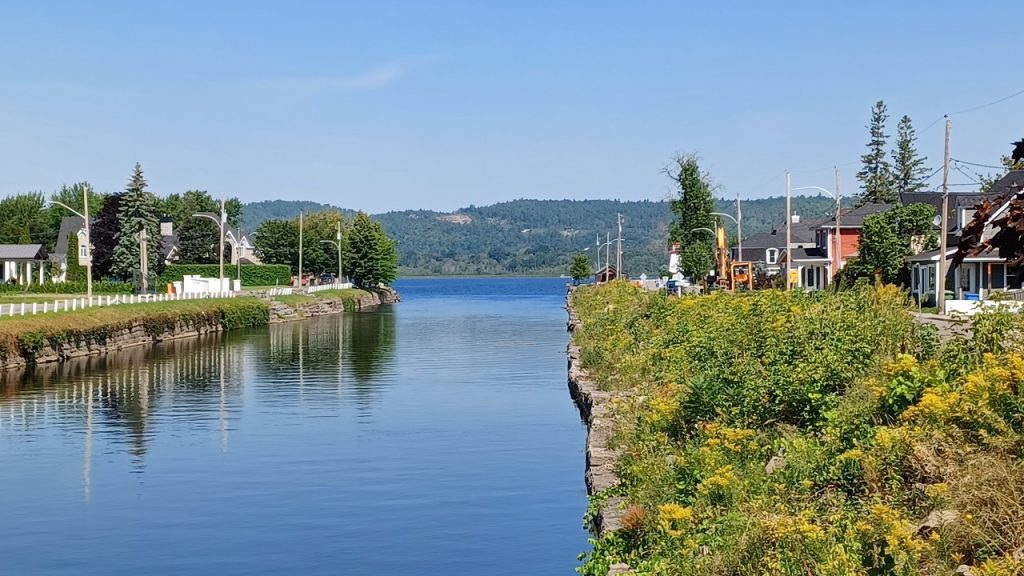 Work site for the repairs being done to the Grenville Canal along rue Canal Nord. Photo: James Morgan

The Grenville Canal was built between 1819 and 1834 by the British Army as a route for transportation along the Ottawa River to connect Montreal with the Rideau Canal at Ottawa. The canal bypassed the Long Sault Rapids, which were inundated following the construction of the Carillon Hydroelectric Station in the 1960’s.

Once the repairs are completed to the Grenville Canal, it may open again to pleasure boating. Since 2008, subsistence along the lock walls have made the upper part of the canal dangerous for marine traffic and the section was closed to boats. The project will also upgrade infrastructure along rue Canal Nord.

Some work on the canal walls was done along rue Canal Sud in 2021. The village also relocated the former tourist information building in 2020 from the corner of rue Maple and rue Principale to beside the pier and boat ramp. It will eventually reopen as a new tourist information and visitor centre.

Completion of the canal work is intended to enhance the historic canal as a centrepiece of the village and make it a major recreational tourist attraction – focused on pleasure boating, cycling, and historical interpretation.

The boat ramp on rue Canal Nord has been closed since August 15 and will remain closed for the rest of the 2022 boating season. Access to rue Canal Nord Street will be very limited and residents of the street are being kept notified by the village about the progress of the project.

According to village Director-General Alain Léveillé, the repairs to the Grenville Canal will be complete by the autumn of 2023.

Map of area of the Grenville Canal where repair work is taking place. Map: Village of Grenville with information added by James Morgan