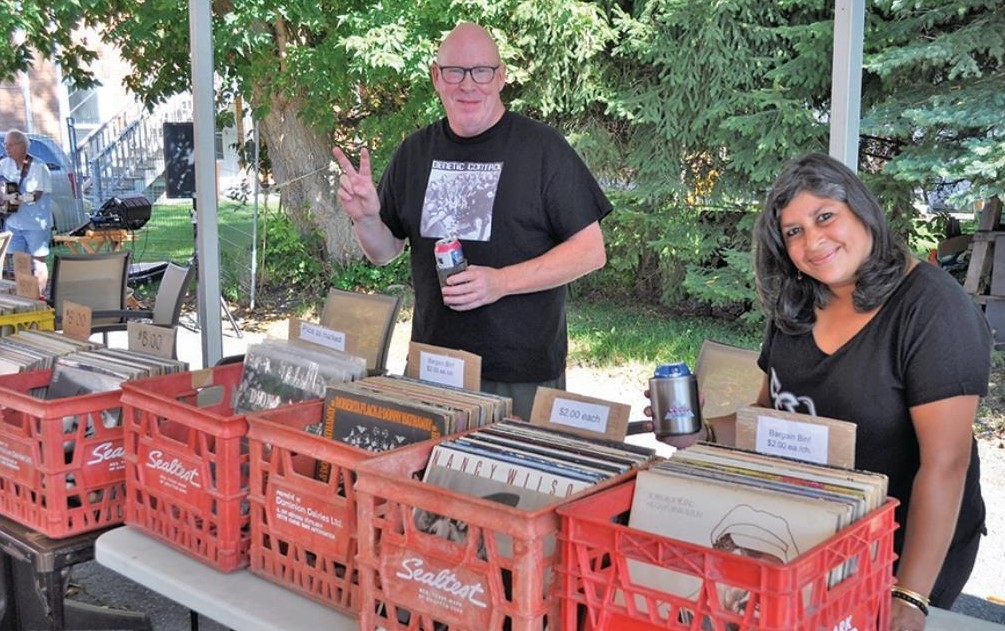 Rob Carr and Rupa McAndrew man one of the sales tables at Vankleek Hill’s 2021 Vinyl Sale and Swap Meet at the Windsor Tavern. The event returns for 2022 on September 10. Photo: Barry Goudreau 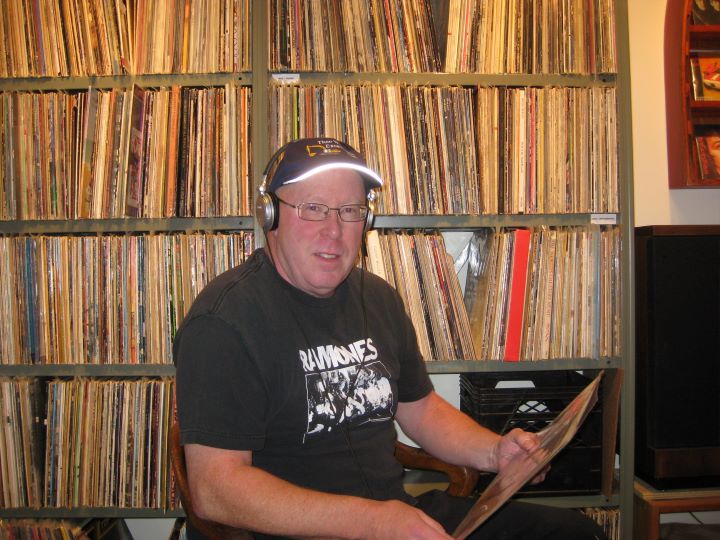 Local vinyl record enthusiasts will have a chance to add to their collections – and pass on some of their extras – when Beau’s Brewery presents Vankleek Hill’s fourth annual Vinyl Sale and Swap Meet at Windsor Tavern on September 10.

Organizers are hoping local collectors will turn out with their doubles and other items for trade at the swap. It’s also a great way for enthusiasts to meet each other and talk about a hobby that grows in popularity by leaps and bounds each year – almost 30 years after vinyl records were left for dead.

Carr went from normal audiophile to a fanatical collector of vinyl in the early 1990s, when he lived near Finnegan’s Market in Hudson, Québec. There he discovered a virtual treasure trove of old vinyl records being sold off in the wake of the growing popularity of compact discs (CDs).

“I’d go down to the flea market on Saturday mornings and there was one or two guys selling records,” Carr recalls. “At that time they were one dollar each and they were in amazing shape.”

“I started to bring home between 20 and 40 LPs every Saturday.”

As his enthusiasm for vinyl collecting grew, Carr continued to expand his space for the hobby. The Vankleek Hill resident now owns more than 4,000 albums – a number he says is quite reasonable for avid vinyl collectors.

The value of vinyl albums can vary widely depending on a number of factors, including rarity, condition and the featured artist. Some albums are worth virtually nothing, while others can fetch tens of thousands of dollars. Most popular are vintage rock albums, which are collected not only by those who listened to the music when it was first released, but also by younger generations who have developed a love for classic rock.

“The young kids have gotten into collecting and they love our classic rock,” Carr explains. “All the standard stuff, like Led Zeppelin, The Doors, Pink Floyd, will not sit on a shelf for one second – it’s gone.”

“All these young people are buying that stuff up like crazy.”

The popularity of classic rock records among the younger set does grate a bit on the older generation Carr says, but he’s learned to accept the bad with the good.

“Because the young people are so into it, they’re driven the prices up and driven some of us out of the market. But we’re happy that the demand is there, because it perpetuates the love of vinyl.”

The biggest surprise for the enthusiastic collector is the popularity of vintage punk records.

“Never in my life did I think punk records would be worth something, but now they’re among the most expensive, because they were produced in such small quantities.”

Condition is also very important as far as value is concerned, although for beginner collectors and those who are less picky, condition is not as critical.

“I have quite a few records that are not necessarily in great condition, but if I got them for 50 cents or a buck, I didn’t care,” Carr enthuses. “But if they’re not in good shape a real collector will not want them.” 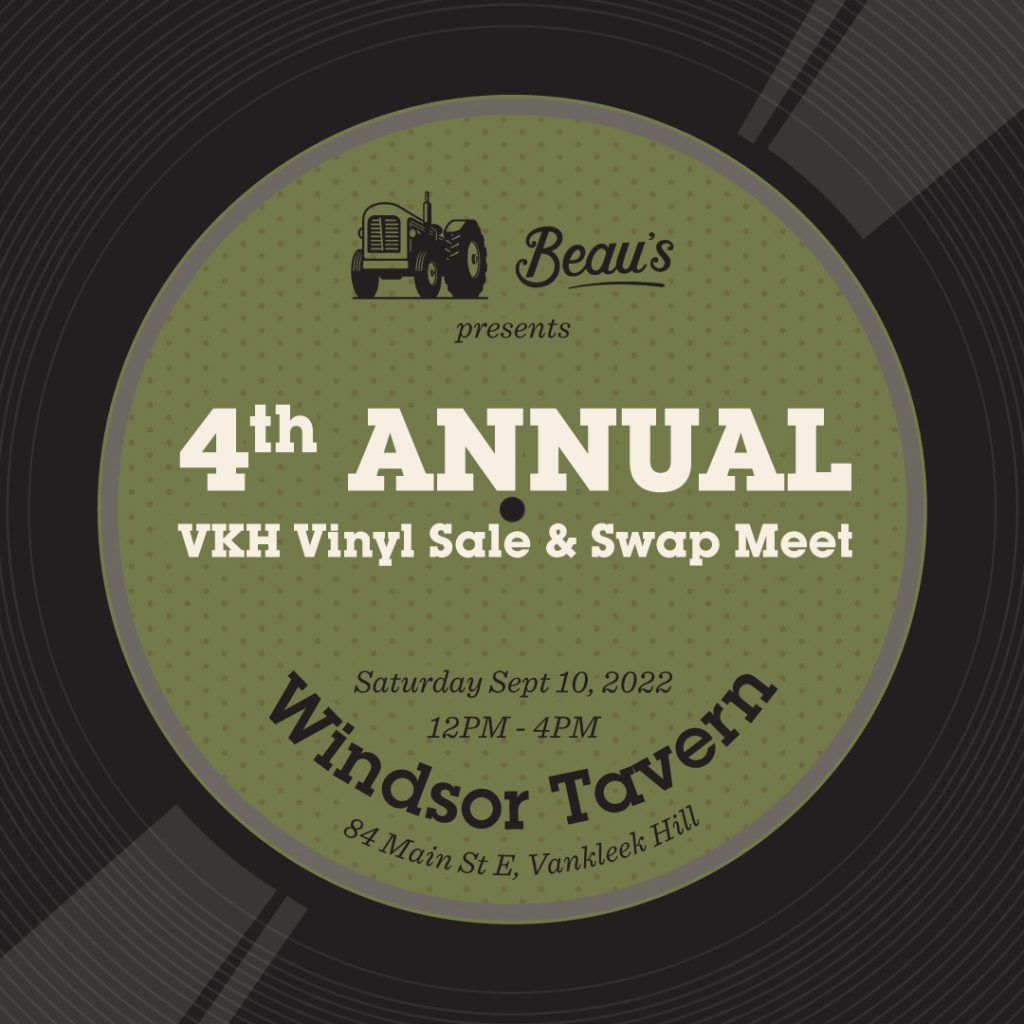 Vinyl swaps such as the one in Vankleek Hill on September 10 are a great place to meet other vinyl collectors. Submitted Photo

Vinyl swaps are a great place to meet other vinyl collectors and offer a great opportunity to find records in great condition that might be of a genre one collector favours over another.

“You can take 10 rabid record collectors, put them in the same room together, and they’ll have nothing in common as far as musical tastes are concerned,” Carr notes. “Somebody might be a metal head, another likes folk rock, or jazz. There are lots of opportunities to swap.”

“We don’t like digital, because digital is not real,” he explains. “Analogue is the only way you can reproduce the wave form correctly.”

The Vinyl Sale and Swap Meet at the Windsor Tavern on September 10 will run from noon until 4 p.m. and Carr says he and many other local collectors cannot wait.

“For us vinyl people, the chase is almost more exciting than the find. You can’t resist – you see a box of 100 records and you have to go through them, even if you don’t think there’s something there.” 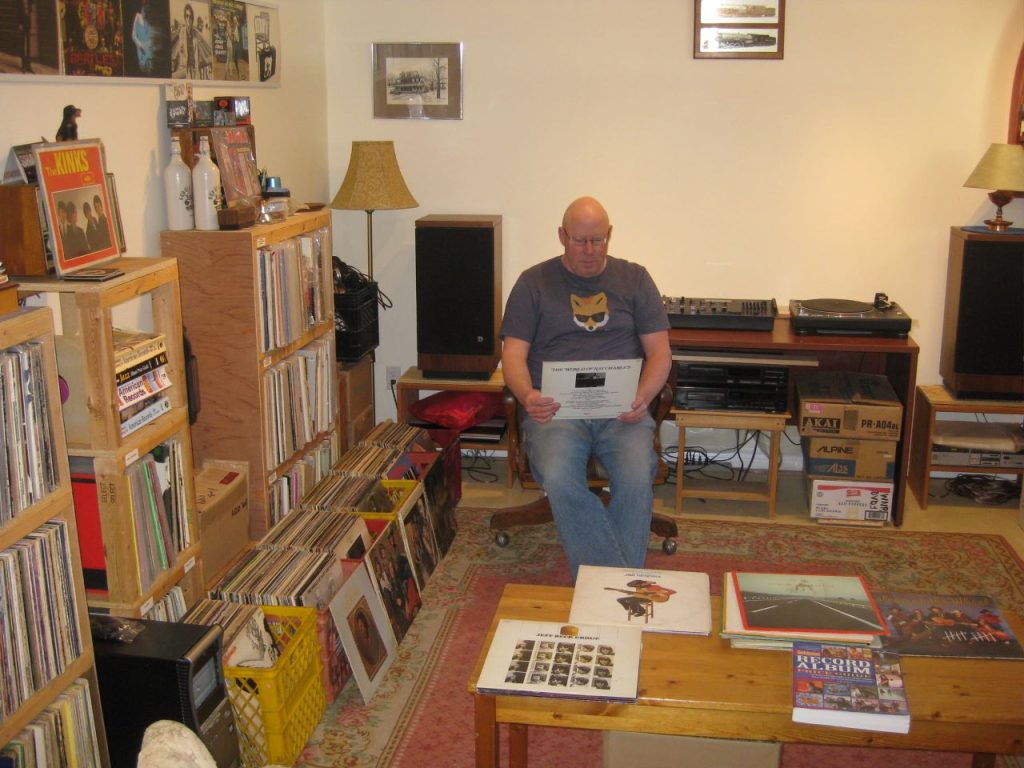