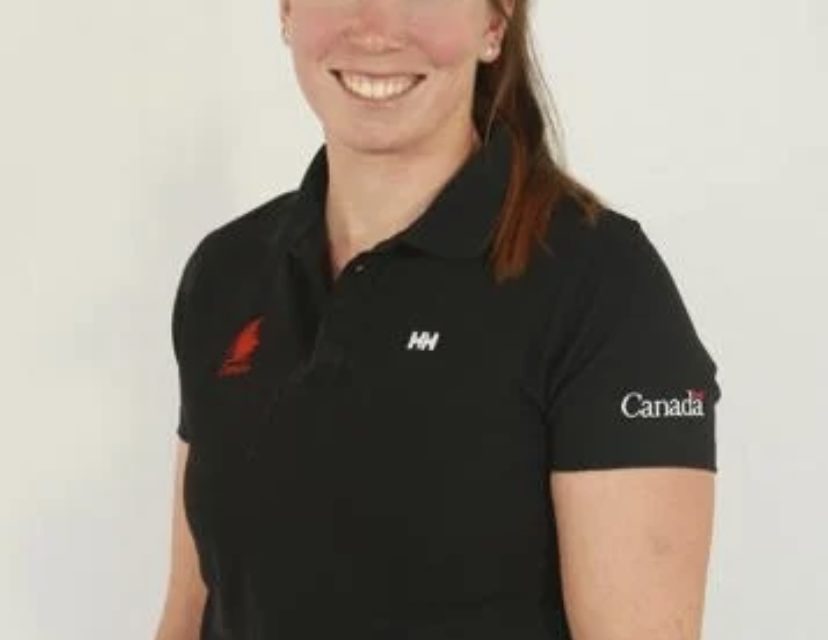 Danielle Boyd, a competitive sailor who has represented Canada internationally, is the guest speaker for the 2022 Glengarry Sports Hall of Fame induction dinner. Submitted photo

One of Canada’s top competitive sailors with roots in Glengarry County will be the guest speaker at the 2022 Glengarry Sports Hall of Fame Induction Dinner on August 17 in Maxville.

Danielle Boyd is the daughter of Florence (McCrimmon) and Jeff Boyd of Kingston. Danielle comes from an athletic family. Her mother, Florence, coached provincial champion track and field athletes at Loyalist Collegiate high school in Kingston. Her father, Jeff, is an elite sailor in his own right, who was a coach on the Canadian Olympic sailing team at the Los Angeles games in 1984. Danielle is the granddaughter of the late John Naughton and late Dorothy McCrimmon from McCrimmon.

Danielle Boyd played lots of sports growing up including competitive swimming and high school volleyball, cross-country and track. But like her father, her passion was for sailing and she began sailing at the age of six at the Kingston Yacht Club. Boyd grew up sailing on skiffs, which are lightweight, high-performance boats, and quickly moved to the 49erFX. The boat has been used in the Olympics for a number of years for males, but as of 2016, the
49erFx class was included in women’s sailing competitions.

Boyd completed an English and Psychology degree at Dalhousie University in Halifax. While studying she continued to do some sailing and coaching in Halifax. Boyd competed in her first world championship in 2010, was actively involved with the Dalhousie Sailing Team throughout her undergraduate years, and was a member of the
Student Yachting World Cup team that finished second in France in 2012.

Upon completion of her university degree in 2012, Boyd teamed up with Erin Rafuse from the Royal Nova Scotia Yachting Squadron to start sailing with the goal to represent Canada at the 2016 Summer Olympic Games in Rio de Janero, Brazil. This partnership would begin a great 4 year training program of competing on the national and
international stage. Competitions included national championships, the 2015 Pan Am Games in Toronto, and yearly world championships in Europe, the United States and South America. As a result of their success at these international regattas, the pair qualified the country to compete at the Rio 2016 Games. In March 2016, Sail Canada
named Boyd and Rafuse as the Canadian team representatives. Boyd’s dream of sailing for her country at an Olympic games was real.

Outside of sport, Boyd is a creative writer and marketer. She stays connected to sailing through coaching the next generation of athletes. Danielle Boyd will share her sailing career highlights as guest speaker at this year’s Glengarry
Sports Hall of Fame Induction Dinner on Wednesday, August 17, at the Maxville and
District Sports Complex.