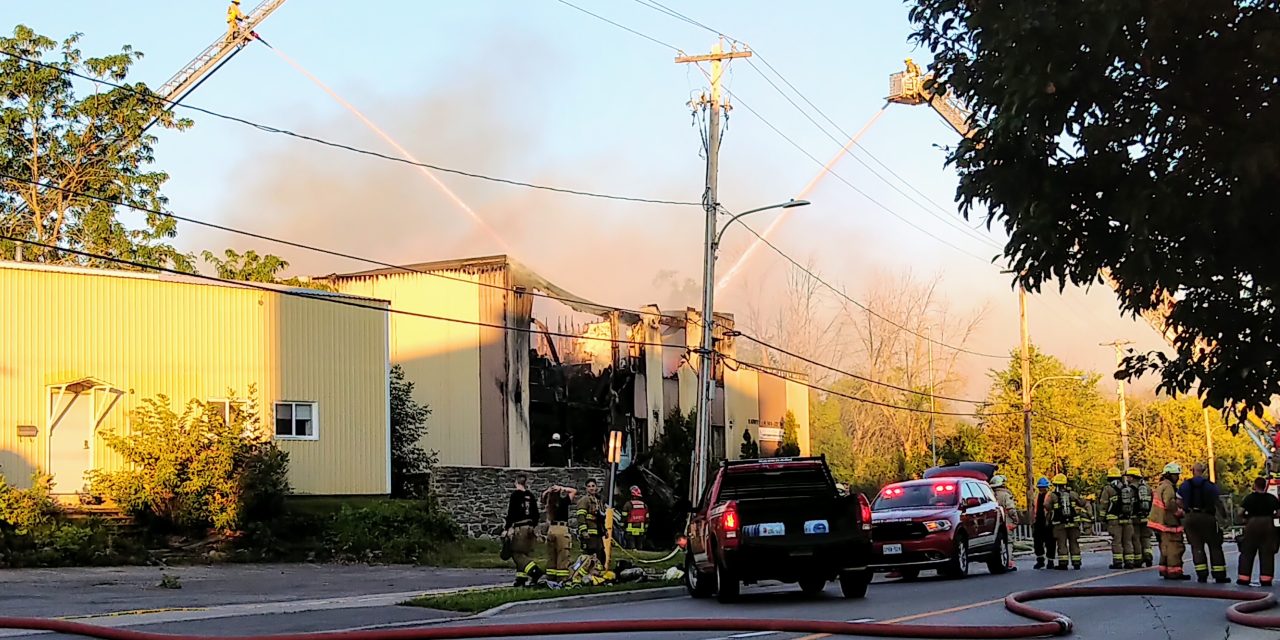 The OPP is investigating the cause of a fire at the former École Ste-Marguerite-Bourgeois on Bon Pasteur Street in Hawkesbury which occurred on Saturday, August 6. Photo: Sylvain Lauwers

The cause of a fire at a former school in Hawkesbury is under investigation by the Ontario Provincial Police (OPP).

According to Hawkesbury Fire Department Captain Julien Boisvenue, firefighters were called at 2:12 a.m. on Saturday, August 6 to a fire at the former École Ste-Marguerite-Bourgeois on Bon Pasteur Street. The fire was under control by 11:44 a.m. but firefighters remained at the scene until about 3 p.m. on Saturday.

Boisvenue described the job of putting out the fire as a defensive attack from the exterior of the building.

The site has been transferred to the OPP for investigation.

Boisvenue said there were no injuries as a result of the fire. The building sustained heavy water damage.

École Ste-Marguerite-Bourgeois in Hawkesbury closed in 2013. The building was mostly vacant as of the time of the fire. Theatre Cercle Gascon was using some of the building as storage space. Boisvenue said the fire department and OPP recently used the building for rescue practice.