Adventures in Space – A home eight generations in the making 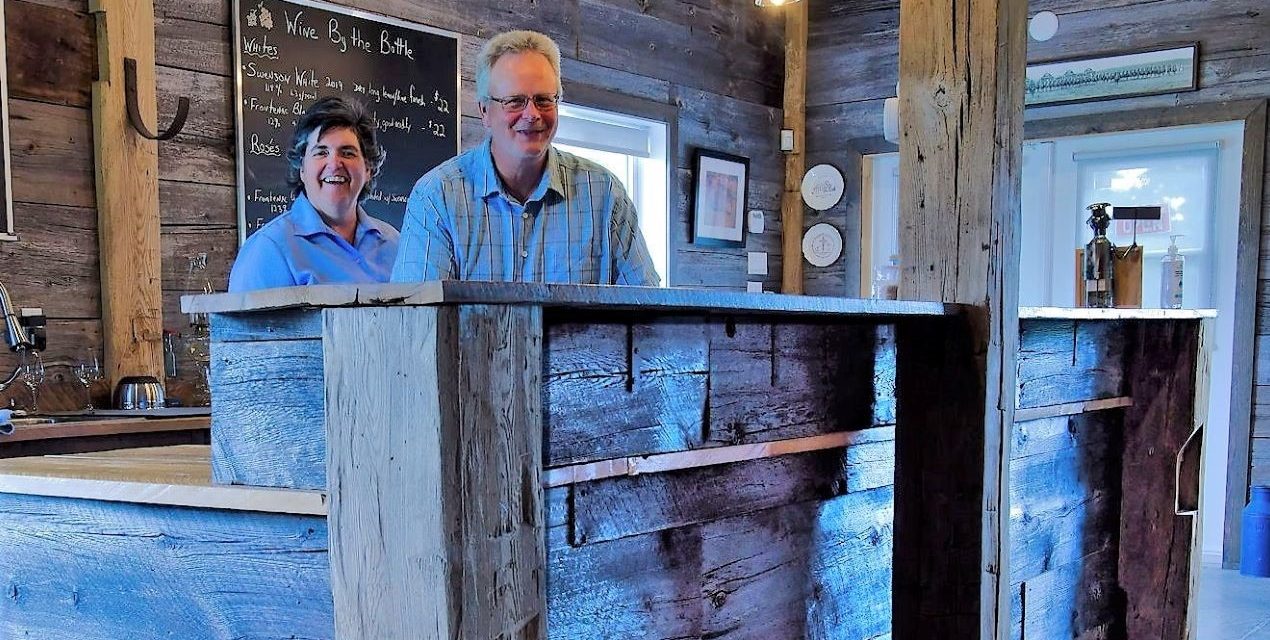 Joanne Pratt and Craig MacMillan in the bar area of the winery, built from timbers reclaimed from the old post and beam barn. Photo: Greg Byers 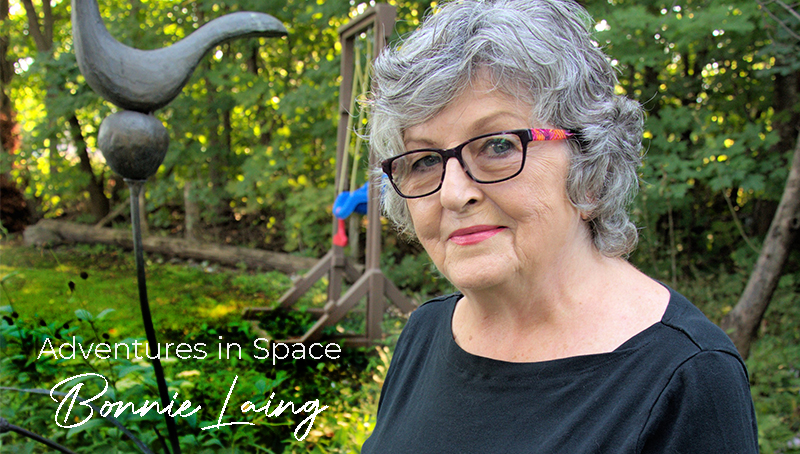 “History never looks like history when you are living through it,” visionary John W. Gardner wrote.

Craig MacMillan and Joanne Pratt would probably agree. They are the latest chapter in a history that goes back to 1792, when Craig’s ancestor, John Roy MacMillan, emigrated to Canada and moved to what is now the Lochiel region in Glengarry.

“He received a land grant for 200 acres in Glengarry in 1793,” MacMillan says. “The stone house was likely built sometime after 1812.”

The stone house and farm stayed in the MacMillan family until the 1920s, when it was sold out of the family. When Joanne and Craig moved to Ottawa in 2007, they took their children down to the farm where Craig’s grandfather had lived. They also let people know that they would be interested in buying back the property should it become available. In 2008, an uncle reported that the current owners were looking to sell. In a private sale, Craig became the eighth generation of MacMillans to own the house and farmland.

When Craig first took possession, the 200-year-old house had a circa-1975 vibe. The renovations the MacMillans undertook were extensive – new windows, a renovated kitchen, two new bathrooms, sprayed in insulation, flooring and an added pantry.

“We took the framing out of the stone entranceway because I had to duck to go under it,” MacMillan laughs. “People were shorter two hundred years ago.

But while modern touches were added, the historic charm and integrity of the house was retained. Gyprock was removed in the kitchen, living room and mudroom to expose the original field and quarry stone. There was a fire in the house in 1975 and the scorching can still be seen in the original hand-hewn log beams and flooring in the living room. There is also a steamer trunk and a spinning wheel, which belonged to earlier MacMillans.

The couple had long been interested in establishing a winery. In 2018, the MacMillans opened Stonehouse Winery, in the beautiful retrofitted post-and-beam barn on the property, which they reset upon a new foundation. 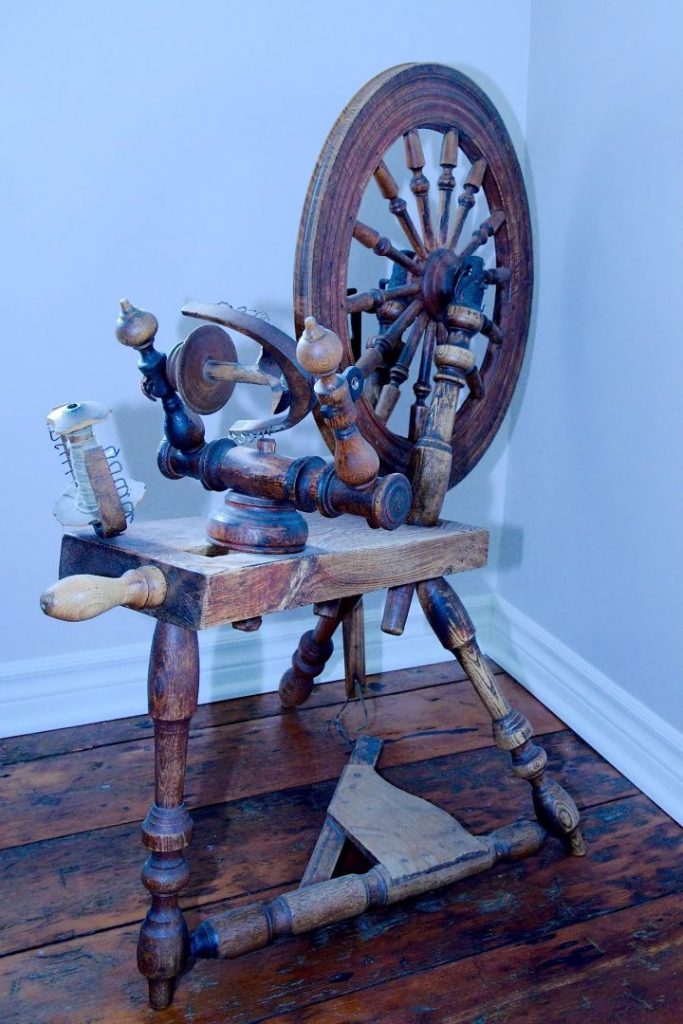 A spinning wheel that belonged to one of Craig MacMillan’s ancestors. Photo: Greg Byers

“Experimental grapes were already being grown here,” MacMillan says. “We learned everything we could about cold climate grapes and now have 5.4 acres under cultivation, producing nine different kinds of wines.”

The establishment of the winery involved the re-purposing of the old barn. Built in the mid-1800s, the barn was lifted to remove the rock foundation, then placed on a cement pad to become the winery’s main building. The wine processing, storage and tasting room occupy the main floor, while the hayloft has become an event area for tastings and other social events. Although modern trusses were used in the construction, the original hand-hewn beams can still be seen throughout the barn. Except for the new pine floor, the hayloft is original.

Like many businesses, Stonehouse Vineyard suffered during the pandemic. But the MacMillans added two large outdoor patios and pickup windows to keep serving the public. It is now back in full operation, Wednesday to Sunday. They recently hosted the fourth annual A Glengarry Affair: Local Wine and Food Pairings. Weddings that had been re-scheduled two or three times, are now taking place. To book an event or to learn more, visit www.stonehousevineryard.ca. 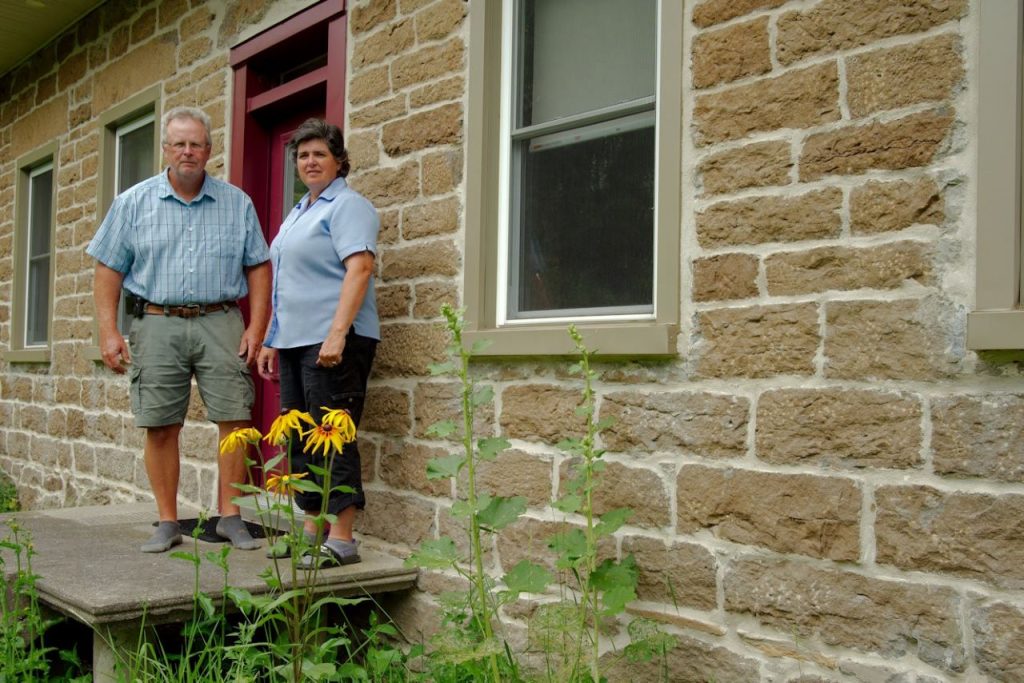 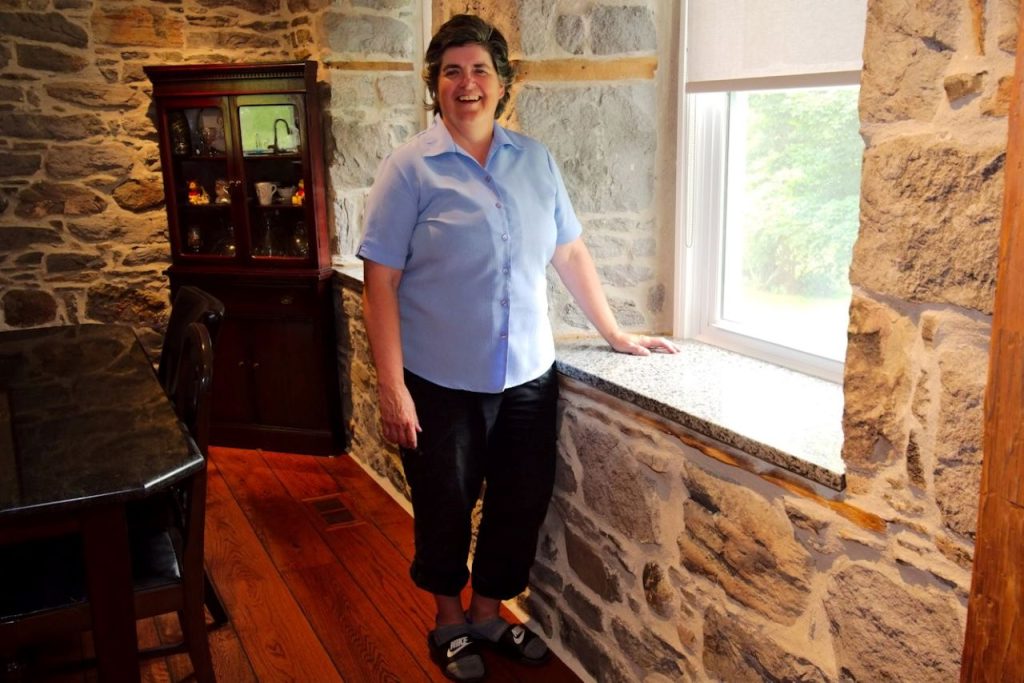 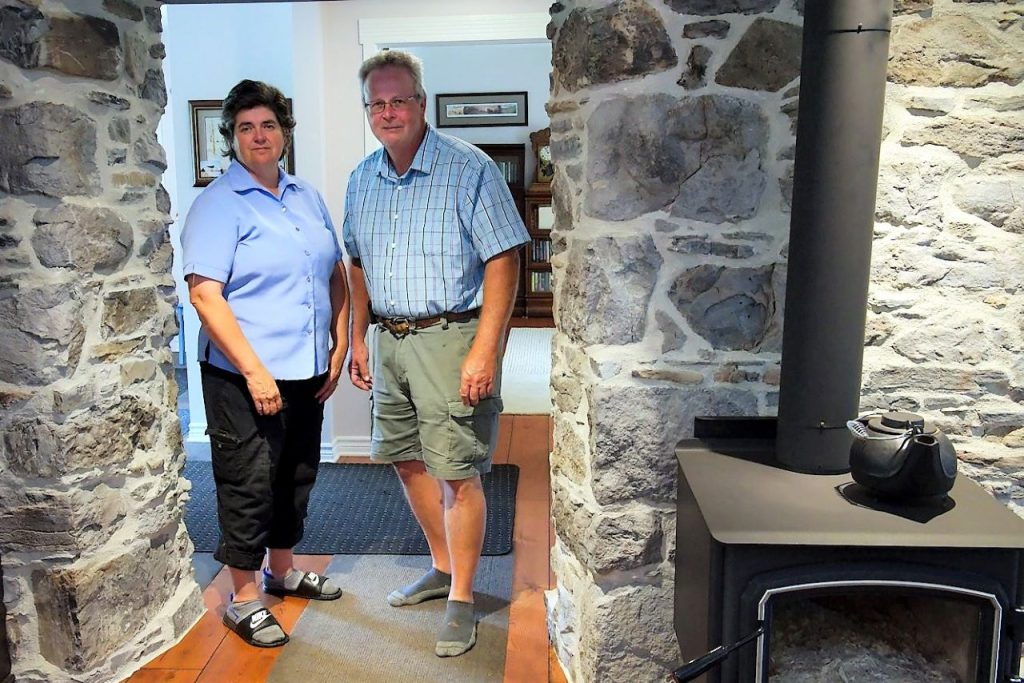 The original back stone entranceway to the farmhouse. Photo: Greg Byers