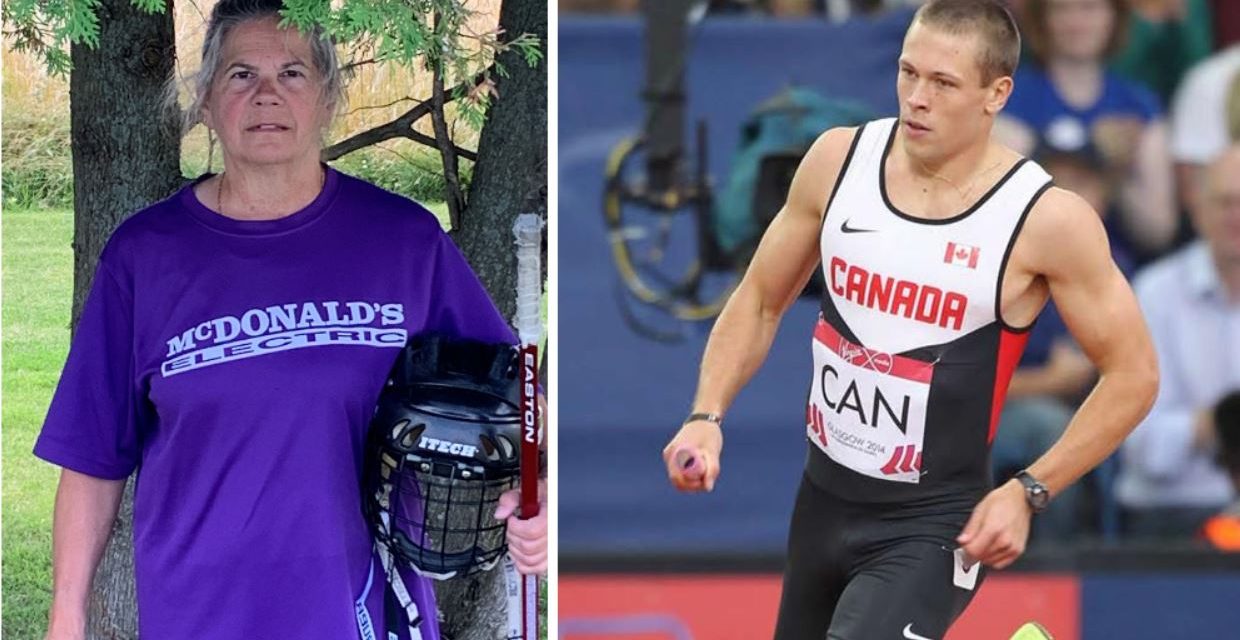 Barbara Benton (left) and Michael Robertson are among five inductees into the Glengarry Sports Hall of Fame for 2022. Submitted Photos

The Glengarry Sport Hall of Fame will induct five new nominees on August 17. The hall of fame has provided biographies for each of the 2022 inductees, which will be presented in The Review over the next few weeks leading up to the induction ceremony. This week we feature Barbara Benton and Michael Robertson.

At the heart of every sport community is that one individual whose participation, commitment and volunteerism serves to rally others to join and benefit from local sport leagues. 2022 Glengarry Sports Hall of Fame inductee, Barbara Benton is such that person.

Barb grew up on the Gore Road in Summerstown Station, daughter of Theresa and the late Charles Taillon. In 1981 her family moved to Apple Hill, where she met and later married Barry Benton and together raised their two children Jacob and Melissa. Barb’s family has been active in many sport activities over the years and she has enjoyed playing alongside her daughter in ball hockey, managing her son’s hockey teams and organizing a benefit golf tournament with her husband to raise funds for the Apple Hill Community and medical centre.

Barb’s elite athleticism and passion for sports developed at a young age. She recalls registering to play any sport that was offered in her immediate community, specifically broomball, baseball, sponge puck and ball hockey. When the Williamstown arena opened, Barb began playing recreational broomball and sponge puck. In the summer months baseball was her go-to sport and in the 1980s, she added ball hockey to an already busy sport schedule. On her weekly calendar, each night had a game scheduled and weekends were often dedicated to home and away tournaments.

Barb has proven her athleticism and leadership time and time again as she has been recognized with numerous individual honours and as a member of championship teams. More than once has Barb been recognized as MVP in all the aforementioned sports. The Williamstown Broomball League recognized her dedication and commitment to the sport when she was recipient of the Elaine Avery Award. For each sport she has played and more than once, Barb has received team MVP awards, most sportsperson like awards, top batter awards, and the Guidon Award for her baseball accomplishments. Little wonder with an athlete like Barb on one’s team, her medal count proves that she has played on a local league or regional championship team more than twenty-five times.

During the 1980s and 1990s, broomball was a very popular and competitive in Glengarry. Followers of the sport will recognize the names of some of the teams on which Barb played such as Sealtest, Alfred Sport, Rayco Sports, MacMillan’s. For 6 years she played with Rayco Sports, a team comprising of players from the Williamstown Broomball League and these ladies annually advanced to regional and provincial competition proudly showcasing the skill of women athletes from Glengarry. Of all the sports that Barb has played, she admits to broomball being her favourite. Currently Barb plays ball hockey and is the lead organizer for the sport. Post COVID-19 participation has reduced the number of women’s teams playing out of the Maxville rink, but Barb is optimistic that participation numbers will increase next year, enough
to continue this recreational league.

Barb’s variety of sporting accomplishments span an impressive 40 years, but her induction into the Hall of Fame also serves to recognize her countless volunteer hours spent to organize, recruit players and sponsors, schedule games and referees, and oversee all the other behind the scenes tasks that need to get done in order for league play to be offered and sustained. In the Glengarry sports’ scene, Barb Benton exemplifies the benefits of being physically active and participating in local sports. She silently leads by example, and demonstrates the importance of giving back to one’s community.

Michael Robertson was raised alongside his brother Ryan by parents Peter and Joan Robertson in Williamstown. His athleticism and natural speed combined with a rigorous training program saw him rise to become a top Canadian sprinter excelling in the 200m, 400m, 4x100m and 4×400 track events.

Micheal’s breakthrough came in 2006, when he represented Team Ontario at the Canadian Legion Championships in British Columbia. With top finishes at this meet, earned Michael the title of the fastest 18-year-old in Canada, winning both gold in the 200-metre and 400-metre events.

Michael attended Char Lan District High School, and he was fortunate to be trained by teacher/coach Rory Blackadder. During his high school years Michael’s sprinting success qualified him to compete at the Regionals, EOSSA (Eastern Ontario Secondary School’s Athletic Association) and OFFSA (Ontario Federation of School Athletic Associations) levels. Competition was tough at the all Ontario level and Michael recalls always reuniting in the starter blocks against two older rival sprinters from the province. He captured double silver and double bronze medals at his OFFSA track meets. Michael graduated from Char Lan in 2007 and made the decision to attend the University of Ottawa so he could pursue his training with the Ottawa Lions Track and Field Club. As a high performance athlete he trained full time with the club, and with his coach of 10 plus years, Canadian Olympic Gold medalist Glenroy Gilbert.

Michael ran with the university’s track club and was recognized as its Athlete of the Year in 2012. When running relays, Michael ran the anchor leg of the relay races and 10 years later his Ottawa U team still holds the Canadian U-Sport record in the 4x200m relay.

In 2014, a highlight of his career included walking in to the Commonwealth Stadium in Scotland and racing alongside the Olympic champion Kirani James in the 400m event. James finished first in his heat with Michael finishing a close second, advancing them both to the semi finals. Michael’s personal best time for the 400m is 46.2 seconds. At the time that Michael was competing, an Olympic time for the 400m was 45.9 seconds.

Michael is a champion and a multi-time medalist as a result of his determination and his inner drive to work and train harder than everyone else. He credits his family and friends for their unwavering support and the Glengarry community for supporting him throughout his track career. Michael holds a Masters degree Human Kinetics and a Bachelor of Education. He currently resides in Ottawa and teaches with the Ottawa Catholic District School Board.

Michael Robertson and Barbara Benton are two of five inductees set to enter the Glengarry Sports Hall of Fame at the induction dinner on August 17, 2022 from the Maxville Sportsplex at 28 Fair Street in Maxville, Ontario. 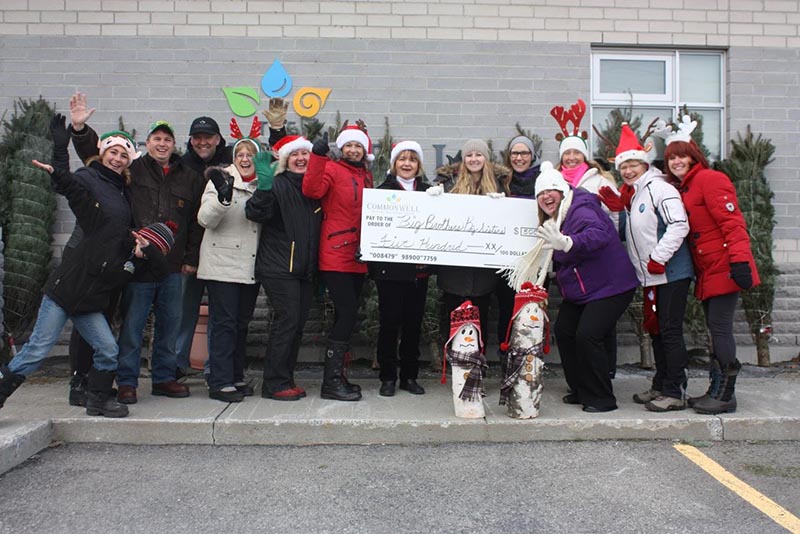 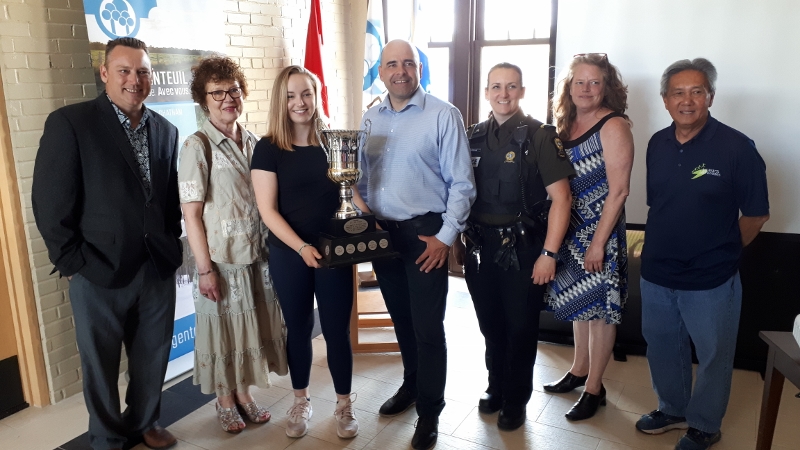 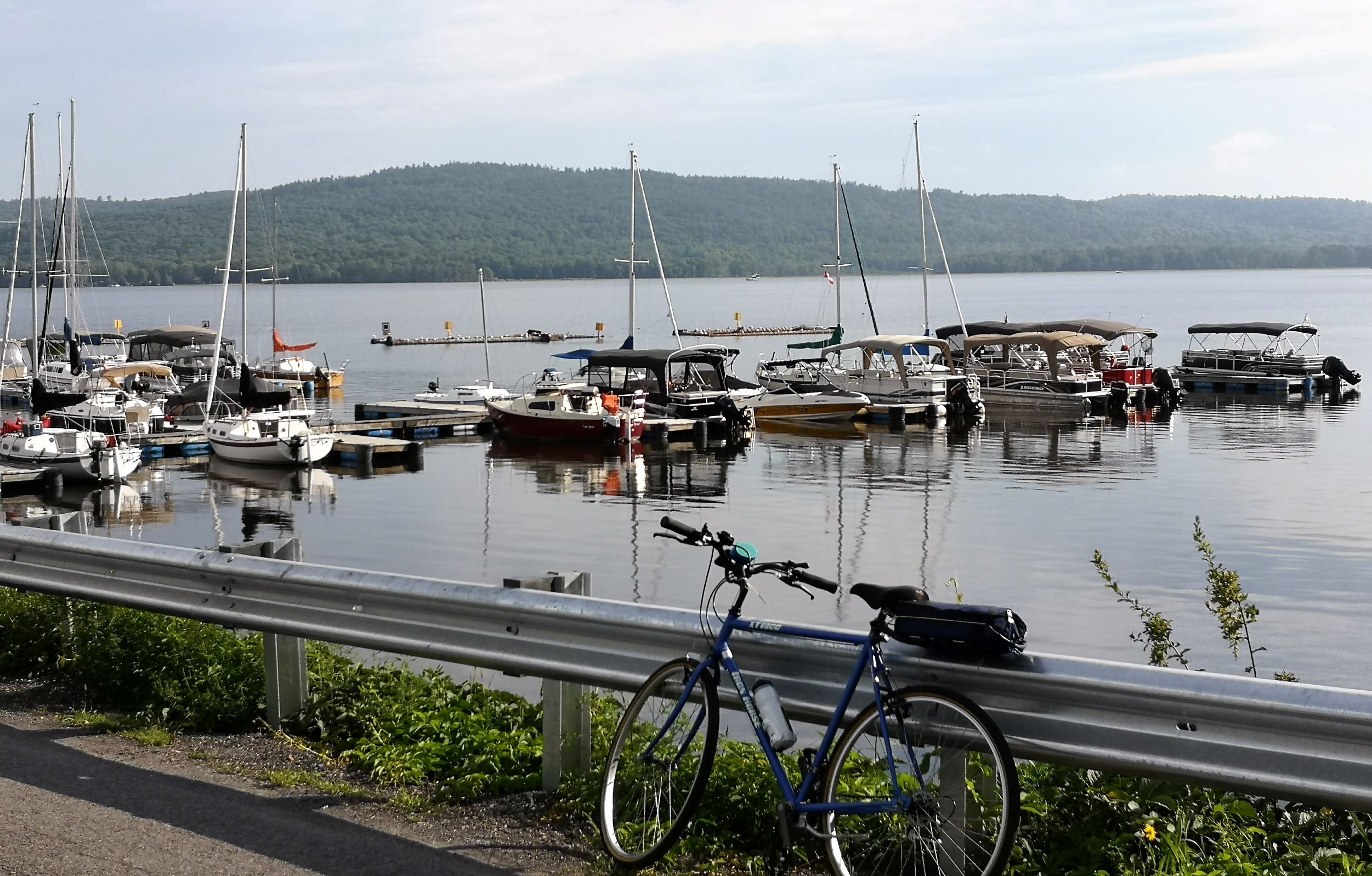 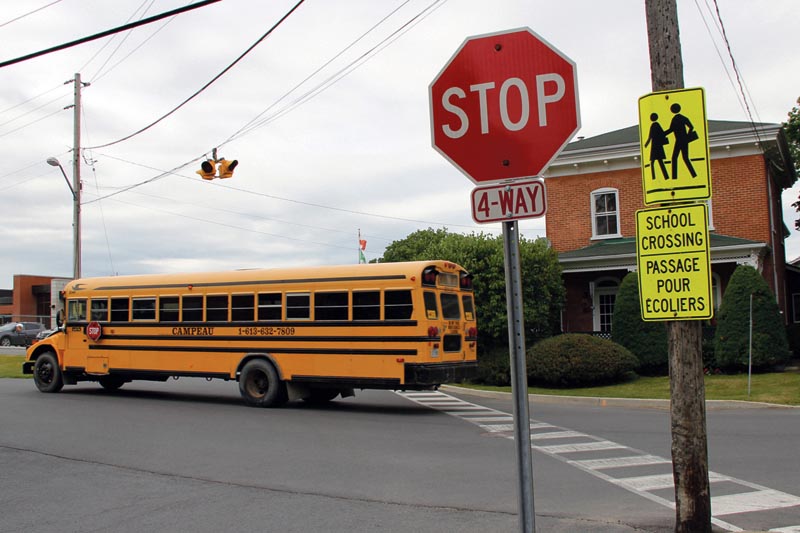