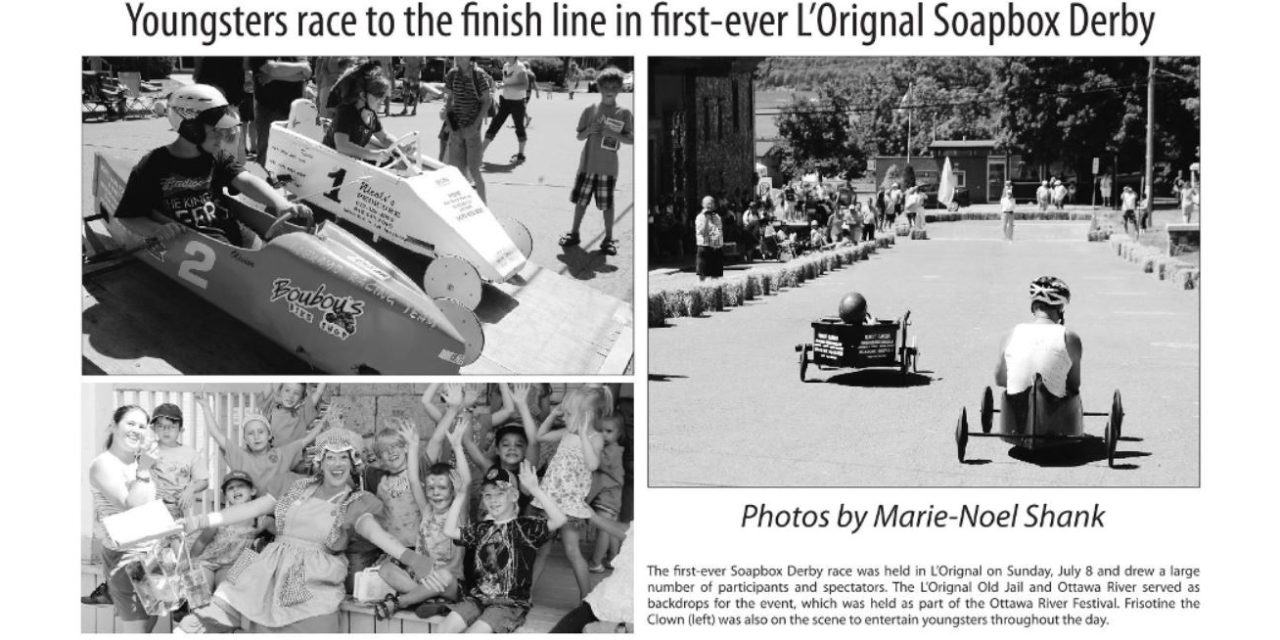 Photo from the July 10, 2012, edition of The Review. Photo: Review Archives

10 Years ago
Festival of Flavours negotiating with EOHU
The Review, July 11, 2012 – VANKLEEK HILL – The annual Festival of Flavours will proceed as planned, although negotiations continue with the Eastern Ontario Health Unit (EOHU) on food preparation and safety concerns. Organizer Phil Arber explained that this year the festival was asked to comply with a number of “very strict regulations” imposed by the EOHU. The festival is well-known for the numerous vendors who showcase their foods in downtown Vankleek Hill and in 2011 attracted more than 6,000 food lovers to the village.

25 Years Ago
Waterfront promenade planned for Hawkesbury
The Review, July 9, 1997 – HAWKESBURY – The Town of Hawkesbury is drawing up plans for a promenade that would meander along the Ottawa River shoreline. The walkway would be set up on the waterfront between Hawkesbury Creek to the west and the municipal garage to the east. The promenade – for pedestrians, cyclists and in-line skaters – would be inexpensive and simple to create, since the town owns most of the waterfront land in the downtown area, noted chief administrator Gilbert Héroux.

50 Years Ago
Duplate expansion bulges PCPS accommodation
The Review, July 12, 1972 – PLEASANT CORNER – The addition of pupils who have moved to the area as a result of the Duplate manufacturing plant expansion has strained capacity at the new Pleasant Corners Public School. The school will add an additional teacher to accommodate the extra students and the art room will be used as a regular classroom until new facilities are provided in the northwest of the counties, at which time pupils from the Plantagenet area will be transferred from the Prescott County school to the new one. It is expected this will relieve the overcrowding to the extent that the art room can again be used for art.

75 Years Ago
Holstein and Ayrshire breeders meet
The Review, July 10, 1947 – VANKLEEK HILL – A well-attended joint Field Day was held by the Holstein and Ayrshire clubs of Prescott County on June 27 at the farm of Thomas Barton, Vankleek Hill Holstein breeder. A judging competition was held with one class each for Holsteins and Ayrshires. Miss Helen Nixon captured first prize amongst the ladies, with Russell McIlwain taking the men’s prize, while two juniors, Jamie McPhee and Elmer McRae, tied for first place in the junior section.

100 Years Ago
Cocaine peddlers arrested in Hawkesbury
The Review, July 14, 1922 – HAWKESBURY – On Thursday afternoon of last week Chief of Police Giroux received word from Assistant Sheriff Wright of L’Orignal, to be on the watch for a red car heading east, which contained suspicious characters. Chief Giroux and Constables Myner and Deshaitre jumped into J. Miller’s car and rushed to Chute-à-Blondeau, where they arrested two of the men at St. Amand’s Hotel, while the third one slipped out a side door and crossed the river into Québec. Searching the car, Chief Giroux found about $3,000 worth of cocaine, which the three men were evidently taking to Montréal.

125 Years Ago
Near miss in careless town shooting
The Review, July 9, 1897 – VANKLEEK HILL – A bullet fired from a rifle in the hands of some careless person made a hole through a heavy plate glass in the transom above the door at Mr. Ralph Leroy’s residence last Tuesday and was found in the curtain, flattened out by the contact with the glass. Mrs. LeRoy was in the hall at the time and could have been seriously injured. Shooting within the town limits should be strictly prohibited.