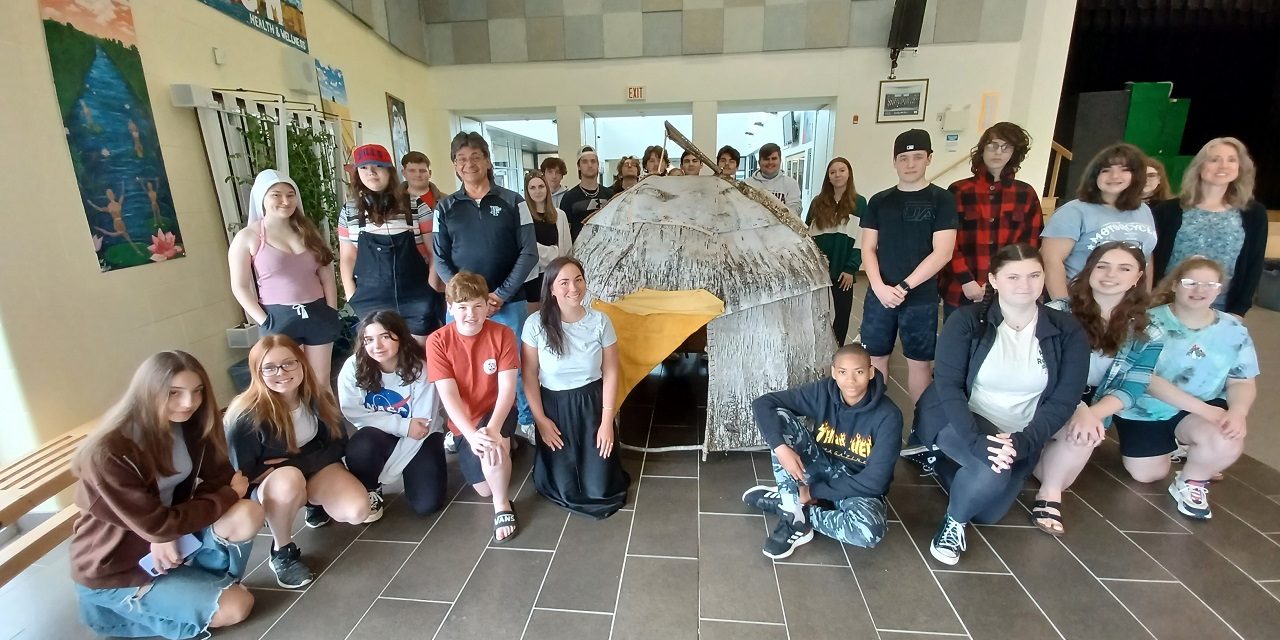 VCI students and staff at the dedication ceremony for the wigwam or pikogan a group of students built with the guidance of Chuck Commanda. Commanda is standing at the left of the dwelling. Photo: James Morgan

An experience helping build an authentic Indigenous wigwam—or pikogan dwelling has been an exercise in understanding and reconciliation for students at Vankleek Hill Collegiate Institute (VCI).

Chuck Commanda, an Algonquin master canoe builder and knowledge keeper from Kitigan Zibi First Nation near Maniwaki built the pikogan with six VCI students. A dedication ceremony was held at VCI on May 30. Another pikogan built by Commanda is on display at the Canadian Museum of History in Gatineau.

VCI Prinicipal Christie Walker had organized two canoe builds with students at a school where she previously served in Smiths Falls and decided to coordinate a similar project at VCI.

Walker thought it was important for students to have a connection with an Indigenous knowledge keeper and have an understanding of the traditions.

The pikogan’s frame is constructed of soft maple saplings and its cladding is flattened white birch bark. Commanda said the maple must be young and green so it retains flexibility, and the birch bark is carefully removed from the tree and rolled in the opposite direction so it will eventually flatten. Usually, spruce roots are used to fasten the bark to the frame, but because this pikogan will often be moved around for display, sinew was used to ensure better durability. There is a small opening at the top of the dwelling for light and ventilation, and the door is made of deerskin.

Any VCI student was eligible to volunteer to help Commanda build the pikogan and learn about Algonquin culture and spirituality during the process. Indigenous Expressions teacher Navy Chadsey’s class participated in the project. Commanda said he told the students about the seven sacred grandfather teachings which are love, wisdom, respect, bravery, humility, honesty and truth.

He explained that truth is the final achievement of the seven teachings because it is the result of the first six.

“In order to know truth, you have to live the first six.”

Commanda also told the students about the seven fires prophecy which details the origins of the Anishinaabe people, their westward migration from their historic home near present-day Sept-Îles, and all races belonging on Turtle Island, which is the Indigenous term for what is presently Canada and the United States.

Commanda’s family has a history of prominent Indigenous craftsmanship. His grandparents helped former Prime Minister Pierre Elliott Trudeau repair one of his canoes, and his grandmother made the buckskin jacket Trudeau was often photographed wearing.

Following the dedication of the pikogan at VCI, Commanda held a traditional Indigenous smudging ceremony outside. 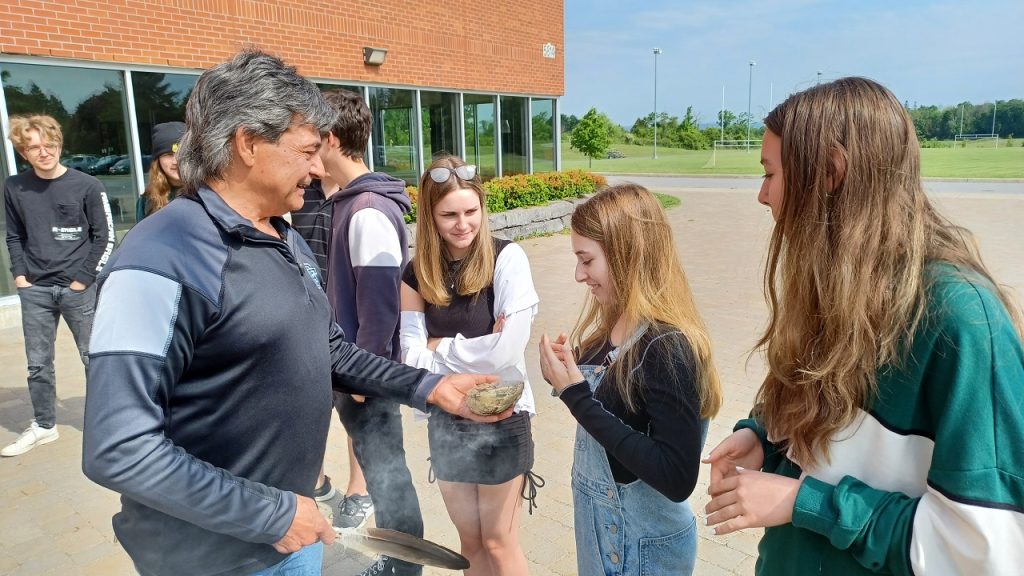 Indigenous knowledge keeper and builder of canoes and pikogans, Chuck Commanda conducted a smudging ceremony with students at VCI on May 30. Photo: James Morgan