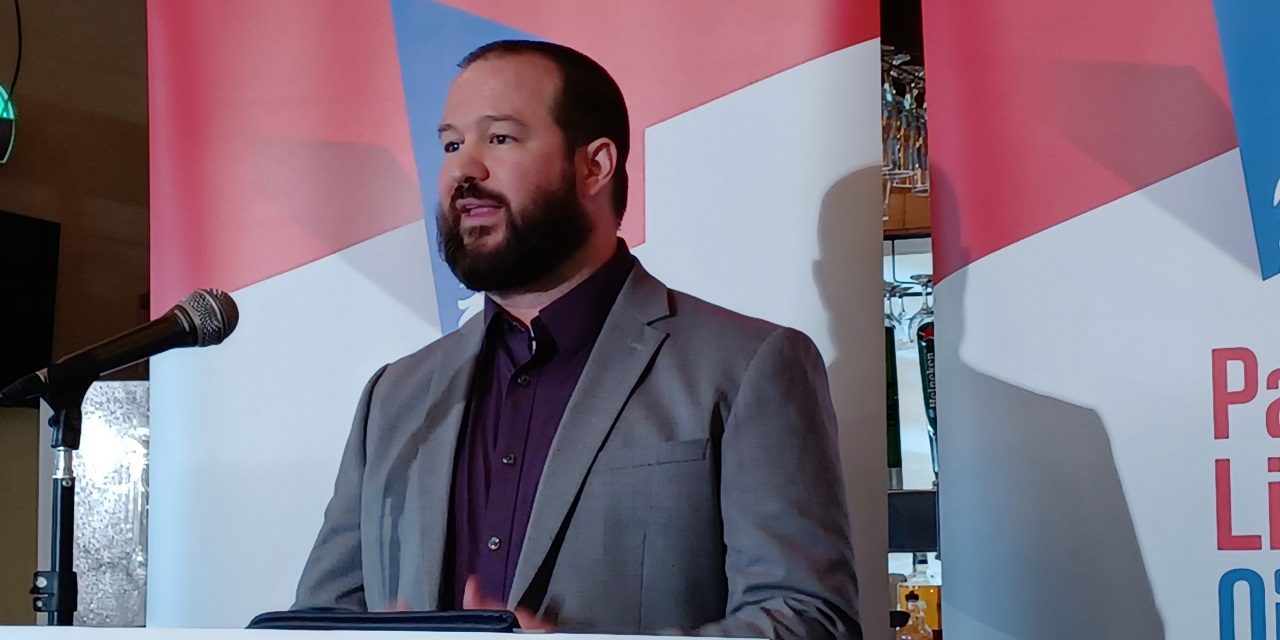 The Parti Libéral du Québec (PLQ) is preparing for a provincial election this fall and wants to again have representation from Argenteuil in the National Assembly, and to form the next government of Québec. On May 17, Liberal Leader Dominique Anglade was in Lachute and announced Philippe LeBel will be the party’s candidate in the election scheduled for October 2.

In 2018, Agnès Grondin of the Coalition Avenir Québec (CAQ) won in Argenteuil as part of the majority CAQ government led by Premier François Legault which was elected that year.

Philippe LeBel served as President of the Union étudiant(e) du Québec, the province’s largest post-secondary student organization, from 2019 to 2020. LeBel also worked as a researcher and political analyst for the Canadian Alliance of Student Associations. He has expertise in the analysis and improvement of government programs. LeBel was also coordinator of research for the Fédération des associations étudiant(e)s du campus de l’Université de Montréal.

“He would be very welcome as the deputy for Argenteuil,” Anglade said.

LeBel completed graduate studies in food safety and security in the field of microbiology at the Université de Montréal, he currently acts as Director of Laboratories at Pro-Amino International in Mirabel. A resident of St-Laurent, LeBel worked as a rafting guide in Grenville-sur-la-Rouge for more than ten years. He wants to put his expertise at the service of the citizens of Argenteuil in order to ensure the protection of the environment and fight climate change. LeBel is also concerned about, expanding high-speed Internet, the increasing cost of living, and affordable housing.

LeBel said the PLQ has diversity and welcomes ideas. He said he is looking forward to meeting with Argenteuil residents.

“It’s really important that this minority, which is so rich, is defended,” LeBel said.

“It’s telling people what to do and what to think,” she said.

Accessing health care is a major issue in Argenteuil. Many residents seek treatment outside the region in other parts of Québec, or they travel across the Ontario boundary to Hawkesbury.

“It’s unacceptable,” LeBel said of residents having to leave the region for medical treatment.

“A lot of investment needs to be done right here, we can give proper care and service in Lachute,” he said.

Anglade said the Legault government has not solved the problem of many Quebecers not having a physician. She said there are now approximately one million people waiting for a regular physician in Québec, an increase from 400,000 in 2018. Anglade said improved health services are also necessary for the elderly.

Anglade said a Liberal government would also give Quebecers aged 65 and older $2,000 each year, tax free. She also said more day care spaces are needed for families across Québec. 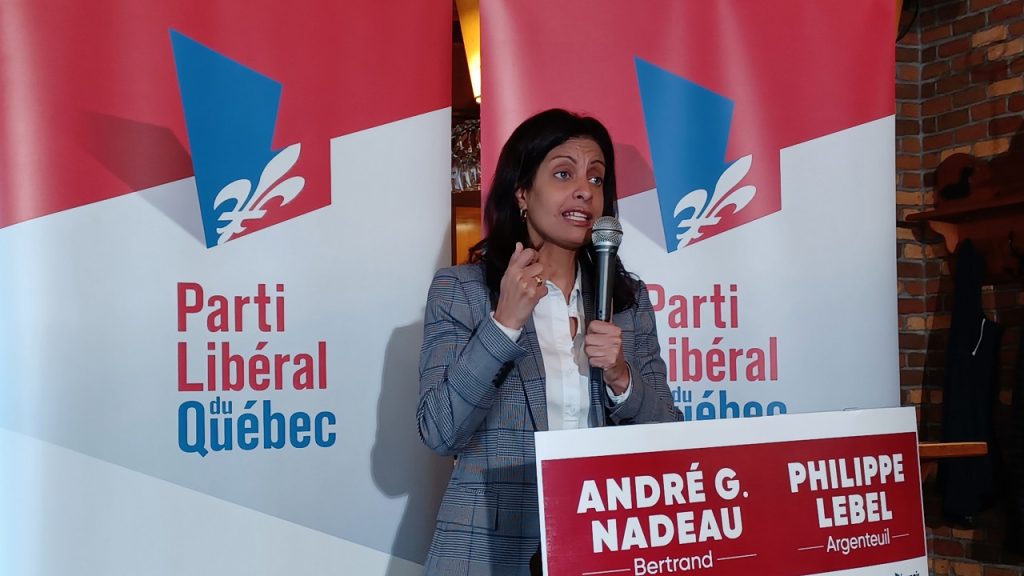