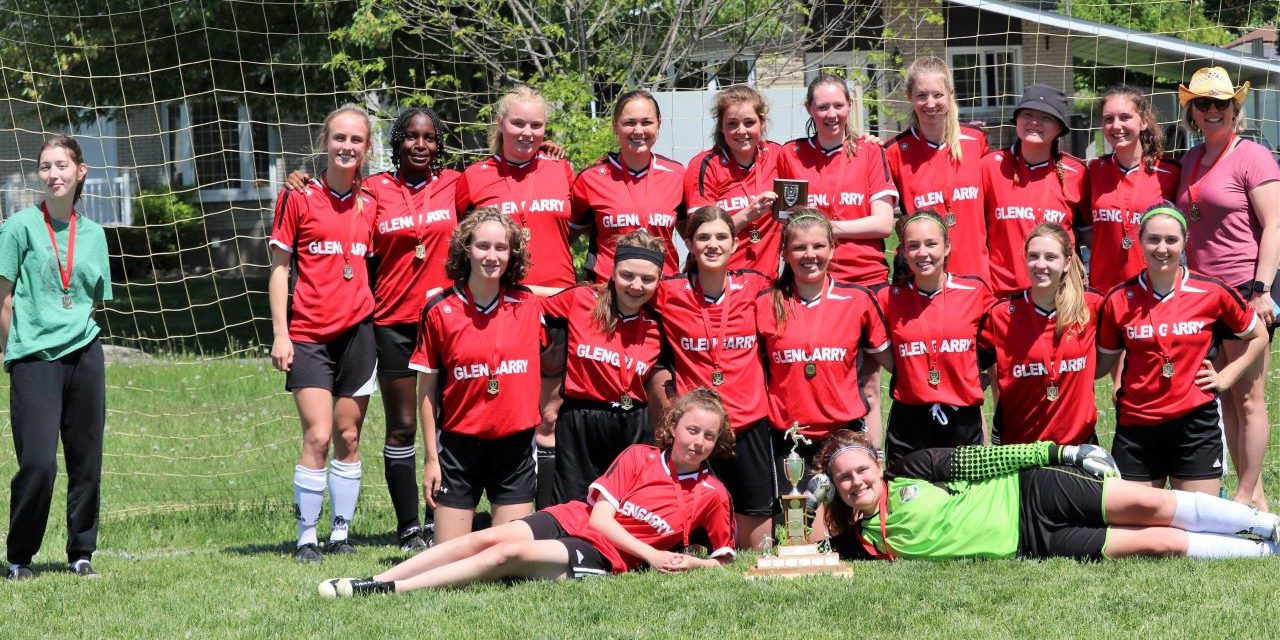 It’s a goal…and a gold! Glengarry District High School (GDHS) in Alexandria played host to the 2022 Eastern Ontario Secondary School Athletic Association (EOSSAA) soccer championships May 24 and 25, with the Senior Girls’ team earning an EOSSAA gold and a spot in the Ontario Championships.

The two-day event saw 12 teams from across Eastern Ontario vie for the coveted title, the trophy, and to move onto the Ontario Federation of School Athletic Associations (OFSAA) championships. Upper Canada District School Board (UCDSB) was represented by both GDHS Senior Boys and Girls and Rideau District High School (RDHS) varsity Girls’ teams.

The GDHS Girls swept the competition with a win in the semi-finals, advancing to the finals, where they recorded an impressive victory over MacKenzie Community School by a score of 5-0.

GDHS Coach Kathleen Tonkin said the GDHS Girls gave it their all from the beginning of the season through to the finals.

“It was a very successful season, from the start, the Girls only gave up two goals, and my pep talk to them before we started playing in the finals was that they’re all good individually, but together, we’re great.”

A proud Tonkin said the two-day event was intense, as the GDHS squad was faced with injuries, leaving the team with no substitutes on an extremely hot day.

“They’re a very self-motivated team of girls,” Tonkin explained. “They really wanted this and came together as a team.”

“They all support each other and now we’re bringing it to OFSAA!”

The GDHS Senior Boys met fierce competition in the semi-finals against École secondaire publique L’Héritage, ending the game with a 3-0 loss. Coach and convener Glen Campbell said it was a hard-fought season for the players, who found their way to the championships by way of a wild card and had to play eight games in four school days.

“I am incredibly happy with their performance. They worked hard, they played good defence. We just met a very talented team in the semi-finals, L’Héritage, and they are very strong. They were the top team in our league during the season as well.”

The GDHS Senior Girls will compete in OFSAA, which takes place from June 2 to 4 in Windsor, Ontario. 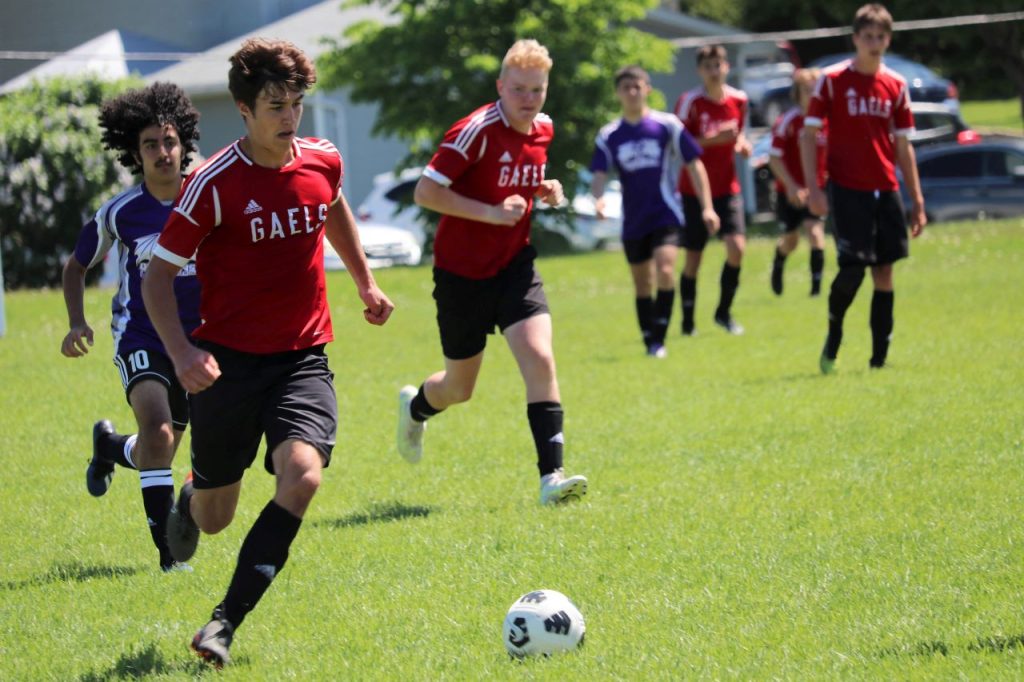 Glengarry District High School Senior Boys (in red) battle it out against L’Heritage in the semi-finals of the EOSSAA soccer championships. The GDHS boys had a great tournament but fell to L’Heritage 3-0. Photo: UCDSB 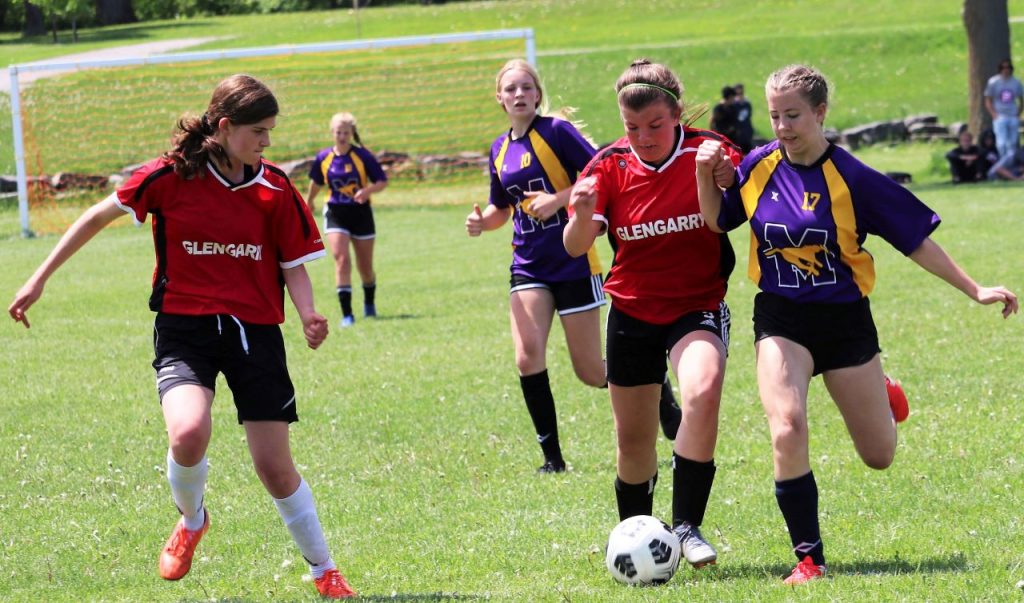