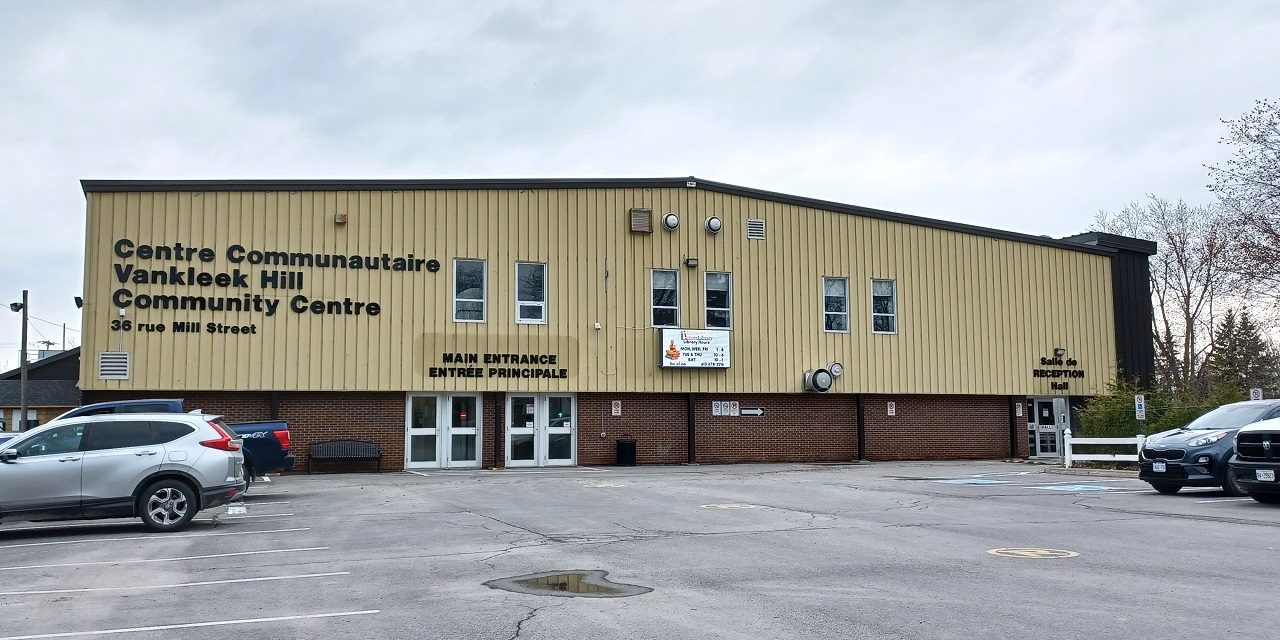 The Vankleek Hill Community Centre rink area and building will undergo improvements totaling $3.1 million, beginning in September 2022. Due to the extent of the work, the facility will likely be closed from September 2022 until August 2023. FILE PHOTO

EVB Engineering has been awarded the engineering and project management contract for the rehabilitation of the Vankleek Hill Community Centre. The decision was made at the most recent regular council meeting on May 12, 2022.

West Hawkesbury ward councillor Gerry Miner asked about the total cost of the arena project and was told it was a $3.1-million project.

Work to be done in the rink area includes a new arena ice surface floor with refrigeration piping under the surface, new rink boards and safety netting, reconfiguration of benches and timekeeping box, new intake fans, and replacement of the doors leading to the ice area.

The Champlain Township recreation department contacted clients in early April 2022 to advise that the arena will be potentially closed from September 2022 until August 2023 to complete the renovations.

Riverest, which is in its second year of a 10-year lease arrangement with Champlain Township and now manages the L’Orignal Marina, is considering adding a boutique in the Comfort Station at the marina. Because the existing structure is on federal land, architectural plans and a business case for the project will be prepared by Riverest to be submitted to the federal Department Fisheries and Oceans for approval.

The Champlain Township Recreation department has a dock expansion request which it has submitted to the province for approval and is waiting for further news.

Riverest has also requested having a food truck at the L’Orignal Marina. Council approved the request but now, the request goes to the Department of Fisheries and Oceans for final approval. Although the municipality had been considering issuing a tender for a food truck for L’Orignal Park, it has decided against this, seeing as how there will likely be a food truck at the marina. The recreation department report also pointed out that a major section of the parking lot at the park will be fenced off due to the construction of a new garage.

The recreation department also reported that all 48 lots at the L’Orignal Campground have been rented.

The township has received $7,000 in funding from Heritage Canada for Canada Day celebrations and has received $8,100 in Canada Summer Jobs funding for summer hiring opportunities.