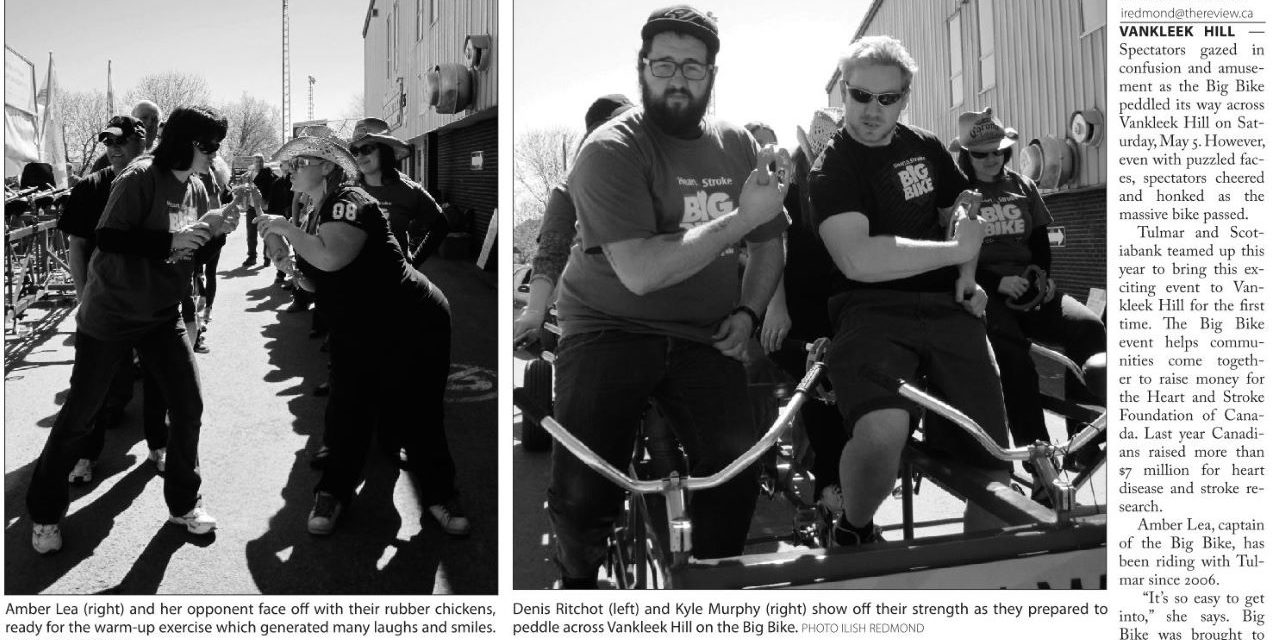 10 Years ago
Crisis at Lachute Hospital
The Review, May 9, 2012 – LACHUTE – The recent departure of eight medical doctors has had a drastic impact on the Centre de santé et des services sociaux (CSSS) d’Argenteuil Hospital in Lachute. It has resulted in the imminent closure of five hospital beds and the probability of more temporary infrastructure cuts in the future, as the hospital embarks on a desperate recruitment campaign aimed at attracting doctors to the rural hospital.

25 Years Ago
Zeller’s site to include McDonald’s
The Review, May 14, 1997 – HAWKESBURY – A McDonald’s restaurant and a food store are slated to be build beside the new Zellers department store at Highway 17 and Cameron Street in Hawkesbury. The 100,000-square-foot Zellers store, which will open in December, will be the anchor of a new commercial area that will be developed west of the Canadian Tire store. Other businesses to be located in the building will include a pharmacy, a beauty salon and a photo studio.

75 Years Ago
Hawkesbury Pulp Mills may move to Rigaud
The Review, May 8, 1947 – HAWKESBURY – According to a news story in the ‘L’Interrogation’, a French-language newspaper in Rigaud, Québec, a move is on to have the Hawkesbury Pulp Mills move to Rigaud. This story followed the announcement by the Québec government, which restricted the selling of pulp wood from the province to mills in Québec only. The Rigaud Board of Trade started negotiations for a deal to have the mills locate at Rigaud on 25 to 30 acres which can be placed at the disposition of the company.

100 Years Ago
Meal of wild parsnips kills L’Orignal family
The Review, May 12, 1922 – L’ORIGNAL – A shocking tragedy occurred in L’Orignal last Thursday, whereby seven members of a once happy family were hurried into eternity almost within the twinkling of an eye, through unwittingly partaking of wild parsnips, a deadly poison, for their noonday meal. The only survivors of the family of Napoleon Lacroix are Gaston, a three-year-old boy who although seriously ill is believed to be out of danger, and a 17-month-old son, who fortunately did not eat any of the parsnips.

125 Years Ago
Cyclists given right of way over wagons
The Review, May 7, 1897 – TORONTO – Mr. Straton’s bicycle bill passed the Legislature in such form that on a road a wagon must give a cycle room to pass and on the devil strip cyclists going east and south will have the right of way. A cyclist coming from behind must pass to the left and give audible warning to anyone ahead.