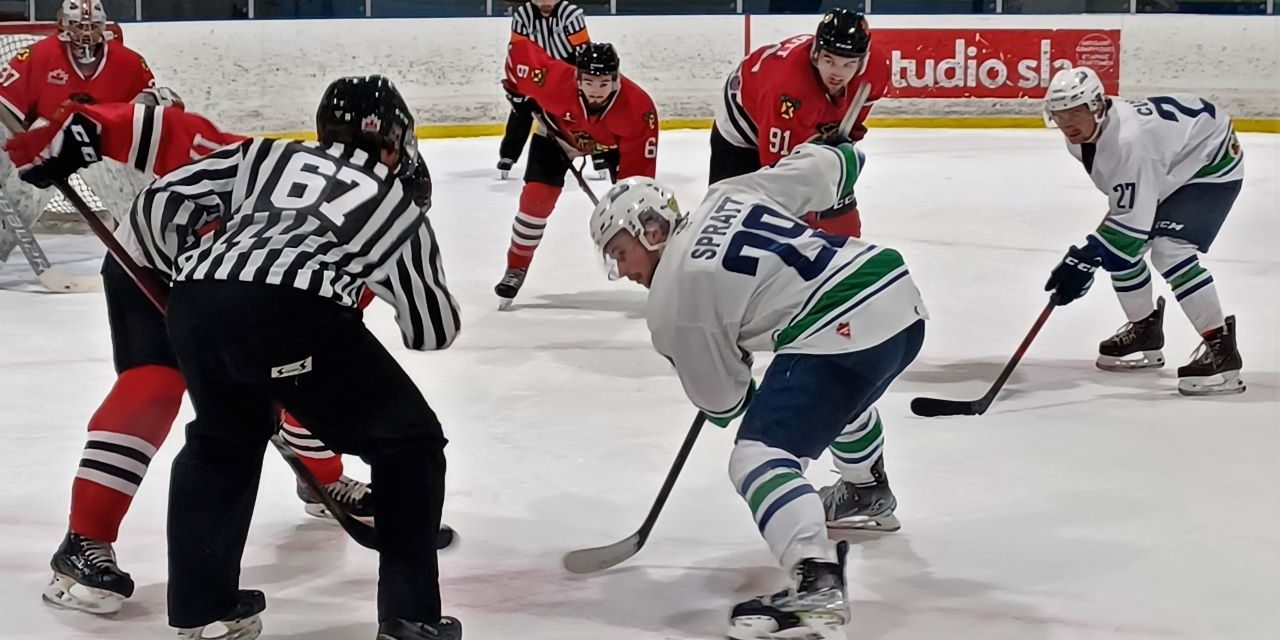 The Hawkesbury Hawks will have a chance to wrap up their CCHL semi-final series tonight (Saturday, April 30) at home, when they face off against the Brockville Braves. Hawkesbury has a 3-1 lead in the series. Photo: James Morgan

The Hawkesbury Hawks will have a chance to wrap up their Central Canada Hockey League (CCHL) semi-final series on home ice tonight (Saturday, April 30), after a convincing 6-2 road win over the Brockville Braves on Friday evening.

Hawks forward Jeremy Quesnel was named the game’s first star for his two-goal effort on the night, while Thomas Cusson and Josh Spratt, along with defensemen Mark Cooper and Felix Sauve, each added singles. Matthew Tovell stopped 16 of 18 shots to earn the win and Braves netminder Sami Molu earned second star honours for turning away 28 of the 33 shots fired at him by Hawkesbury – 22 of them in the second period alone.

After the Braves scored at 6:33 of the second to put Brockville ahead 2-1, the Hawks went to work, with Spratt tying the game up just two minutes later. Sauve scored what would prove to be the winner at 12:55 of the second to put the Hawks up 3-2 and Quesnel scored his first on the power play at 15:08 to give Hawkesbury a two-goal cushion heading into the final frame. Cusson scored just 1:39 into the third and Quesnel scored his second of the game into an empty net at 14:03 to seal the 6-2 win.

With a three games to one lead in the series, the Hawks will have the chance to wrap up the semi finals tonight (Saturday, April 30), at the Robert Hartley Sports Complex in Hawkesbury. Puck drop is 7 p.m.

In the CCHL’s second semi-final series, the Ottawa Junior Senators took a 4-2 win over the Renfrew Wolves on Friday night to take a three games to one lead. Ottawa will also have a chance to clinch the series on home ice tonight.