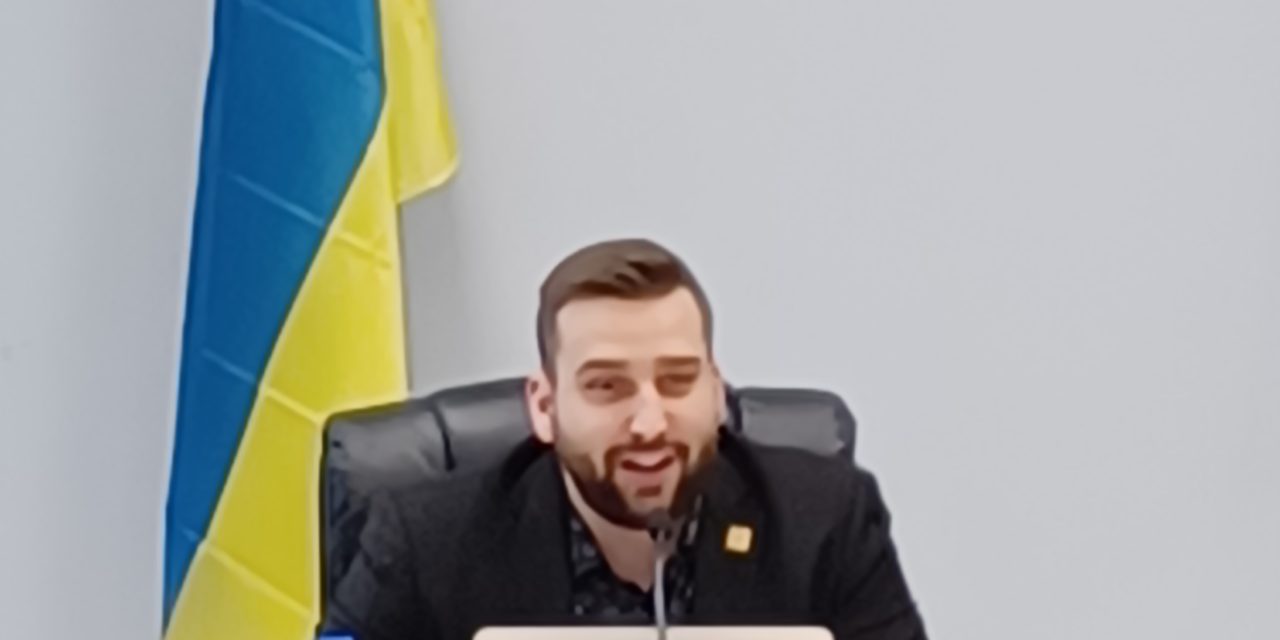 Brownsburg-Chatham Mayor Kévin Maurice at the April 5, 2022, town council meeting. The flag of Ukraine is being displayed at council meetings beside the Canadian and Québec flags in solidarity with the country in its war against Russia. Photo: James Morgan

There are now more rules for short-term vacation rentals in Brownsburg-Chatham.

At the April 5 meeting, town council gave third and final approval to a regulation which places limits on vacation rentals in 12 zones.

The law defines a short-term-rental dwelling as a building, or part of a building, available for rent for 28 days or less.

The regulation places an unspecified limit on the number of short-term rental dwellings permitted in each zone. A distance of 100 metres – calculated from the boundaries of the land – must separate two short-term rental dwellings, and a distance of 50 metres must separate short-stay rental properties that could be considered a source of noise from residences not considered to be sources of noise.

Only one short-term rental unit per dwelling is permitted and one parking space per each bedroom in the rental unit must be provided.

Short-term-rental unit owners must provide an attestation from the Corporation de l’industrie touristique du Québec (CITQ) to provide the vacation rental service. A permit is also required for short-term rental properties. Those permits remain with the property itself, and not the property owner. Each permit is valid for 12 months and must be renewed upon expiration.

Two significant new housing developments are proposed for Brownsburg-Chatham will have a design that blends in well with the surrounding community.

On April 5, town council approved a request to ensure architectural integration for a 279-unit development proposed for an extension of rue des Bouleaux in St-Philippe Est – also known as Whisseltown – which is the area along Route 148 between Autoroute 50 and the railroad tracks. A similar request was also approved for a proposed development of approximately 280 units on rue St-Georges in the village of Brownsburg.

The town of Brownsburg-Chatham has hired a new chief of operations for its fire department.

Council approved the hiring of Jason Neil for the role when it met on April 5. According to Director of Fire Service Michel Robert, the addition of the new position will help assist the administration of the department and ensure there is always personnel available to respond quickly.

Firefighters in Brownsburg-Chatham are also getting new respirators. On April 5, council approved purchasing the new equipment at a cost of $306,302.50 including taxes.

The development of a layout of a new park in the Vieux Verger neighbourhood has been approved by Brownsburg-Chatham council. The KAP firm will develop a preliminary concept of the park at a cost to the town of $7,847.04, including taxes.