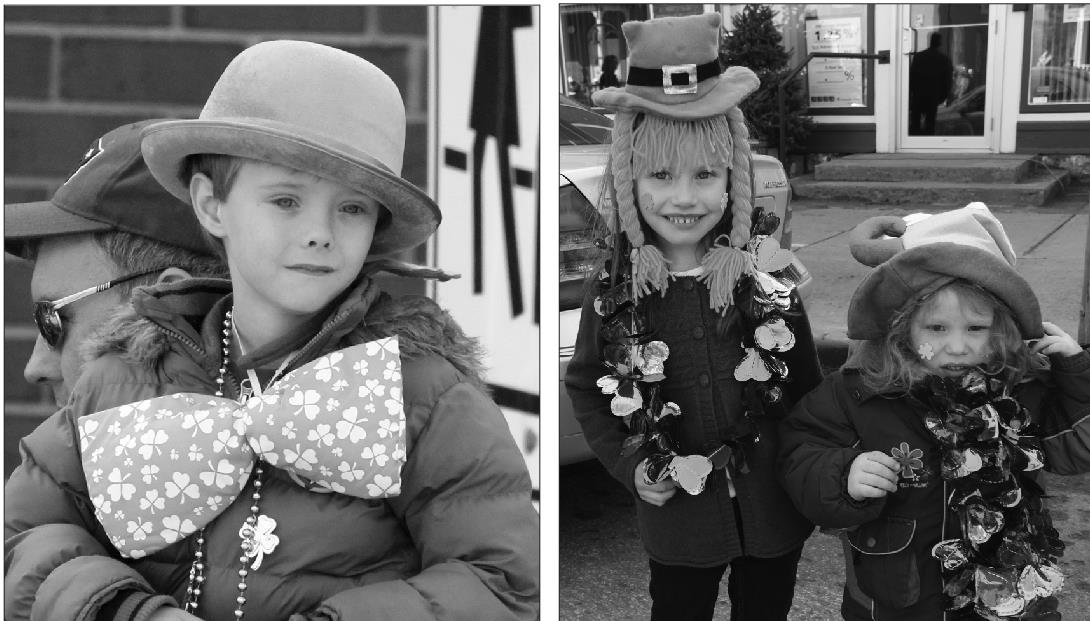 Photos from the 2012 Wee Irish Fest Parade in Vankleek Hill from the March 21, 2012, edition of The Review. Archives Photo

10 Years ago
Suspect breaks in, sleeps over
The Review, March 21, 2012 – VANKLEEK HILL – What looked like a routine overnight break-in at Hillcrest Funeral Home on March 16 to a surprising turn when the suspect was discovered asleep inside the funeral home the next morning: he had spent the night sleeping inside a casket in the display room. A young male, partly undressed and according to police, heavily intoxicated, was discovered asleep in a casket. A 26-year-old male from Ottawa was charged with break-and-enter and mischief over $5,000.

25 Years Ago
Water rate ruckus
The Review, March 19, 1997 – VANKLEEK HILL – About 40 concerned town residents crowded into the town hall Monday to voice their fears about rising water costs, following receipt of their first meter readings. While residents are paying a flat rate for the first four months of 1997, many are alarmed at how much water will cost them once the projected rate of $3.17 per cubic metre is introduced on May 1, 1997. Residents have known that increased costs were likely once the $8 million water pipeline began supplying Vankleek Hill with treated water from Hawkesbury.

50 Years Ago
VCI students, teachers head to Great Britain
The Review, March 16, 1972 – VANKLEEK HILL – A group of 28 VCI students, accompanied by teachers Jacques Barb and Denis Bourgault, will be flying to London, England, on March 16. The trip has been planned since September and each student had to apply for a passport and a provincial certificate of birth. The group raised funds for the trip through car washes, raffles and ticket sales for a radio. Doctor Jacques Theriault came to VCI and vaccinated the students against smallpox.

75 Years Ago
Parents failing teen-age boys
The Review, March 20, 1947 – TORONTO – Parents this week were bluntly told by the head of the “largest prison plant in Canada” that their teen-age sons had never been so “insolent” and so “defiant” as they now are. In a report tabled to the Ontario Legislature, G.. Hedley Basher, acting superintendent at Guelph Reformatory, severely cracked knuckles of parents “who have failed dismally in their obligation.” Many of their sons, he said, are growing up to believe in “gang rule” and “never at any time in the last 25 years has youth been… so determined to do what is wrong as at the present time.”

100 Years Ago
Signs of spring appear
The Review, March 17, 1922 – VANKLEEK HILL – Despite the fact that we are yet in the early part of March, we are threatened with spring. The youngsters are out in force with marbles, the robins and crows are here and some of the trees are budding. The mild weather of the past week and the rain on Monday night have taken away a great part of the snow and sleighing in town is almost at an end.

125 Years Ago
Earthquake shakes Vankleek Hill
The Review, March 25, 1897 – VANKLEEK HILL – Quite a perceptible earthquake shock was felt here on Tuesday evening last at about six o’clock. Dishes were rattled, doors and windows vibrated to such an extent that occupants of some of the houses sought safety in the streets.