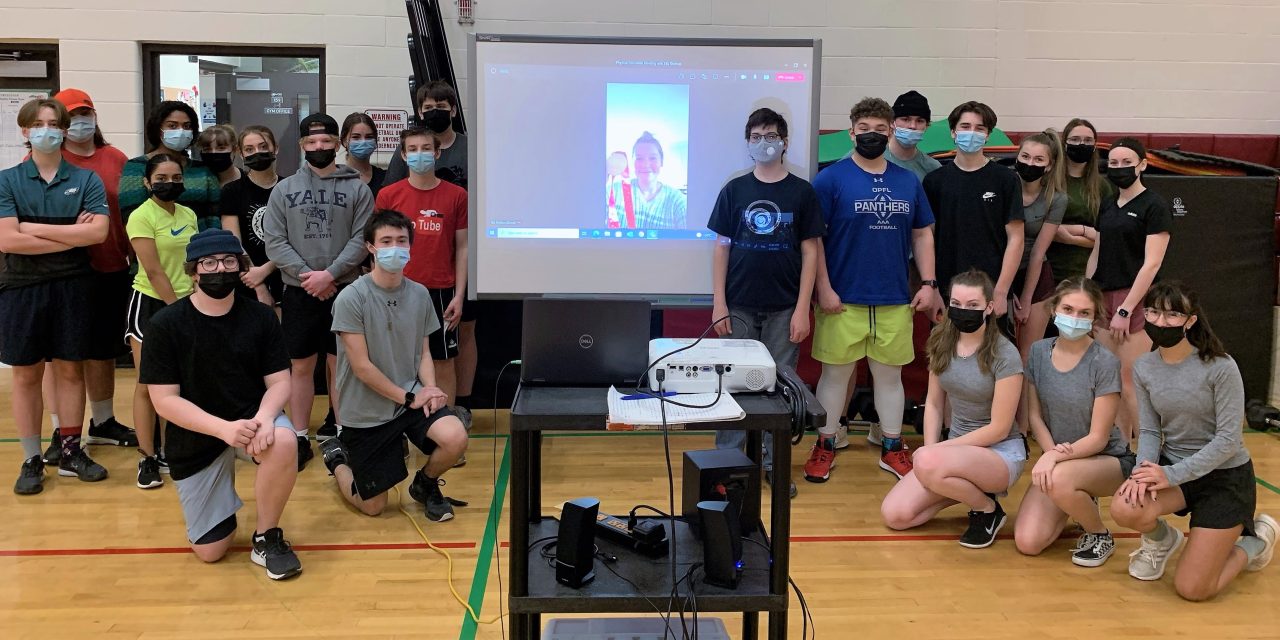 On Thursday, March 5, Gold-medalist Ella Shelton joined physical education students at VCI to talk to them about her experience at this year’s Winter Olympic games in Beijing, China. Submitted Photo

On Tuesday, March 1, my physical education students were lucky enough to have VCI alumni Andrew Allen speak to them about his journey from kid on the farm to the NHL. Andrew is currently the goaltending coach for the National Hockey League’s (NHL) Seattle Kraken.

He talked to students about the struggles he experienced during his lifetime. His journey is like a good suspense novel, with cliffhangers every couple of years. Andrew had to wait a few years before participating on competitive hockey teams. Then, he had to wait until his last year of Junior hockey before getting a scholarship to the University of Vermont. He then spent a few years bouncing from team to team in the minor pro leagues before getting the call to the NHL.

Andrew describes the moment he got the call to join the Florida Panthers as the most memorable moment in his career. Andrew talked to students about the fact that sometimes life doesn’t always lead you down the road you expect and for him that meant that his road to the NHL would not be as a player, but as a coach. He always enjoyed coaching and even considered teaching as a career after his playing days were over.

Andrew credits his work ethic and perseverance for landing his first job as a goaltending coach in the NHL with the Chicago Blackhawks. There, he was able to earn two Stanley cup rings for being part of the organization. He later worked with the Buffalo Sabres and now in Seattle. His message to the students about the importance of having good communication skills and not burning any bridges resonated loud and clear.

Andrew joined the meeting from the Kraken’s video room at their practice facility and was able to show the students what that looked like. One of the topics that often comes up when guests speak to students is the topic of leadership. He spoke about the importance of being able to develop and recognize those skills in himself and in others as a teenager. He described Jonathan Toews as one of the best leaders that he has seen and told students that the leadership Toews demonstrated often came as subtle gestures, quietly being done when others weren’t necessarily looking.

The Kraken’s goaltending coach finished his hour-long conversation with students by taking to them about some of the perks that come with the jobs and told them that they need to enjoy life while they can, but to never take any of it for granted.

On Thursday, March 3, Gold-medalist Ella Shelton joined my physical education class to talk to them about her experience at this year’s Winter Olympic games in Beijing, China. Ella was a member of Canada’s women’s Olympic hockey team, which defeated the United States in the gold medal game. She displayed her medal for the students and described her first reaction when she received the medal as surprise – it was a lot heavier that she had anticipated.

Ella explained to students her pathway to the national women’s hockey program and made them realize that she (like them) had to overcome some obstacles simply because she was a girl playing hockey. She talked to the students about developing a very tough and mature attitude and said that growing up on the farm with three brothers may have helped her become this way.

Shelton also explained the importance of developing a strong network of reliable and loving friends. She said her family and friends have been supporting her since she started playing hockey and she would not have gotten through everything that she has without their support.

Lastly, she made it clear that for her to attain the goals that she had set for herself, one of them was to obtain a university scholarship. Ella said she needed to make some sacrifices and make some mature decisions. She credits the fact that she was very organized, disciplined, and stayed on top of her academic work during her high school career as factors in being able to obtain a scholarship to Clarkson University.

It was very inspiring for students to see how much success a young person could have at the age of 24. Ella obtained a scholarship to top American university and has won two NCAA hockey championships, an IIHF gold medal and – most recently – a gold medal at the Beijing Olympic Games. 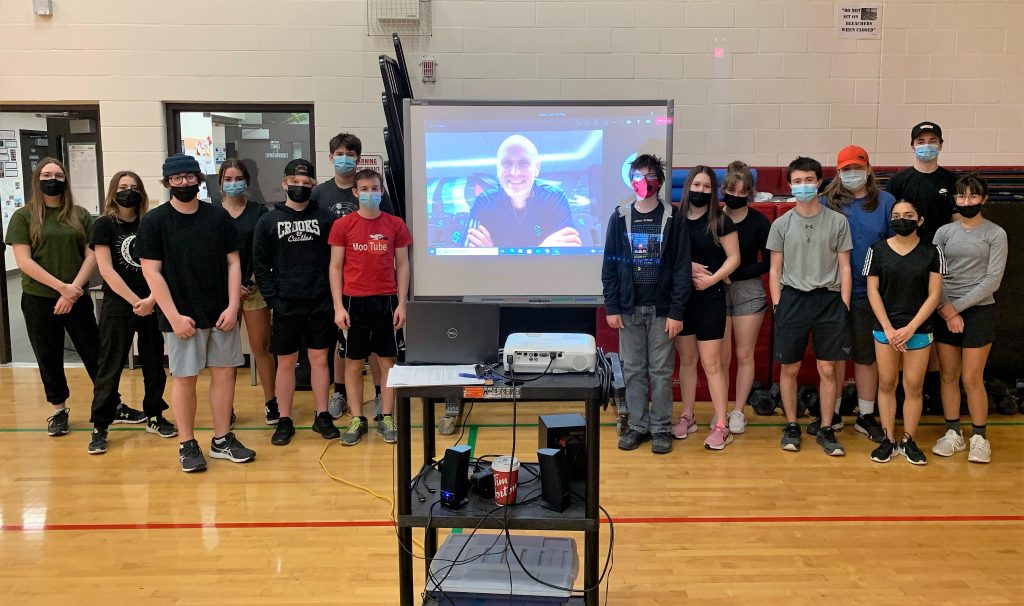