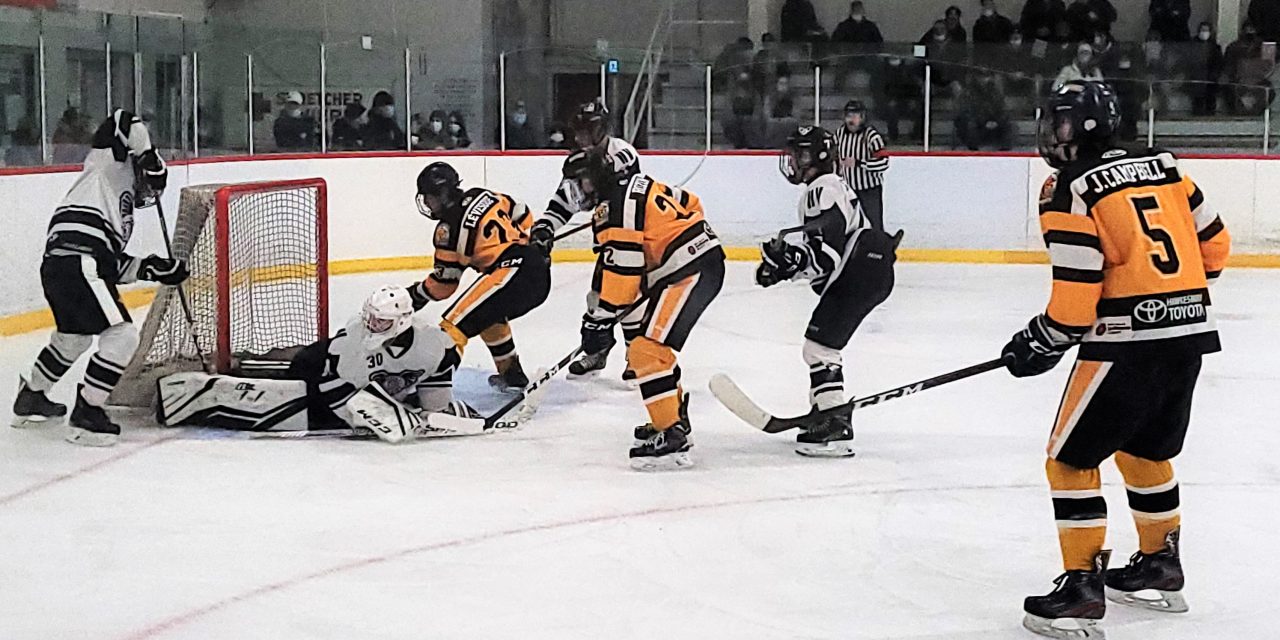 On Saturday night (February 26) at the Vankleek Hill Arena, the Cougars dominated play for most of the contest – outshooting Gatineau-Hull 37-27, but were unable to solve Volant netminder Francis Gastaldi. Photo: Reid Masson

The Vankleek Hill Cougars defence stepped up to help earn a desperate 3-1 road win over the Gatineau-Hull Volant on Sunday afternoon (February 27) to set up a Game 5 showdown in Gatineau this Friday night (March 4).

Andy Lightle Blais fired two goals, defenceman Brenden Easterbrook scored the winner and fellow blueliner Zachary Bigras had two assists, as the Cougars came back from a heartbreaking 3-0 home loss the previous evening to even their first round National Capital Junior Hockey League (NCJHL) series with the Volant. Frederick Duroucher-Bourdon had a strong game in net to earn the win.

With Game 3 in Gatineau having been postponed by weather and moved to Sunday, the Volant will again have home ice advantage for Game 5 on Friday, which will be held at the Centre Slush Puppie in Gatineau. Puck drop is at 7:30 p.m.

On Saturday night (February 26) at the Vankleek Hill Arena, the Cougars dominated play for most of the contest – outshooting Gatineau-Hull 37-27, but were unable to solve Volant netminder Francis Gastaldi, who made multiple acrobatic saves to blank the local squad. Gatineau jumped out to a 1-0 lead after one period and while the Cougars made a hard push to get the goal back, they were stymied by Gastaldi at each opportunity. Gatineau-Hull added to its lead with a second goal at 12:32 of the third period, before salting away the contest with an empty net goal, despite being outshot 15-5 in the third.

“We didn’t get any bounces on Saturday,” Dopelhamer understated, praising the Volant netminder for an outstanding game. “It happens – sometimes you dominate a game and just don’t get the win.”

The one highlight for the Cougars on Saturday night was that forward Josh Renaud was presented with the trophy as the NCJHL’s Best Defensive Forward by team statistician Mackenzie Hinton during intermission between the first and second periods.

Dopelhamer said the Cougars will be ready for Friday night’s series-deciding game in Gatineau.

“It’s do or die – just like it was (Sunday),” the Cougars head coach said, noting Sunday’s road win was a big confidence builder for the young Vankleek Hill squad. “I feel like the pressure is not on us anymore, it’s on them.”

Duroucher-Bourdon will be back in the net on Friday night for the Cougars as they try to move on to the NCJHL’s second round, where they will face either the Clarence Castors or North Dundas Rockets in a series that will start on Saturday, March 5. 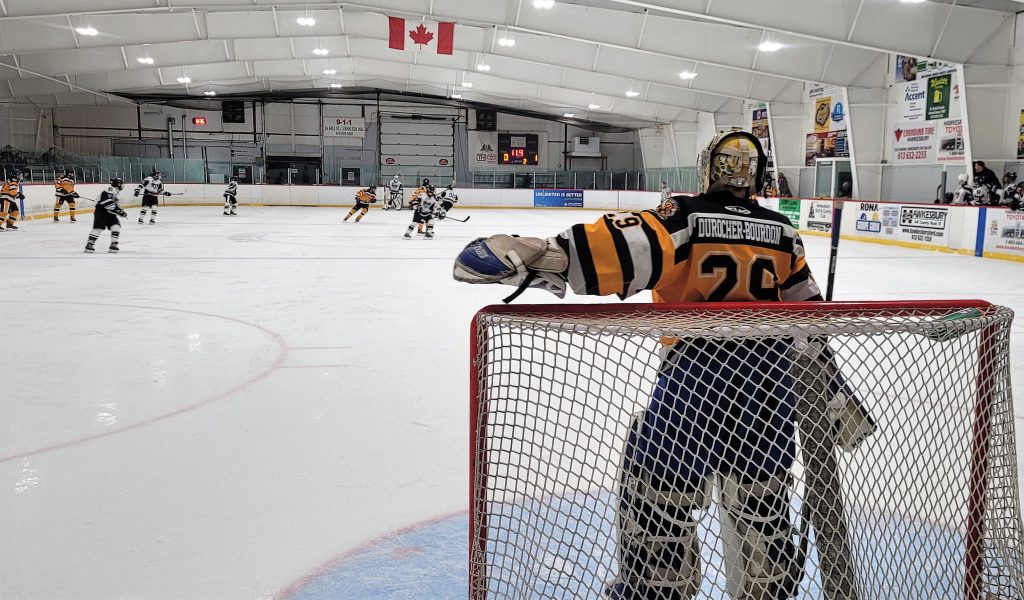 Frederick Duroucher-Bourdon has had a solid playoff series and will be back in goal for the Cougars when they face the Gatineau-Hull Volant in the deciding game of their first round series on March 4 in Gatineau. Photo: Reid Masson