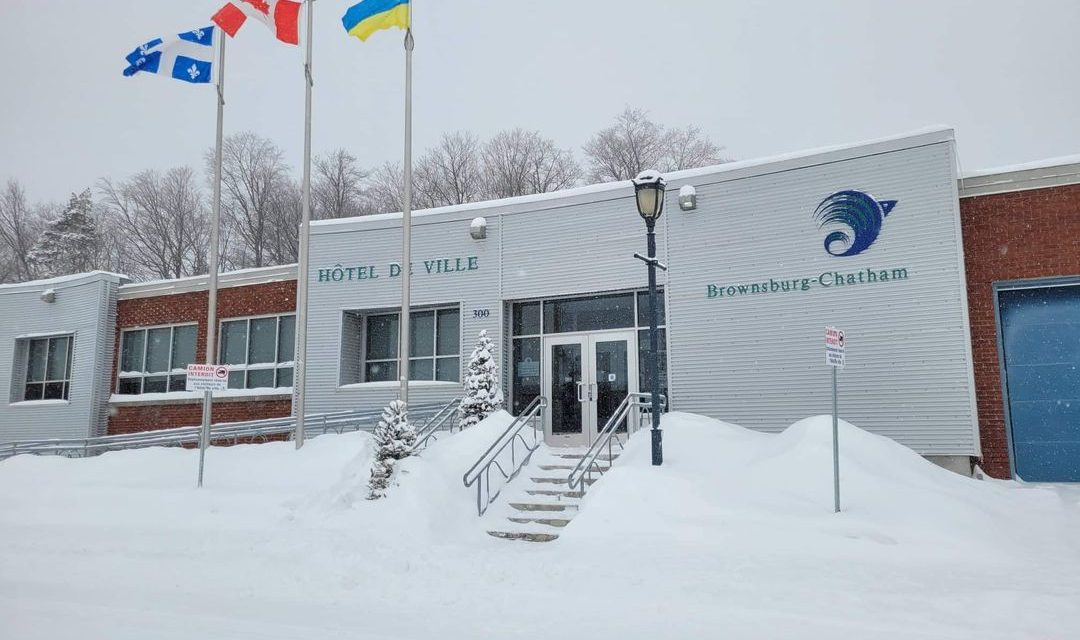 The flag of Ukraine is flying beside the Québec and Canada flags at the Brownsburg-Chatham municipal office building. Submitted photo.

At least one local municipality is showing solidarity with the besieged people of Ukraine. The flag of Ukraine is flying in Brownsburg beside the flags of Québec and Canada at the Brownsburg-Chatham town office building.

After weeks of threats and military buildup, Russia invaded Ukraine on February 24. The invasion has led to numerous economic and political sanctions from Canada, the United States, and other allied countries against the Russian government and President Vladimir Putin.

Canada has the largest number of Ukrainian people living outside Ukraine.