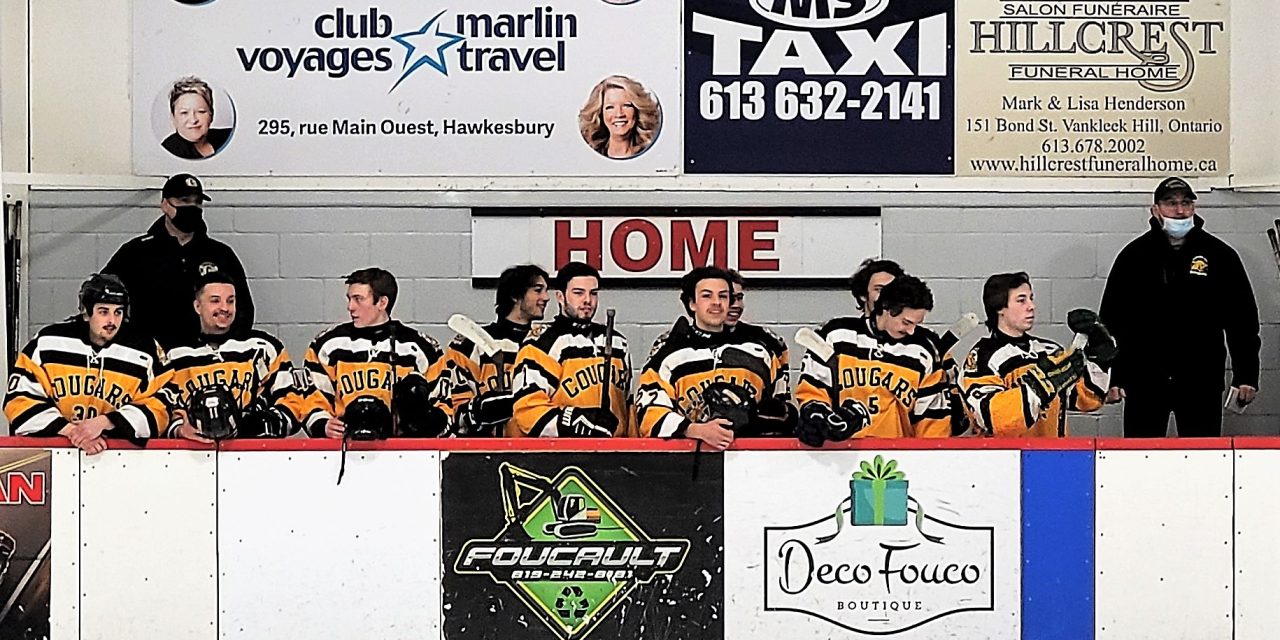 The first round National Capital Junior Hockey League (NCJHL) series between the fifth place Cougars and fourth place Gatineau-Hull Volant will be decided this coming weekend, after the two teams split their first two games. Vankleek Hill will visit the Volant on Friday evening (February 25) and host the fourth game of the series on Saturday, February 26, beginning at 7:30 p.m. If necessary, a fifth and deciding game in the series would be played on Sunday, February 27, with the time to be determined.

Frederick Duroucher-Bourdon was outstanding in goal last Saturday night (February 19), stopping 37 of 38 shots he faced, as the Cougars came back with a solid defensive performance to beat Gatineau-Hull 2-1 and avenge a 6-5 overtime loss the previous night. Jeremy Marcotte fired home the winner with just over six minutes left in the game, after newcomer Alexandre Saul had tied the game 1-1 by scoring withonly 16 seconds remaining in the second period.

Vankleek Hill trailed by three goals on Friday night before coming back to force overtime. Dopelhamer said the comeback carried over to Saturday night’s home game.

“On Friday night we lost the game in overtime, but we had momentum,” the team’s head coach said. “On Saturday we asked the guys to build on what they had started on Friday.”

The Cougars were boosted on Saturday evening by the team’s largest crowd of the season at the Vankleek Hill Arena and the team’s head coach is hoping to see even more fans this Saturday.

“We had a good crowd on Saturday,” Dopelhamer said. “It was great for the players.” 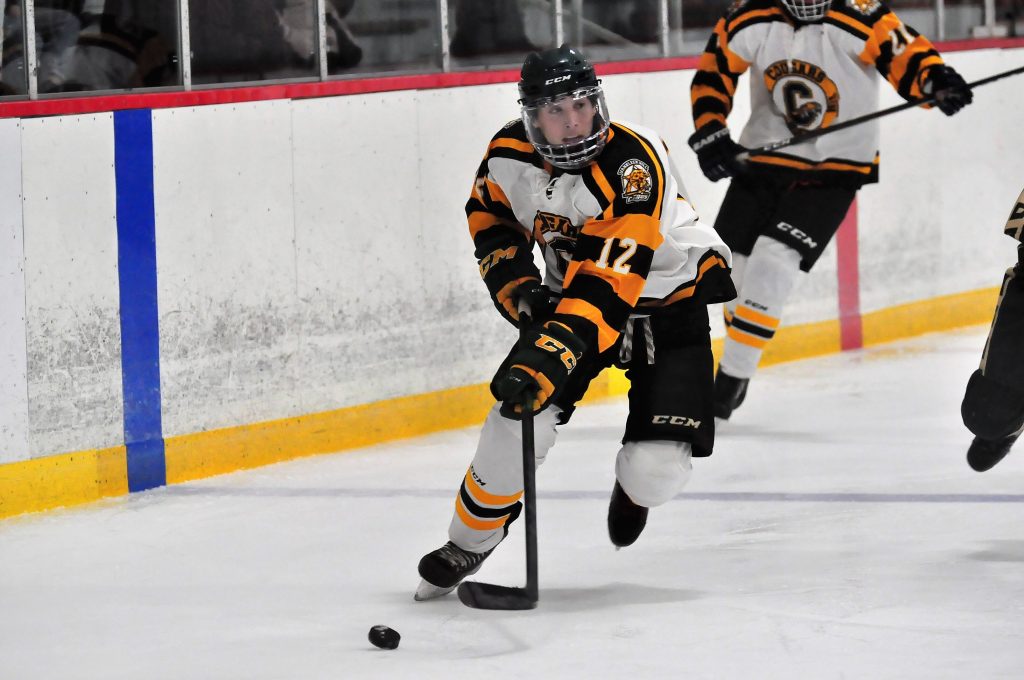 Zachary Bigras played a solid game on defence for the Vankleek Hill Cougars in their 2-1 win over Gatineau Hull on Saturday, February 19. Photo: Barry Goudreau