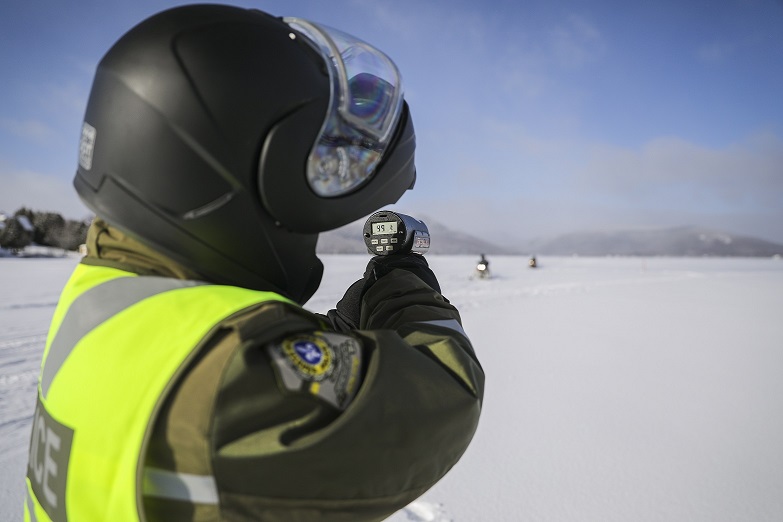 The Sûreté du Québec, with the collaboration of the Fédération des clubs de motoneigistes du Québec and the Ministère des Transports, is planning increased enforcement on trails across the Outaouais-Laurentides on February 19 and 20, as part of IMPACT Off-Road Vehicle (ORV) Operations.

The increased police presence aims to make ORV drivers aware of the importance to adopt responsible and safe behaviours. Interventions will be carried out on the trails as well as at the intersections of public roads with drivers of ORVs who behave in ways that compromise their safety and that of other users.

Particular attention will be paid to impaired driving due to alcohol, drugs or both, excessive speed, and disobeying stop signs at the intersections of trails and public roads.

For further information, go to: