Québec government will decide if old Grenville house can be demolished 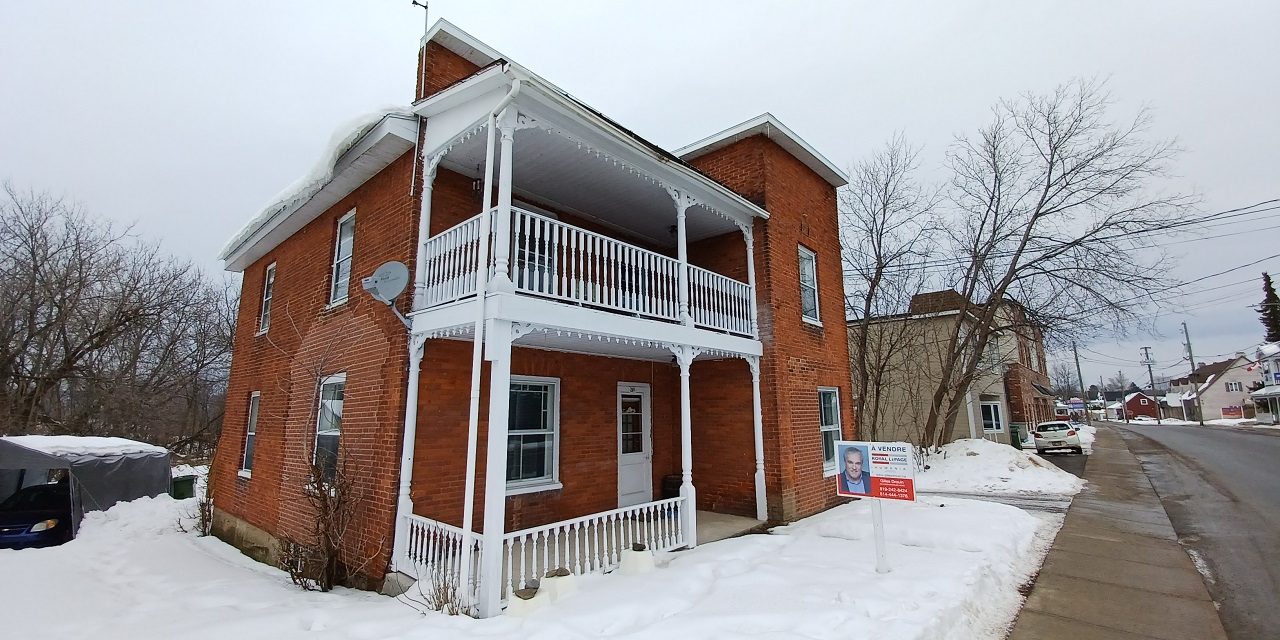 Could the days be numbered for an old red brick house in the centre of Grenville?

The two-storey building with gingerbread trim, flat roof, and false front at 269 rue Principale is for sale with an asking price of $269,000. It is presently a duplex, but is being advertised by the realtor as having zoning making it possible to demolish and build up to 36 new housing units or a sales and service business on the property.

According to Grenville Mayor Pierre Thauvette, village council is not yet prepared to grant a request for the demolition of the old house. Thauvette said that due to the age and possible significance of the building, permission is first needed from the Québec government. No decision on the future of the old red brick house will be made until there has been a response from the provincial level.

Storm sewer work is required around 360 to 262 rue Principale in Grenville, which is by the cinéma at the corner with rue King. On February 7, an estimate of approximately $40,000 for the work was presented to village council.