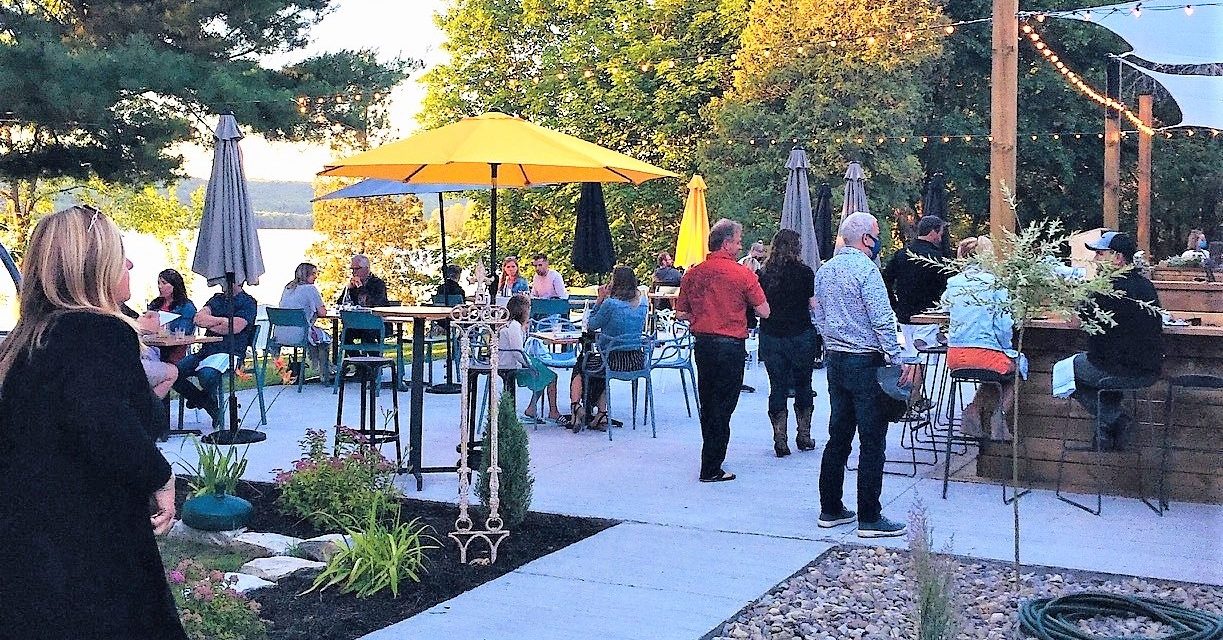 Riverest – located on the Ottawa River waterfront in L’Orignal – has been honored as Ottawa’s Best New Restaurant by Ottawa Faces Magazine. 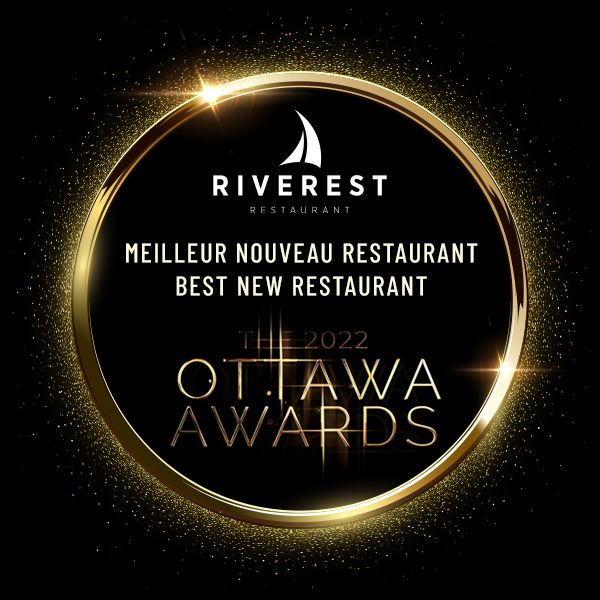 The Ottawa Awards by the magazine are the largest people’s choice awards in Canada’s capital city, with winners selected through online voting. The awards recognize more than 300 categories of professionals and businesses in and around the city.

The L’Orignal restaurant, which opened to diners on June 23, 2021, was announced as a nominee in the Food and Dining Companies division in early January. Since then online voting has been held, with the winners of each category announced on February 3. Riverest won by receiving the most votes in the Best New Restaurant category.

“It is Riverest that needs to thank and congratulate the community,” said restaurant co-owner André Chabot, who owns the establishment with partner Alexandra Quester. “We don’t know who nominated us, but we do know the way to win (the award) is that your clients and your community votes.”

“For a small community and being a restaurant in the country up against a lot of restaurants from Ottawa, that means our community stepped up and voted for us, which is a big honor.”

Chabot also thanked Riverest’s staff, noting they are really the ones who deserve credit for the award.

“It was important right away for Alexandra and I to call Colin (Marshall), our executive chef, and some of the managers and ask them to share it with the rest of the team,” Chabot said.

The award for Ottawa’s Best New Restaurant was also gratifying after what was a challenging first year for Riverest, in dealing with public health regulations and several shutdowns.

“It’s a bit surreal, because we started a restaurant during a pandemic,” Chabot observed. “Alexandra and I have no experience in the restaurant business, but we did hire some key personnel that we feel are making the difference.”

“It’s been a hard year for staffing, but the staff that we do have are excellent.”

Chabot said the popularity and attention Riverest has received for its food and spectacular location on the Ottawa River overlooking the L’Orignal Marina, has helped with recruitment for the upcoming season.

“We have more staff coming on board in the spring, because they’ve heard of our restaurant,” Chabot said. “One of the things I think the award is going to do is not only bring more clients to our restaurant, but also interest more staff to come and work for what is the best new restaurant in the region.”

Riverest will also be better prepared to serve its clients in 2022, Chabot said.

“We’re going into the spring with more staff and with a team that has been there for the past year,” Chabot noted. “We’re looking forward to bringing Riverest to that next step.”

A full feature on Riverest was published by The Review on May 17. You can read the article online here. The full list of winners of the Ottawa Awards by Ottawa Faces Magazine is available online here.