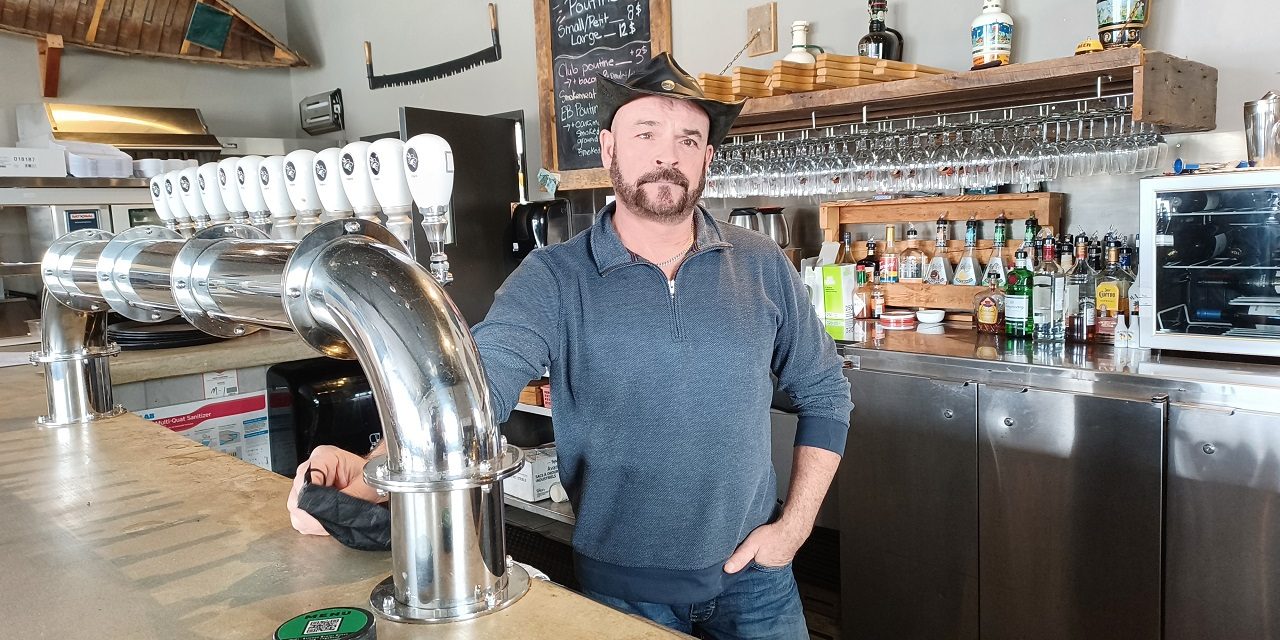 The owner of a brewery in Embrun is continuing to explore further options for remaining at its present location and staying in business.

Russell Township owns the former fire station building on Notre-Dame Street and rents it to Etienne Brûlé Brewery. However, the township wants to sell the building and has it listed for sale with an asking price of $925,000. Brewery owner Richard Ménard is doubtful he can afford to purchase the building or relocate.

The last lease Etienne Brûlé Brewery had with the township ended on December 31, 2020. Since that time, the township has maintained the rent to Ménard significantly below market-rates and accepted the ongoing issue of missed rent payments in hopes of finding a solution.

“I’m talking to a lawyer to see what can be done,” said Ménard in an interview on February 3.

He doubts moving to a different location is financially feasible, because of the additional costs he would incur for setting it up as a brewery, bar, and restaurant. Menard said it took six months to adapt the present building to his needs when he set up the business there five years ago.

Ménard acknowledged he owes Russell Township $47,000 in unpaid rent. He is hoping an agreement of some kind may be reached with the municipality that would allow the brewery to remain on the premises. Ménard said possible options include alternative sources of financing or having the building be purchased by other individuals who will lease it back to the brewery.

“I don’t want a war with the municipality,” said Ménard.

Russell Township Mayor Pierre Leroux said it is up to municipal staff to reach an agreement with the brewery. He emphasized that the township’s plan to sell the building dates back to August 2020 and the financial value of the building to the municipality.

“The decision to sell the building is nothing new,” said Leroux on February 3.

The mayor added he does acknowledge it is a difficult situation for Menard and the brewery.

“I empathize with the situation,” Leroux said.

Russell Township had been planning to use revenue from the sale of the Etienne Brûlé Brewery building to offset the cost of a bridge rehabilitation project. According to Leroux, the township has previously offered Ménard the option of using approximately 100 acres he owns near the industrial park near Highway 417 as collateral or partly in exchange as protection of taxpayer interests.

On January 31, restaurants in Ontario were again allowed to open for indoor dining at 50 per cent of regular seating capacity, giving Ménard and other restaurant owners the opportunity to again serve customers at tables, and for craft breweries to again sell beer by the glass or in kegs.

Ménard said he presently has six employees, and he is the only one working in actual beer production. He said his operating costs are the same at 50 per cent of capacity than if he was able to fill all 72 seats in the restaurant and bar area.