Is this a historic find? Contractor wants to learn more about it 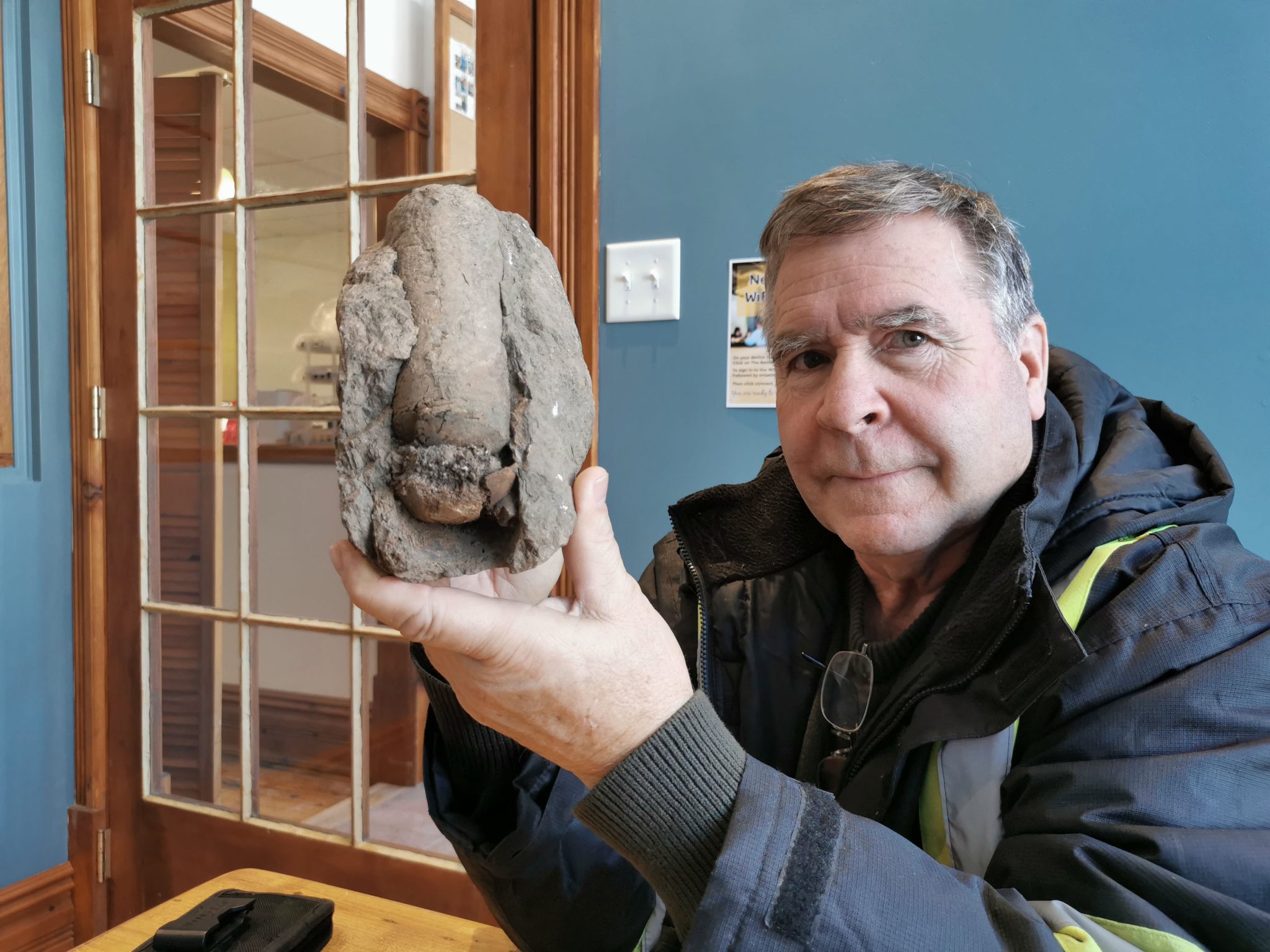 Contractor Philip Bradley thinks this find on Greenlane Road is from thousands of years ago.

When contractor Philip Bradley moved a rock aside as he set about building a deck for a client, he stopped to take a closer look.

“The lady I was working for told me I might find the rock interesting. She had found it some time ago,” Bradley said.

And she was right. Bradley took one look at it and immediately thought the rock, which the property owner had found years ago along a fence line, was significant.

“This looks like some kind of bone and it is encased in rock,” Bradley said, pointing to what does, indeed, resemble a bone from an animal. He also brought along some fragments in a bag which he says came away from the top of the bone, where cartilage, or other material, may have been.

Bradley obtained permission from the owner to show the find to The Review, but he would like to authenticate it.

This area was submerged under the Champlain Sea between 13,000 years ago to about 10,000 years ago. As the continent was slowly rising above sea level, the sea was shrinking.

Evidence of the sea can be found locally in the form of fossils of whales, belugas, walruses and marine shells as well as fish. It is thought that Leda clay deposits are found in the areas where the water was the deepest.

The Review publisher has sent photos of the find to a paleontology expert at the Canadian Museum of Nature in Ottawa. We will keep you posted. 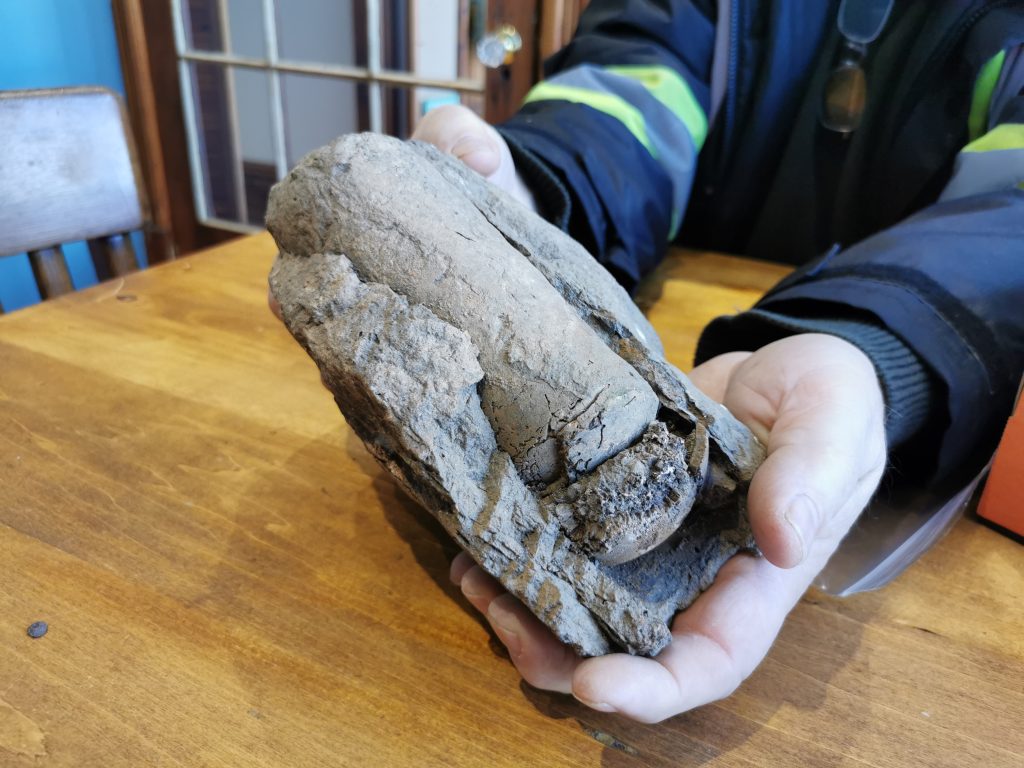 At the end of what appears to be a bone, some parts have fallen away and Bradley had placed pieces which had come loose into a bag. See photo below.
PHOTOS: LOUISE SPROULE 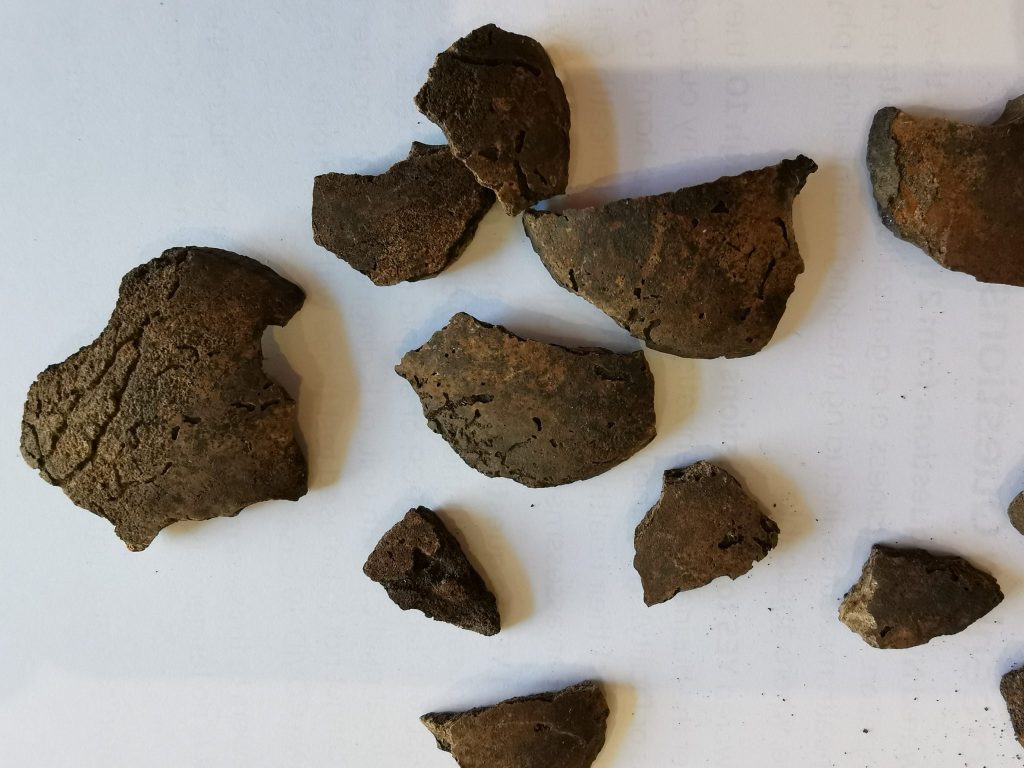