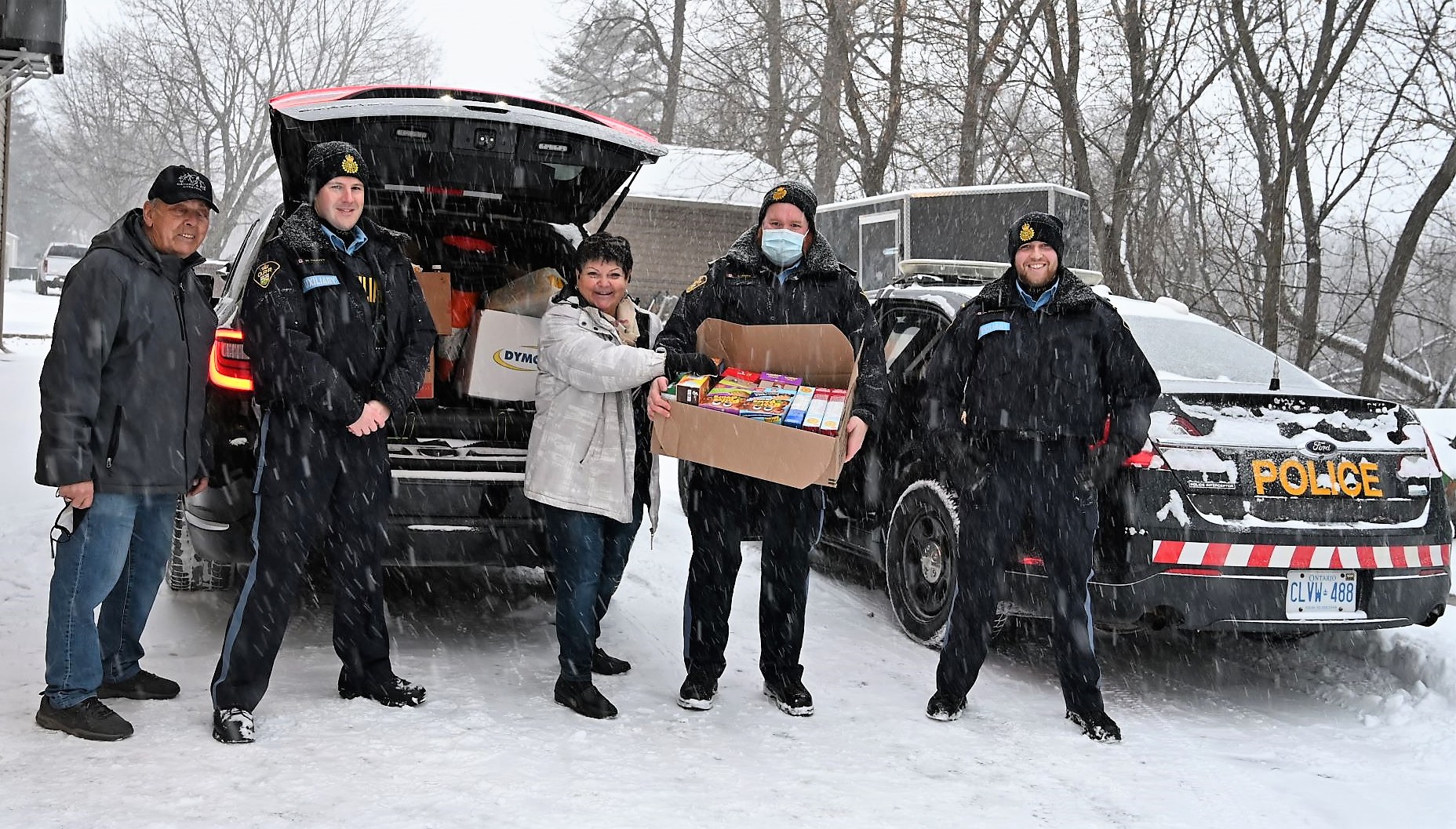 Denis Rivet (left) and Ginette Rivet (centre) of the Good Neighbours Food bank in Embrun accept donations from officers with the Russell OPP detachment on Saturday, December 18. The donations were raised from the detachment auxiliary’s ‘Stuff a Cruiser’ event held at Co-Op Your Independent Grocer in Embrun. Photo: Garth Short

On December 18 and 19,  the Russell County Ontario Provincial Police (OPP) Auxiliary members held a ‘Stuff a Cruiser’ event to collect funds, food and other non-perishable items for those in need.

Auxiliary officers were stationed at the Co-Op Your Independent Grocer in Embrun, and Russell Foodland in Russell the following day. With the community’s support and generosity, the Russell County OPP detachment was able to raise more than $6,000 in cash and hundreds of dollars in food donations. All donations went directly to the Good Neighbour’s Food Bank in Embrun.

Russell County OPP members would like to thank both Co-Op Your Independent Grocer and Russell Foodland for allowing them to collect donations outside their businesses. Without their support, the events could not have taken place. Thank you for helping us ‘Stuff a Cruiser’! 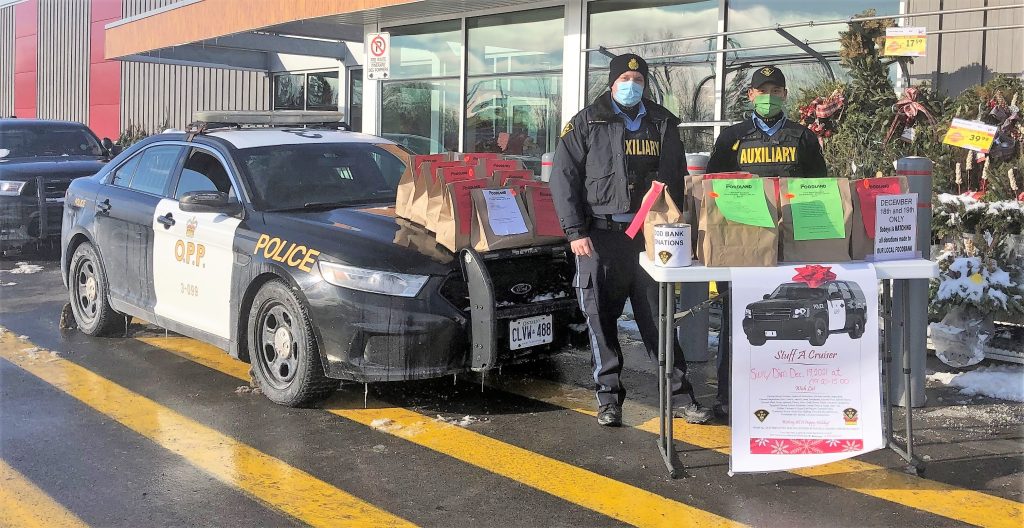