This Week in Local History – December 15, 2021 – The Review Archives – Celebrity train whisks by in 1921, Businessman bounced after 1896 shooting 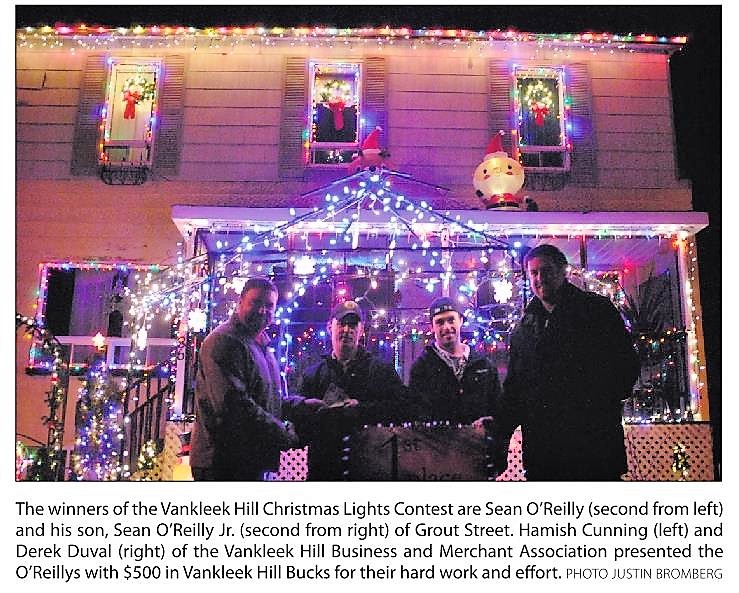 Photo from the December 21, 2011, edition of The Review. Click on the photo to see it in full size with the original caption. REVIEW ARCHIVES PHOTO

10 Years ago
Argenteuil MNA Whissell resigns
The Review, December 21, 2011 – LACHUTE – MNA David Whissell tendered his resignation with the Quebec National Assembly on Friday, December 16, after nearly 14 years as the deputy of Argenteuil. Whissell said he was leaving public office to pursue another career as an entrepreneur, taking advantage of his background as an engineer and dedicating more time towards his family.

75 Years Ago
VCI ‘At Home’ held
The Review, December 19, 1946 – VANKLEEK HILL – The VCI Literary Society and the student body held their Parent’s Night and Commencement exercises last Thursday, along with the ‘At Home’ on Friday evening. The gymnasium, where lunch was served, had a false ceiling of red and white streamers and the refreshment table in the centre of the room was decorated with flowers, evergreens and candles.

100 Years Ago
Celebrity train whisks by
The Review, December 16, 1921 – VANKLEEK HILL – Sunday was not April 1, but nearly 300 citizens gathered at the CPR depot on Sunday afternoon in order to get a glimpse of General Foch on his way to Montreal. All trains stop in Vankleek Hill, but on this occasion the CPR had on an engine which could carry enough water from Ottawa to Montreal. Hence, the distinguished Frenchman’s train whisked through here at 45 miles an hour. Spectators at least saw the train.

125 Years Ago
Businessman bounced after shooting
The Review, December, 1896 – VANKLEEK HILL – One of our young businessmen, young in years and in business here, took a very unceremonious leave of town on Tuesday. Deputy-Sheriff Wright was here Tuesday afternoon looking for him with a warrant. It appears that last week he was mixed up in a shooting scrape near L’Orignal over a robe he had lost from his buggy and which was found on the road by some young men. In the dispute over its ownership, a shooting took place, but fortunately no one was injured.