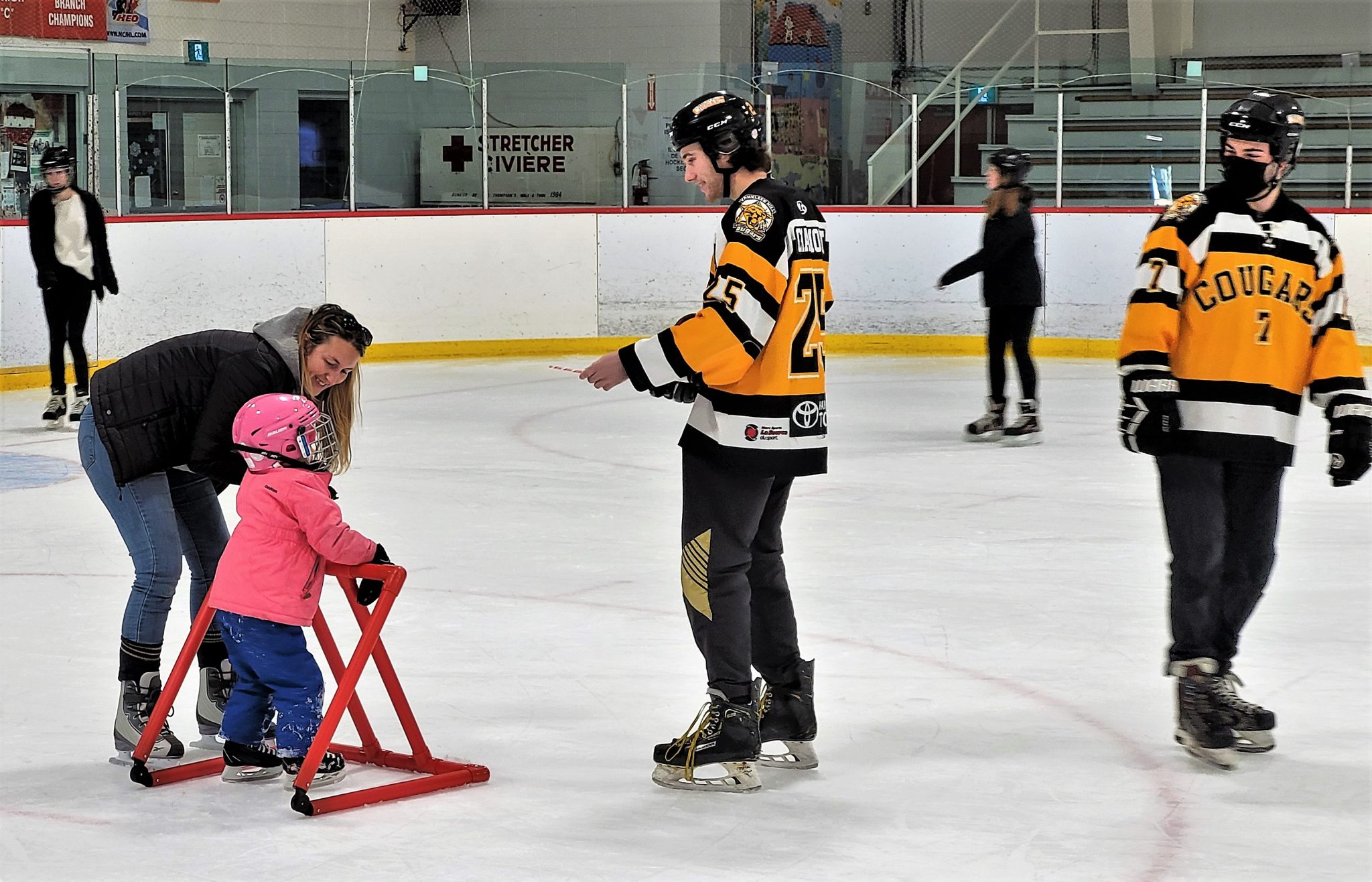 Vankleek Hill Cougars players Justin Chaumont (25) and A.J. Kelly (7) offer a candy cane to a young fan at the team’s skate with Santa event on Sunday at the Vankleek Hill Arena. The event was held to raise donations for the Vankleek Hill Food Bank. Photo: Reid Masson

The Vankleek Hill Cougars had a large turnout for their skate with the public on Sunday, December 12, as the team raised donations and funds for the Vankleek Hill Food Bank.

Approximately three dozen parents and their children joined players from the current squad at the Vankleek Hill Arena from 9 a.m. to 10 a.m. After 30 minutes of skating, Santa Claus joined the activities and kids posed with jolly St. Nick and the players, as their parents captured the memories in photos.

The Vankleek Hill Juhior C hockey club has held fundraisers for the food bank for the past several year, however this was the first time it was done as a public skate with the players and Santa. Admission for the event was a non-perishable food item donation to the food bank, which is currently holding its Christmas basket drive.

“It’s our first year having a skate with Santa and we got a better turnout than we expected,” said a beaming Greg McEachern, co-owner of the Cougars, who thanked the players and public for their support of the food bank. “The community is great, they’re just great”

The Cougars will continue to collect for the Vankleek Hill Food Bank right through next Saturday’s (December 18) home game against the St-Isidore Eagles. A donation barrel will be set up all week at the Vankleek Hill Arena, and attendees at Saturday’s game are encouraged to bring a donation for the food bank. 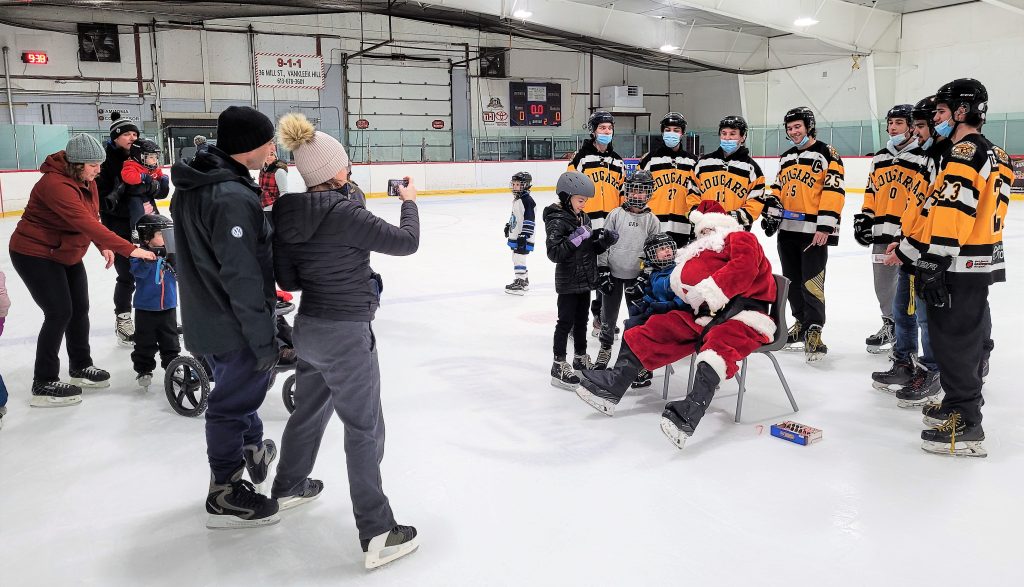