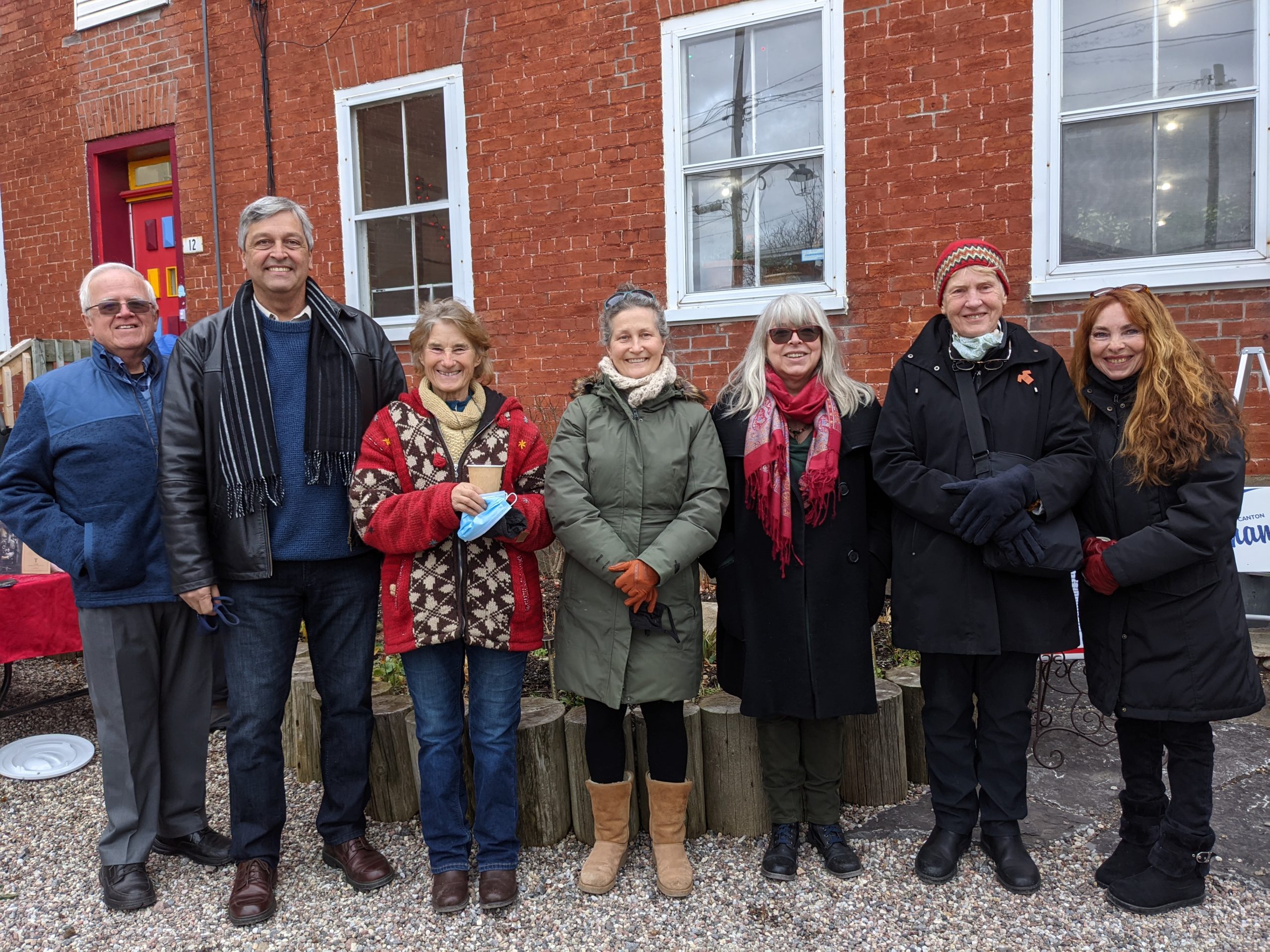 Champlain Township Mayor Normand Riopel thanked the members of the Arbor Gallery and the Vankleek Hill Mural during his speech at the unveiling of the newly painted Vankleek Hill Community Patchwork at the Phil Arber Memorial Garden on November 20.

The mural can be seen at 10 Main Street, at the corner of Highway 34, on the exterior wall of Totem Roasters. Originally painted by artists Elisabeth Skelly and Odile Têtu more than twenty years ago, the mural marks one of the important entrances to downtown Vankleek Hill and contributes to the historical character of the village.

Gary Barton, former Mayor of Champlain Township, had the honour of presenting and thanking all the artists and community members who made the patchwork possible, including Champlain Township, which was an important financial partner in the accomplishment of this project:

“A project like this could not happen without the involvement of many people to plan the fundraising, the repainting of the mural, the volunteers in the community and the collaboration of the current owners of the building on which this mural appears, Mayor Riopel said. “Thank you all for your efforts and hard work.”

“The entire Council, administration and I are proud to have contributed financially to this piece of art. In addition to supporting our downtown revitalization efforts, this patchwork will certainly contribute to the residents’ pride and sense of belonging to their neighbourhood, especially since many of them participated in it.”

This project was possible thanks to many people including the artists, Lorie Turpin, Susie Fairbrother, Bridget Macdonald, Sylvie Bouchard and many others as well as Elisabeth Skelly and Odile Têtu, the original artists; Derek Evans who started the renovation project in 2018;  Carl Dubé and Nancy Kaudel of Totem Roasters and their helpers who carefully removed the old mural and re-installed the new one; the MC Gary Barton; the Arbor Gallery, including former president Mark Greenwald and Samme Putzel whose late partner Phil Arber spear-headed the painting of the three original murals in Vankleek Hill;  Totem Roasters and Vankleek Hill Foodland who provided coffee and cookies to the ceremony participants; and to all the other contributors who helped and participated in the project.