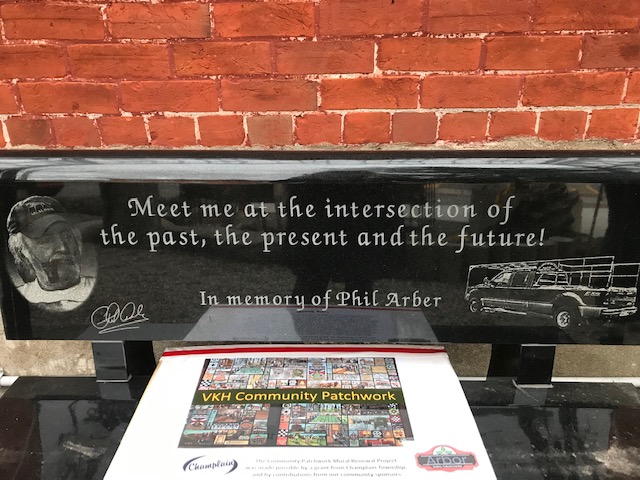 Samme Putzel reminded everyone present of Phil Arber’s favourite quote, so appropriate for the occasion.

The new version of Vankleek Hill’s Community Patchwork Mural was officially unveiled last Saturday, November 20, at the Phil Arber Memorial Garden, across from the mural at the corner of Highway 34 and Main Street.

The event was organized by the Arbor Gallery to acknowledge the work of many key players in the completion of this project. Emcee Gary Barton, former mayor of Champlain Township, reminded the audience of some of the history of the Community Patchwork Mural – the original having been painted approximately 25 years ago. Current Mayor Normand Riopel was the first guest to address the crowd, highlighting the contribution of Champlain Township, that had awarded Arbor Gallery with a substantial grant to carry out the project.

Artist Lorie Turpin, who coordinated the artists for the reproduction of the mural, then addressed the crowd, thanking everyone present and telling a few anecdotes about the process. Elisabeth Skelly, one of two artists who painted all of Vankleek Hill’s murals, followed and spoke about the history of the original mural project and the involvement of the late Phil Arber.

Introduced by Gary Barton who good-naturedly called a person of courage, for being the muse and force behind Arber’s numerous accomplishments for the village, Samme Putzel, delivered an inspiring tribute to the community.

“(Phil) would have been happy today, as we gather here,” Putzel said. “As he liked to say ‘At the intersection of the past, the present and the future!’”

Barton closed the ceremony, emphasizing how important it was for the upcoming generation of volunteers to carry the torch, preserving the legacy of all who came before, and contributing to strengthen and enrich the community. He then thanked the Arbor Gallery for organizing the event, as well as Totem Roasters for not only providing hot coffee that was appreciated by all, but owner Carl Dubé and team who helped take down the original mural and recently put up the new one.

Sylvie Bouchard, on behalf of Arbor Gallery, concluded with words of thanks for everyone involved in any manner in the project, and to Foodland for having provided baked cookies for the occasion.

“Art is all around us – it is in our heart, and in our way of looking at the beauty of things, people and souls,” said Bouchard, thanking everyone who attended. 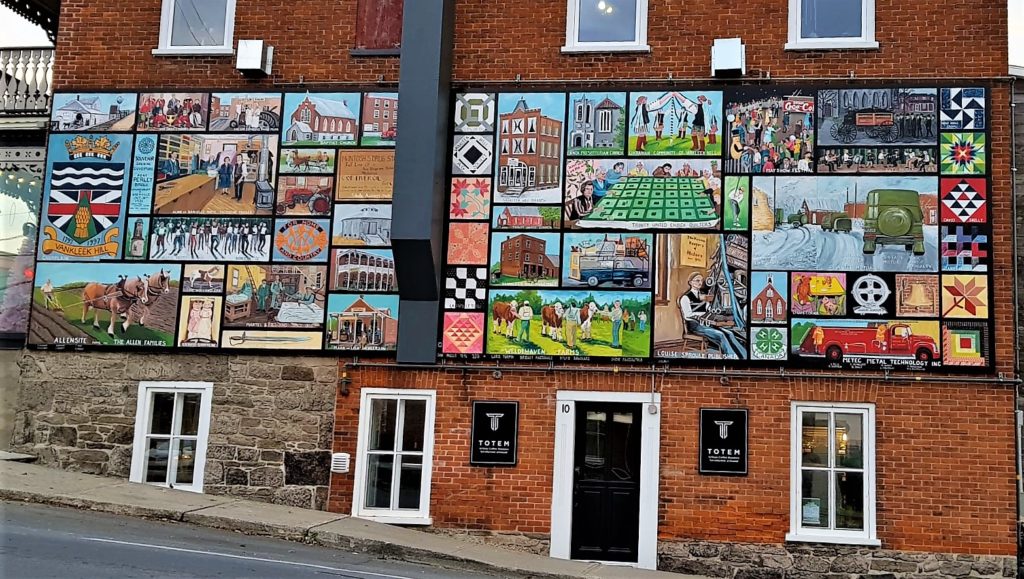 The new Community Patchwork Mural can be found at the corner of Highway 34 and Main Street in Vankleek, on the south side just west of the traffic lights in the village. 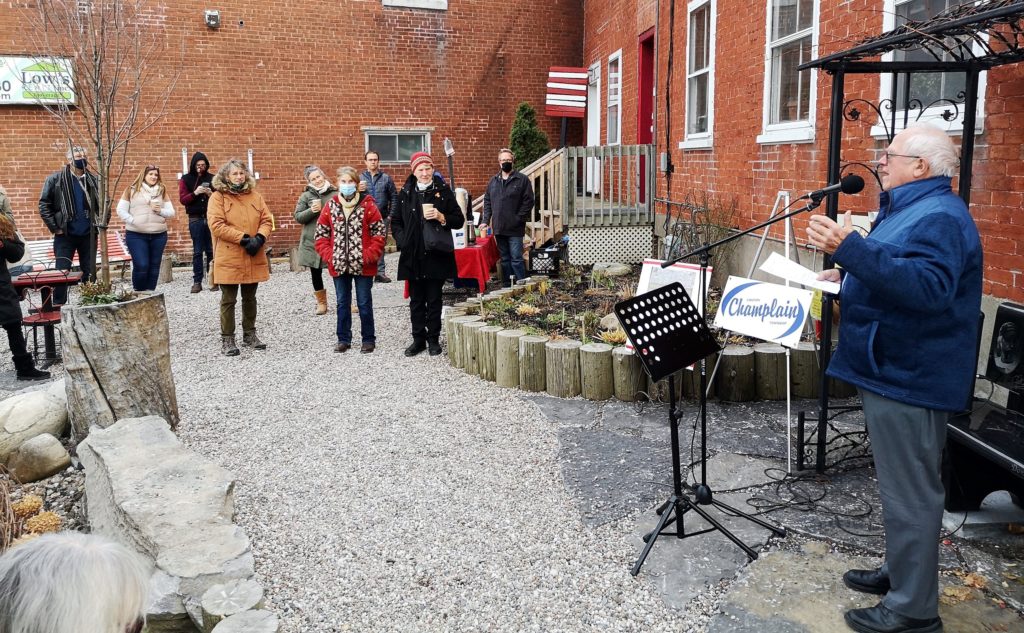