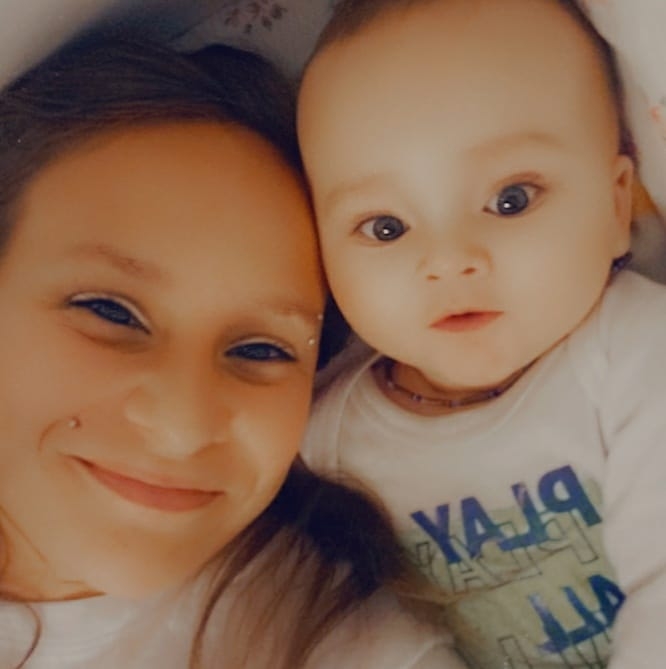 Mélissa Girard, seen here with her son Zackiël, died after being struck by a car while crossing McGill Street in Hawkesbury. PHOTO COURTESY JESSICA GIRARD

Mélissa Girard loved her baby son Zackiël, her family and she loved to walk.

The young Hawkesbury mother, who died after being struck by a vehicle on McGill Street in Hawkesbury on Friday, November 12, was remembered on November 18 by friends and family at a memorial at the spot where she was struck. The 27-year-old was on the way back to her Portelance Street home from one of her regular walks, and was crossing McGill Street after picking up a coffee at the Tim Hortons outlet when she was hit.

“She was a girl with a big heart,” said Mélissa’s sister Jessica Girard, who is just one year younger than her sibling. “She liked to walk – she walked a lot.”

Jessica and Mélissa were born in Montreal, but moved with their mother Manon Bergeron to Alexandria, Ontario, when Jessica was six years old. The family moved to Hawkesbury about five years ago.

Jessica spoke to her sister on the morning of the accident and said she was in good spirits. Mélissa told her younger sibling that she was planning to apply for a job at the Tim Horton’s on Main Street in Hawkesbury.

Jessica Girard suffered significant medical issues over the summer, and says she remains in disbelief that her sister – who was in perfect health – is gone so suddenly, leaving the family to grapple with funeral costs and to ensure care for Mélissa’s infant son Zackiël, who is just seven months old. A gofundme page has been set up to raise funds to care for the infant, and to help pay for Mélissa’s funeral.

“All I can think is how could this happen?” said Jessica Girard, speaking the day after the memorial for her sister. “I cannot live without her.”

Pointing out the lack of sidewalks leading on McGill Street in the section where the accident occurred, Jessica said the municipality needs to take steps to ensure pedestrian safety in the area. As the main route to the Long Sault Bridge, which takes motorists across the Ottawa River into Quebec, McGill Street sees heavy traffic levels each day – with many out-of-town motorists using the route.

“People don’t (drive the speed) limit – they go faster,” observed Jessica Girard, who contacted the Ontario Provincial Police to provide an officer to direct traffic at the memorial. “That’s why we asked to have police, because we didn’t want to be hit too.”

In addition to the lack of sidewalks, Jessica Girard said there should be some sort of crosswalk on McGill to allow pedestrians to cross the street safely to the Tim Hortons and Subway outlets on the west side of the street.

“How do you want to go to the other side (of the street)?” the victim’s sister pointed out. “You can’t fly – you need to walk.”

Anyone wishing to help out the family can donate to the gofundme page at https://www.gofundme.com/f/pour-mlissa-et-zackil . There will also be a fundraiser held at the Windsor Tavern in Vankleek Hill on the evening of Friday, November 26. Proceeds from the Steak Night dinner on November 26 at the Windsor will be donated to gofundme totals. 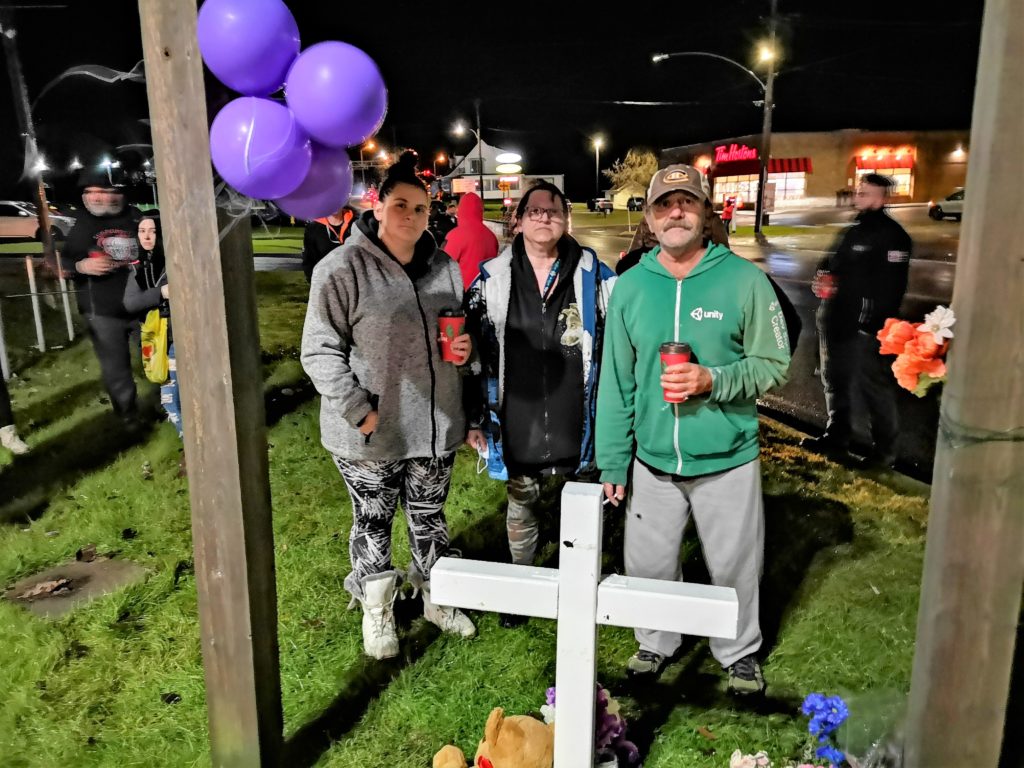 Jessica Girard (left) the younger sister of Mélissa, with her parents Manon Bergeron and Guy Girard, at a memorial for their daughter held on Thursday, November 18. PHOTO: REID MASSON 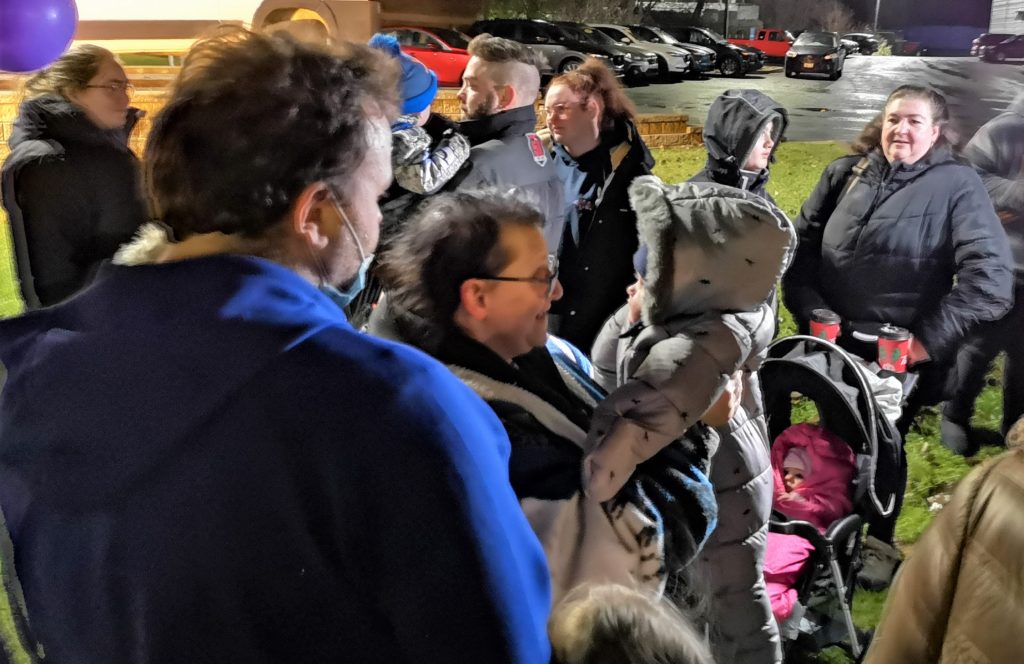 Manon Bergeron, the mother of Mélissa Girard, with the young woman’s orphaned son Zackiël at the memorial held for his mother last week in Hawkesbury. The family is raising funds to help pay for the infant’s care and for Mélissa’s funeral. PHOTO: REID MASSON 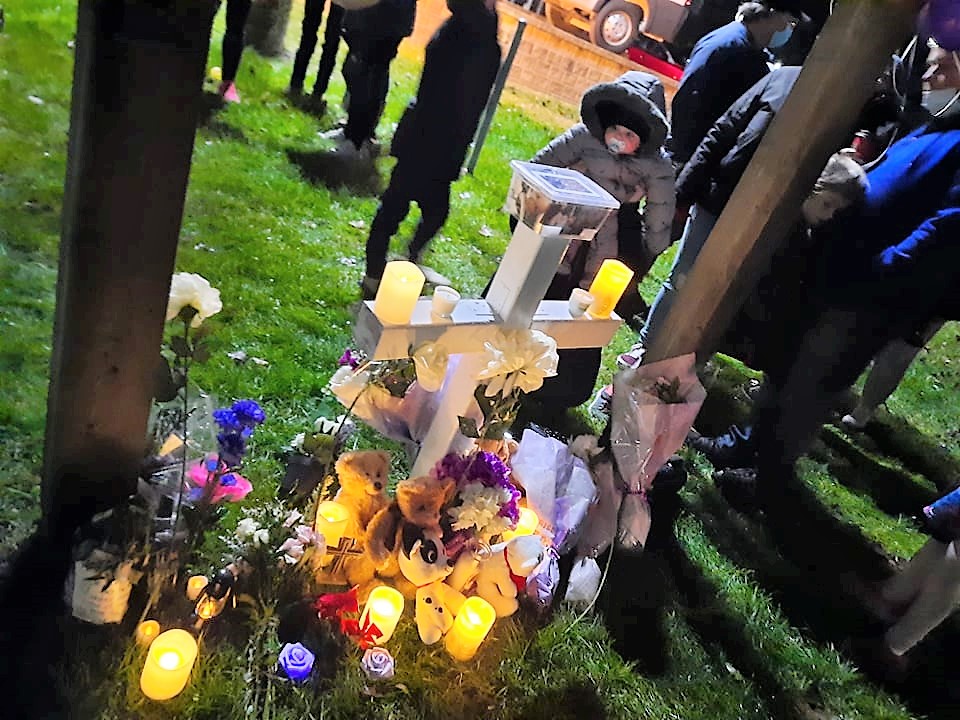 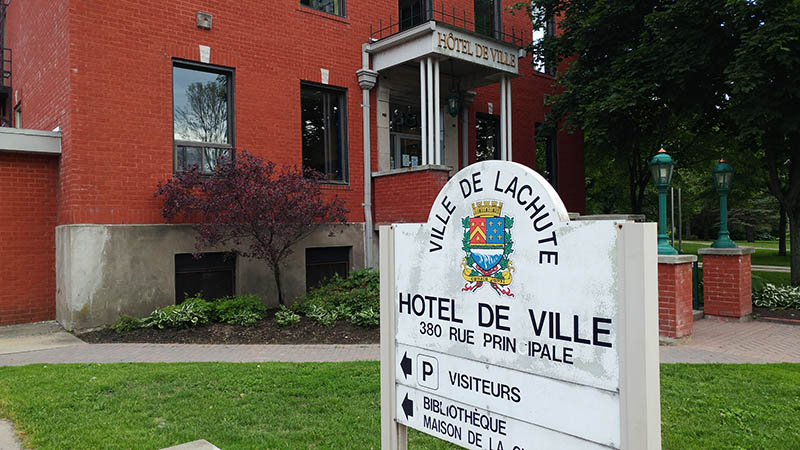 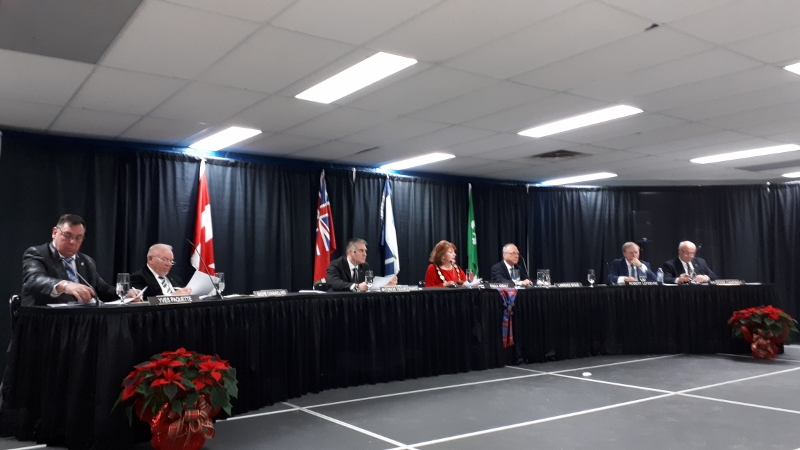 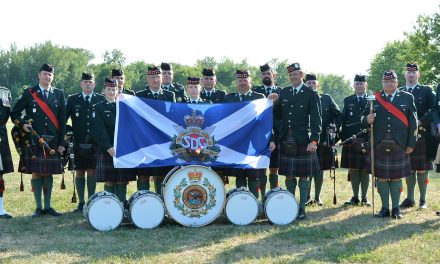