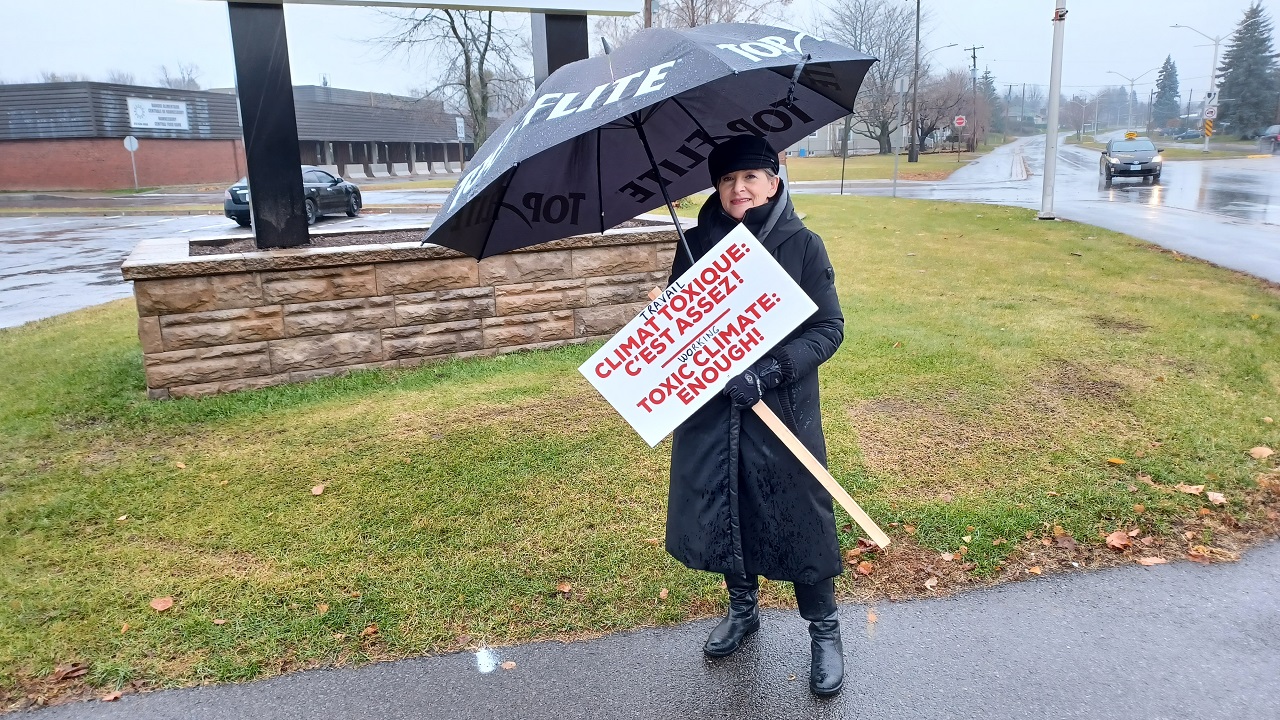 It is unusual to see a mayor picketing outside the town hall of the municipality they govern, but that is precisely what Hawkesbury Mayor Paula Assaly has been doing lately during weekday lunch hours.

Assaly said her daily walks, where she can be seen carrying a sign that calls for an end to a toxic work climate at the town hall, are meant to draw attention to the truth about the situation inside the big brick building on Higginson Street.

The mayor alleges that a confidential report in 2014 identified problems in the work environment and adds that nothing has been done about it.

“When are we going to stop this issue which is eating away at our municipal government?” Assaly asks in a statement she shares with those who ask why she is picketing.

Assaly said certain council members were lacking in their duties to look after the best interests of the municipality when they approved the hiring of Chief Administrative Officer (CAO) Dominique Dussault, because she was already in conflict with the mayor regarding a previous complaint to the Integrity Commissioner.

Assaly says that conditions at the town hall are “not normal,” hinting that problems stem from upper management.

Dussault, who was already serving – and continues to serve – as the town’s Human Resources Manager was appointed CAO on March 29, 2021.

The Mayor said certain councillors are playing political games and sweeping problems under the carpet, rather than addressing them. Assaly stated that four Hawkesbury town councillors, whom she calls “members of the opposition,” have chosen not to act on the situation.

Assaly alleges the work environment at the town hall has caused employees to become discouraged, to cry at work, to suffer from anxiety attacks, and to go on medical leave.

“I will walk every day from 12 p.m. to 1 p.m. in favour of a safe and healthy climate for our employees, until council takes measures to address the situation,” Assaly promised. “It is time to take action.”

Assaly said she believes the issue should not be a question of political games but rather about taking responsibility for a situation.