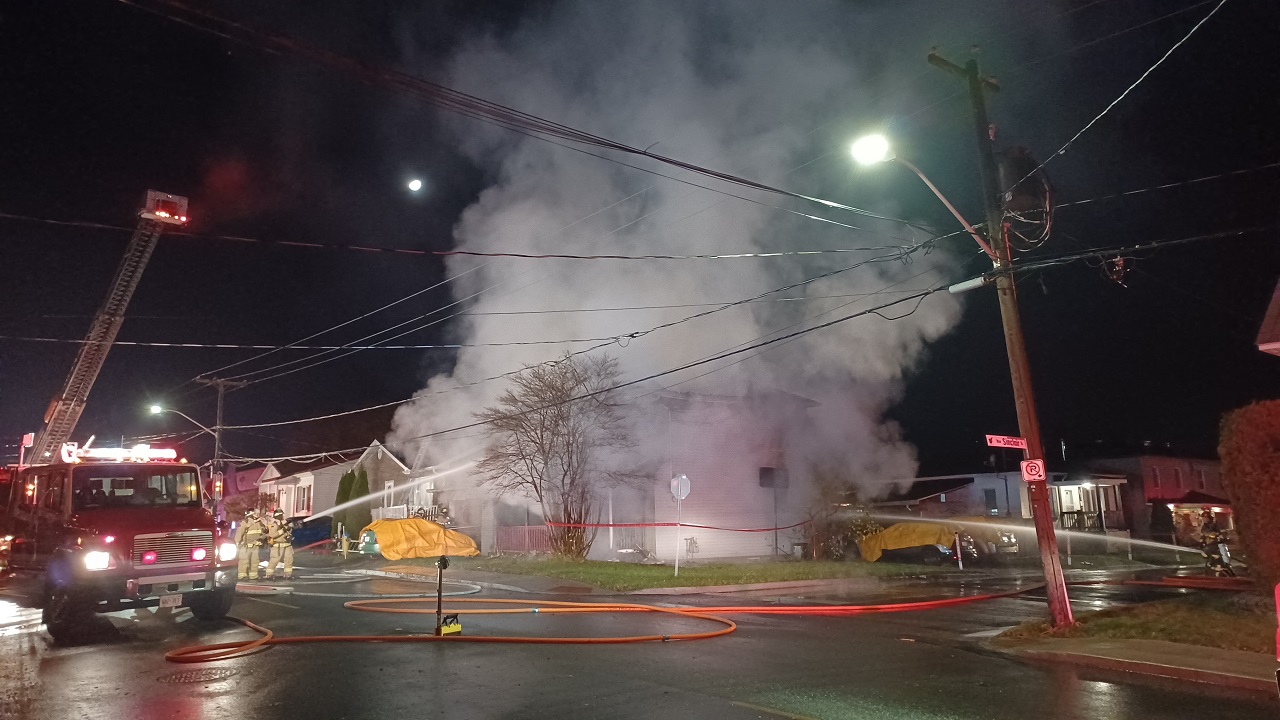 Fire destroyed this house at the corner of Cameron and Sinclair Streets in Hawkesbury on Friday, November 12. Photo: James Morgan

Three departments responded when fire destroyed a house on Cameron Street on the night of Friday, November 12.

According to the Hawkesbury Fire Department, the call to the house at the corner of Cameron and Sinclair Streets was received at 8:46 p.m. Firefighters were already busy at a fatal vehicle collision on McGill Street, and some firefighters left the collision for the fire while others remained at the scene.

Firefighters from L’Orignal and Grenville were called to assist on Cameron Street, while the East Hawkesbury department temporarily agreed to cover any other calls in the Town of Hawkesbury, if necessary.

The house on Cameron Street is a total loss. A woman was treated at Hawkesbury and District General Hospital for serious, but non-life-threatening injuries. Damage is estimated at $250,000.

Firefighters were at the scene until 6 a.m. Saturday. According to the Ontario Provincial Police, the cause of the fire is not considered suspicious.

A friend of the couple who lived in the house has started an online fundraiser for them at https://gofund.me/48b79cc5 . 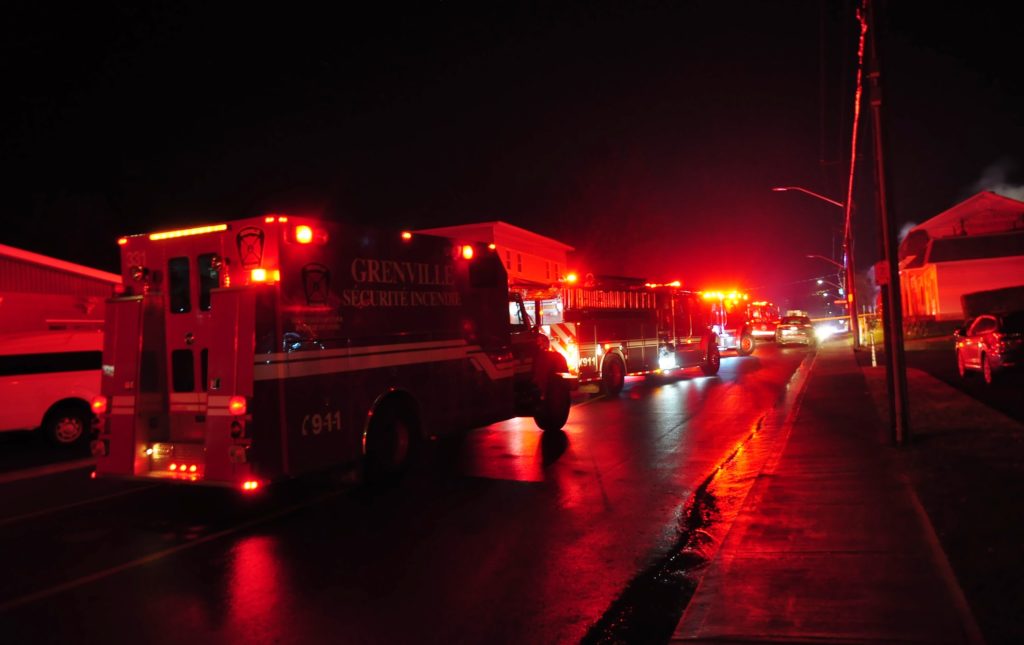 Firefighters from L’Orignal and Grenville were called to assist the Hawkesbury Fire Department with a fire on Cameron Street on Friday, November 12. PHOTO: BARRY GOUDREAU